An expert blogger on FastCompany.com, Forbes.com and The Huffington Post, Wakeman’s ideas have been featured on the TODAY Show, The Wall Street Journal, The New York Times, Business Insider, The Daily Muse, Success.com, and SHRM.com. She’s written three books, Reality-Based Leadership: Ditch the Drama, Restore Sanity to the Workplace, & Turn Excuses into Results (Jossey-Bass; 2010,) The Reality-Based Rules of the Workplace: Know What Boosts Your Value, Kills Your Chances, & Will Make You Happier (Jossey-Bass; 2013) and No Ego: How to Cut the Cost of Drama, End Entitlement and Drive Big Results (St. Martin’s Press; 2017.)

Wakeman is a highly sought-after conference headliner and holds a Certified Speaking Professional (CSP) designation from the National Speaker’s Association, placing her within the top 3%of speakers. In 2017 and 2018, she was named as one of the Top Global Leadership Gurus by Global Gurus, a Top 100 Leadership Expert to Follow on Twitter, and was deemed “the secret weapon to restoring sanity to the workplace.” Cy lives with her husband and 8 sons in Waterloo, Nebraska. Read Less ^

TEDx: Ditch the Drama – How to Live Happy in a Messy World

How Your Mind Works and Leads You to Drama

No Ego: How Leaders Can Cut the Cost of Drama, End Entitlement & Drive Big Results

Most leadership philosophies are grounded in two completely faulty assumptions — “change is hard” and “engagement drives results.” Those beliefs have inspired expensive attempts to keep change from being disruptive to employees. Rather than driving performance and creating efficiencies these programs fuel the Emotional Waste, Entitlement, and Drama that drags down organizations. Read More >

Over the past three years, Reality-Based Leadership, in partnership with the Futures Company, conducted proprietary research in our client organizations. The findings affirm what we’ve observed in our 20+ years of experience doing Reality-Based work in hundreds of organizations: when employees indulge in distracting drama, learned helplessness, low accountability, lack of self-awareness, and ego-driven behavior it comes at a significant cost to their organizations. We now know it can easily consume up to three months per year of each employee’s time — potentially billions of dollars annually in the U.S. alone. That’s the Drama Quotient.

At Reality-Based Leadership, we propose a radically different approach to leadership. Changing the ways leaders think and the strategies they use in their work is a serious and critical economic issue. A leader’s role shouldn’t be — cannot be — to motivate employees. That is a choice employees make. Instead, a leader helps others develop the great mental processes they need to eliminate self-imposed suffering and choose to be accountable for driving results.

Today’s challenging business environment is calling for a new type of leader. We need those willing and able to recreate mindsets (their own and that of others) and change an organization’s culture in order to lead in a bold new way. Read More >

The Reality Revolution begins with a few good leaders who are able to quickly see and radically accept the reality of the situation, conserve precious team energy, and use that energy instead to impact reality. A great Reality-Based Leader anticipates the upcoming changes and capitalizes on the opportunity inherent in the situation without drama or defense.

The principles of Reality-Based Leadership include: Read Less ^

Business Readiness: Ensuring Our Teams Are Ready for What’s Next

In this high energy session, Cy Wakeman will help leaders understand their heightened responsibilities in delivering teams and talent that are ready for what’s next along with strategies to ensure that teams able to quickly adapt and change and deliver on the needs of the organization to provide relevant, high- value, services in even mature markets. After all, change is only hard for the unready.

Hardwiring Accountability into Your Workforce

Everyone talks about accountability, but few organizations are actually able to deliver it. This presentation breaks down the core competency of personal accountability and offers a plan for coaching and developing accountability at all levels. Read More >

For years, our organizations have been investing time, money and energy into engaging our employees based on the promise that engagement drives results. While engaging our employees is critical, it turns out that engagement isn’t enough. Engagement without accountability is chaos. In this dynamic, provocative and groundbreaking presentation, you will be introduced to the concept of Reality-Based Engagement, where accountability and engagement intersect to produce awesome results. This will include some practical guidance for how to cultivate the power of personal accountability within your organization.

"Cy Wakeman is a dynamic speaker with an uncanny ability to communicate a message to an audience. Cy understands human behavior and has the ability to get to the heart of the subject in such a way that everyone in the audience relates to her. I see audiences highly charged for action when Cy has completed her presentation."

"Cy is awesome—a very captivating speaker. Cy is one of the most sought after speakers in the Midwest. Her presentations 'Leading Successful Change—The Competency of Competitive Advantage' and 'Coaching Leaders to Lead Successful Change Efforts' were extremely well received with 96% of attendees rating the lunch session Excellent-Good and 98% of the tech session attendees rating it Excellent-Good."

"Whether it’s enhancing professional development through the 'Leadership Lessons of Lewis & Clark,' or instituting organizational change by 'Succeeding in Spite of the Facts,' Cy’s explicit energy, compelling anecdotes, and creative facilitation style provided Iowa State University and University Extension Staff with the tools to affect positive change. Post-conference conversation was buzzing with plans to implement Cy’s strategies within and across colleges and departments."

- M.S. Outreach Coordinator Program for Women in Science and Engineering

"Cy “'WOWED' everyone in attendance! Cy Wakeman has been one piece of a significant investment over the last five years in developing our organization’s leaders. One very important piece! Cy is dynamic, engaging, on point, and does a great job getting at the proverbial ‘elephants in the middle of the table!'"

No Ego: How Leaders Can Cut the Cost of Workplace Drama, End Entitlement, and Drive Big Results

Reality-Based Leadership: Ditch the Drama, Restore Sanity to the Workplace, and Turn Excuses into Results

The Reality-Based Rules of the Workplace: Know What Boosts Your Value, Kills Your Chances, and Will Make You Happier 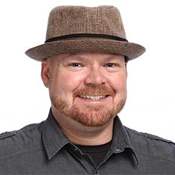