Daniel Yergin is a highly respected authority on international politics, economics and on energy. He is Vice Chairman of IHS and co-founder of Cambridge Energy Research Associates in addition to serving as CNBC’s Global Energy Expert. Dr. Yergin received the Pulitzer Prize for The Prize: the Epic Quest for Oil Money and Power, which became a number one New York Times best seller, has been translated into 17 languages and was made into an eight hour PBS/BBC series seen by 20 million people in the United States. Read More >

The recipient of the United States Energy Award for “lifelong achievements in energy and the promotion of international understanding,” Dr. Yergin is the author of the new bestseller The Quest: Energy, Security, and the Remaking of the Modern World, which has been hailed as “a fascinating saga” about the “quest for sustainable resources of energy,” and  “the book you must read to understand the future of our economy and our way of life,” not to mention “necessary reading for C.E.O.’s, conservationists, lawmakers, generals, spies, tech geeks, thriller writers. . . and many others.”

Other books by Dr. Yergin include The Commanding Heights: The Battle for the World Economy, co-authored with Dr. Joseph A. Stanislaw, received wide attention for its analysis and narrative on how “the world is changing its mind.” In addition, it was made into a 6-hour documentary that Dr. Yergin produced, which received three Emmy nominations and the New York Festivals Gold World Medal for best documentary.

Dr. Yergin serves on the U.S. Secretary of Energy Advisory Board and chaired the US Department of Energy’s Task Force on Strategic Energy Research and Development. He is a Trustee of the Brookings Institution, on the Board of the New America Foundation and on the Advisory Board of the Massachusetts Institute of Technology Energy Initiative.

Dr. Yergin received his BA from Yale University and his Ph.D. from Cambridge University, where he was a Marshall Scholar. An expert on international economics and globalization, Daniel Yergin shares with audiences unmatched compelling and informative insights into both the U.S. and world economies as they relate to energy. Read Less ^

The Quest: Energy, Security, The Remaking of the Modern World

The Prize: The Epic Quest for Oil, Money & Power

The Quest: Energy, Security, and the Remaking of the Modern World 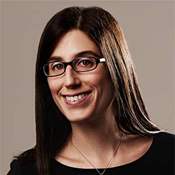