David Corn is a veteran Washington journalist and political commentator. He is the Washington bureau chief for Mother Jones magazine and an analyst for MSNBC and NBC News. He won the 2012 George Polk award and a National Magazine award for breaking the 47 percent video story that influenced the Obama-Romney presidential contest. For 20 years, he was the Washington editor of The Nation magazine. Read More >

Corn has written for The Washington Post, The New York Times, Los Angeles Times, The Washington Times, The Philadelphia Inquirer, The Boston Globe, Newsday, Harper's, The New Republic, The Atlantic, The Washington Monthly, LA Weekly, the Village Voice, The Independent, Elle, Slate, Salon and other publications and websites. He has blogged for AOL’s “Politics Daily,” The Huffington Post, CQ Roll Call, and The Guardian. For years he wrote the online column "Capital Games" for The Nation.

He is the author of three New York Times best-sellers—Showdown: The Inside Story of How Barack Obama Fought Back Against Boehner, Cantor, and the Tea Party; Hubris: The Inside Story of Spin, Scandal, and the Selling of the Iraq War (with Michael Isikoff); and The Lies of George W. Bush: Mastering the Politics of Deception—as well as the e-book 47 Percent: Uncovering the Romney Video that Rocked the 2012 Election. His novel, Deep Background, was hailed as one of the best novels of the year by Los Angeles Times. Corn is also the author of the biography Blond Ghost: Ted Shackley and the CIA's Crusades.

His most recent book, released in March of 2018, is a collaborative project with Michael Isikoff called Russian Roulette: The Inside Story of Putin’s War on America and the Election of Donald Trump. The book tells the tale of Moscow’s hacking of the 2016 election, including scoops on everything from President Obama’s true reaction to the Steele dossier to Donald Trump’s knowledge of his campaign’s links to Putin’s regime.

MSNBC host Chris Matthews said Showdown "is a great book—the real inside so try. If you want to understand the Obama White House and how Washington works, you have to read it." The Huffington Post called Showdown "a dramatic behind-the-scenes account of the decision making that occurred within the Obama White House following the disastrous-for-Democrats 2010 mid-term elections." The New York Times praised Hubris as "fascinating reading" and the most "comprehensive account" of the Bush administration's misleading sales campaign for the war. The Washington Post hailed Hubris as a book of "shocking clarity" and compared it favorably to Barbara Tuchman's classic March of Folly. Tom Brokaw of NBC News said, "Hubris is a bold and provocative book that will quickly become an explosive part of the national debate on how we got involved in Iraq." The Washington Post called The Lies of George W. Bush "a serious case… [that] ought to be in voters' minds when they cast their ballots. A painstaking indictment."

The Washington Monthly called Blond Ghost "an amazing compendium of CIA fact and lore." The Washington Post noted that this biography "deserves a space on that small shelf of worthwhile books about the agency." The New York Times termed it "a scorchingly critical account of an enigmatic figure who for two decades ran some of the agency's most important, and most controversial, covert operations." The Washington Post said Deep Background is "brimming with gusto… As clean and steely as an icy Pinot Grigio… [An] exceptional thriller." Los Angeles Times called it "a slaughterhouse scorcher of a book you don't want to put down.” The New York Times said, "You can either read now or wait to see the movie." PBS anchor Jim Lehrer observed that Deep Background is "a Washington novel with everything. It's a page-turning thriller from first word to last… that brings some of the worst parts of Washington vividly alive."

Corn contributed “My Murder,” a short story, to Unusual Suspects, an anthology of mystery and crime fiction. The story was nominated for a 1997 Edgar Allan Poe Award by the Mystery Writers of America and republished in The Year's 25 Finest Crime and Mystery Stories.

Corn has long been a prominent analyst on television and radio. He regularly appears on Hardball, The Rachel Maddow Show and other MSNBC shows. For years, he was a Fox News contributor, appearing on The O'Reilly Factor, Hannity and Colmes and On the Record with Greta Van Susteren. He was a regular panelist on the weekly television show Eye On Washington, which was syndicated on PBS stations across the United States. He was a guest host for CNN's Crossfire and a regular panelist on its Capital Gang. He has appeared on CBS News' Face the Nation, ABC News' This Week with George Stephanopoulos, PBS's Newshour and Washington Week in Review, the CBS Evening News, Fox News Sunday, CNN's Reliable Sources, The McLaughlin Group, C-SPAN's Washington Journal, and many other shows. He is a regular guest on NPR's The Diane Rehm Show and To the Point and has contributed commentary to NPR, BBC Radio and CBC Radio. He has been a guest on scores of call-in radio programs.

He is a Phi Beta Kappa graduate of Brown University. Corn has spoken, lectured or debated at many colleges and events, including Harvard, Brown, Cornell, Notre Dame, Yale, Amherst, University of Southern California, American University, University of Vermont, Arkansas State University, the Conference on World Affairs at the University of Boulder and the Chicago Humanities Festival. Read Less ^

What’s the State of American Politics?

Speaker David Corn has covered politics in Washington for over 25 years. He oversees a bureau of ten reporters and editors covering Washington. He writes on political developments and policy disputes—and he broke the “47 percent” story that influenced the 2012 presidential campaign. As a frequent guest on Hardball, The Rachel Maddow Show, CNN’s Reliable Sources, NPR’s “The Diane Rehm Show,” and many other talk shows, he often discusses the news of the day or week. He can readily discuss or debate the ups and downs of the Obama administration, the Republican-controlled House, and the current state of Washington.

What’s Right with the Left & What’s Wrong with the Right?

As a longtime progressive commentator who backs up his analysis with reporting, speaker David Corn can assess where both the left and the right are heading at the moment. Is the left on the rise? Is the right down and out? What’s the long-term significance of the Tea Party? Can the Republican Party mount a comeback? Have modern politics moved beyond the traditional battles? Corn can both defend liberal values and accurately assess the political temperature of the nation.

Using his years of expertise, speaker David Corn can dissect the coming congressional and presidential campaigns. He'll not only reveal who's up and who's down, he'll also survey the political landscape that lies ahead and tell you what to look for as dramatic elections approach. He can describe how he broke “47 percent” story in 2012 and how that dramatically affected the presidential race.

What’s the State of the American News Media?

Is the American news media too liberal or too conservative? Speaker David Corn, a longtime veteran of the media wars, offers a unique view of the media. The Washington press corps, he argues, is neither too far to the left or too far to the right: it is too biased toward official Washington. He will explain how the national media gets the story right—and how it gets it wrong. (His book, Hubris, was a behind-the-scenes account of how the Bush administration brought the country into the Iraq War—and how the media failed to cover that story.) He can also discuss how the news media are changing—or failing to change—in these days of economic downturn and Internet upheaval.

National Security in the 21st Century

Russian Roulette: The Inside Story of Putin’s War on America & the Election of Donald Trump

The author of the new book Russian Roulette: The Inside Story of Putin’s War on America and the Election of Donald Trump, David Corn unveils the ins and outs of the 2016 election. An expert on the backstory of one of America’s greatest contemporary scandals, Corn gives audiences the inside scoop on what really happened. If you want to know what President Barack Obama’s reaction was to the infamous Steele dossier, or if Donald Trump was aware that his campaign was reaching out to Putin’s regime and if there was a spy in the Kremlin, then this is a must hear speech for you.

"Overall, the event was great. We filled the house with about 600 and had to turn away a couple hundred very disgruntled students and faculty. Thanks so much for your great recommendation to bring Corn and Lowry here to debate. It was a pleasure working with APB."

Russian Roulette: The Inside Story of Putin's War on America and the Election of Donald Trump

The Lies of George W. Bush: Mastering the Politics of Deception 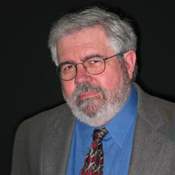 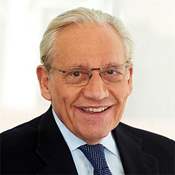