David McDonald has observed firsthand the exodus out of hundreds of cities, many over a period of several decades. He observed what cities did to try and regain their lost “vibrance.” Time after time, they made virtually the same mistakes and almost never seemed to win. Understanding the true nature of the exodus is critical to understanding the solution – and there is a solution. Several stellar cities did the right things to save themselves – mostly by accident. Yet every single time, when cities did these key things right thing, it worked… Always! Read More >

Of his book, Saving America’s Cities: A Tried and Proven Plan to Revive Stagnant and Decaying Cities, McDonald says, “This book gives you a very straightforward and mechanical approach to actually begin the process of saving your cities. It provides a true vision for growth in most of our stagnant and decaying cities –and even for our healthy ones."

Over the past 38 years, McDonald has founded two retail chains and co-founded two additional chains. His third chain, Fashion Accents, was sold to F. W. Woolworth in 1989 to be merged into their “Afterthoughts” Division. He has been Director of Development for one of the largest real estate investment trusts in the nation, and has directed the strategic growth initiatives of 13 retail chains, including Elder-Beerman Department Stores, dress shops, shoe stores, entertainment venues, and specialty food operations. He has worked in and analyzed hundreds of towns and cities all over the US.

Additionally, McDonald has managed a high-rise office building in downtown Charlotte, has managed and leased shopping malls and strip shopping centers, and has been in commercial lending and appraising. He is a demographic expert, having created his own demographic reports for 29 years, and has 9,600 pages of demographics in his office that he has worked with for almost three decades. He is a commercial pilot, and in the mid 1970s, the retailers he represented were so intent on moving their retail operations rapidly out of towns and cities and into the suburbs, that he would fly the country looking at “rooftops” to determine where to locate new and relocated stores. Read Less ^

In this riveting keynote speech, David McDonald will not only walk you through the true history of errors, but uncover how several cities have been rejuvenated and how their lessons can be applied effectively elsewhere. First, he looks at what really took retail, entertainment, and businesses out of many of our cities, examining the nature of the mistakes made. He will then walk you through the cities that have begun to regain their vibrance – how they did it and why it worked. You will learn the methodical and systematic way that you can begin the process of  saving your own cities. With customized statistics for the cities in your region, McDonald can provide the perfect roadmap for the future. 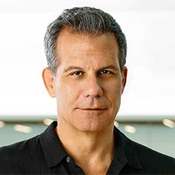 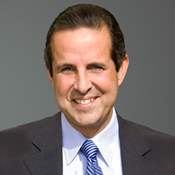