Dawn earned her undergraduate degree summa cum laude in 2012 from Eastern Oregon University with honors in communication and gender studies. She served on the committee to revise the university’s sexual harassment policy and received the “Women of Vision and Courage” award from the President’s Commission on the Status of Women (PCSW). She is a Phi Kappa Phi Kathleen Greey Fellow and was granted a full tuition teaching fellowship from Oregon State University earning her Master of Arts in Women’s Studies in 2017. She has served as a board member for Shelter From the Storm, has founded the non-profit E.S.T.E.A.M., (Empowering Successful Teens through Education, Awareness & Mentoring), and developed the “Mirrors of Me” girl’s art, writing and mentoring camp for at-risk and marginalized youth. In film, Dawn has worked as an associate producer and consultant on the movie “Wonderland” where actress Kate Bosworth portrayed her while actor Val Kilmer played John Holmes. In television, her story has been told on the Travel Channel (2011) Hidden City Crime Files: L.A., with Marcus Sakey, on the Investigative Discovery Channel (2013), Porn Star Pedophile, CBS KOIN Channel Six, The Road Through Wonderland, and featured on Human Trafficking in the United States, produced by the Crittenden Foundation & the Office for Victims of Crime (2016).

Nationally, Dawn is a consultant with the U.S. Department of Justice Office for Victims of Crime Training and Technical Assistance Center (TTAC.) She served as an Education Committee Advisory Board Member for the National Center of Victims of Crime out of Washington, D.C., The Americans Overseas Domestic Violence Crisis Center and Voices Set Free. She is a member of the trafficking survivor group, “Survivor 2 Survivor” (S2S). She has represented Val Kilmer in New York for the Volvo For Life Awards in both 2006 and 2008. Most importantly, Dawn spent over six years completing her memoir, The Road Through Wonderland, detailing her journey of survival (August 2010, Medallion Press.) Nominated for the R.O.S.E. (Regaining Ones Self Esteem) award in 2007, 2008, and 2009, and the Sunshine Peace Award 2010.

In 2016, Dawn received the trafficking survivor “Granting Courage” scholarship from the I.C.E. Foundation. She is an art and social justice writer-at-large for the magazine, Crixeo.com and regularly conducts memoir-writing workshops in the Los Angeles area.  In 2017, Dawn joined the board of directors at Face Forward, an organization that provides reconstructive surgery to survivors who have been disfigured by violence. Above all else, Dawn’s greatest joy is the privilege to be a parent to her talented and beautiful daughter. She is eternally grateful for her recovery. Read Less ^

The Faces of Trafficking: Combating Sexual Exploitation of Youth and Adults in America

A Family in Crisis

This eye-opening presentation brings audiences through a young girl's journey of surviving abuse and human trafficking and how she ultimately became a woman of leadership instilling hope in others. Dawn shines a light on the predatory tactics of abusers while simultaneously assisting teens in finding a way to steer clear of the life to which she fell prey.  Read More >

The Faces of Trafficking: Combating Sexual Exploitation of Youth and Adults in America

In this presentation, Dawn provides an in-depth and comprehensive view of the problem of sex trafficking in both urban, suburban and rural United States, the manifestations and challenges for vulnerable and diverse populations, and how communities can become true allies to protect and empower them. Read More >

This presentation examines the historical and current framework of sex trafficking and the rescue of youth and adults in the United States. Teaching the effects of intersectional oppressions through the lens of difference, power and discrimination, Dawn profiles the marginalized and impoverished who are vulnerable to sex trafficking, bringing them from the edges of obscurity into the vision of the advocates who seek to help them. Read More >

Our Throw Away Teens: Who Are They and How Can We Help?

Giving an insider's view of what it's like to be a "throwaway teen," Dawn seeks to raise awareness about the vulnerabilities faced by teens growing up in abusive and neglected environments. Audiences are informed about vital issues related to teen victimization and encouraged to work in their communities to better shelter the teen population through outreach and education.

Resilience in the Face of a Mountain: From Survival to Healing to Service

In this presentation, Dawn recounts her multiple-year journey to becoming a survivor, expert, trainer and teacher. From picking up the broken pieces of self, trauma-specific therapy, addressing drug, alcohol and co-dependency issues—to community service, motherhood, education and leadership—this is a journey of facing an insurmountable mountain to understanding that sometimes the mountain is a friend.

Media and the Victim: When Telling Your Story is Like a Punch in the Face

This presentation examines the multiple interview styles used by the media to write a victim's story, highlighting rape culture and misogynistic language that subsequently re-traumatizes the victim. Drawing from numerous interviews, media portrayals and reports of John Holmes and the Wonderland murders, Dawn addresses the adverse impact of mild-to-aggressive, oppressive language on a survivor and outlines the importance of trauma informed interviewing and reporting. Read More >

Help Me Sister: Strategies for Becoming an Effective Ally in the Anti-Violence/ Anti-Trafficking Movement

A history and presentation of how privilege helps and harms victims, advocates, organizations and the movement, with strategies for national and global comprehension of successful alliance. Dawn highlights the potential dangers of oppressing and re-traumatizing a victim's survivorship and outlines best practices to support the anti-violence/anti-trafficking movement.

Difference, Power, & Discrimination as a Basis for Trauma Informed Care

Understanding how to help a victim of violence (including trafficking) requires an analysis of not only the violence that they experience, but also an in-depth look into a person's social identity. Dawn demonstrates how difference, power and discrimination are socially constructed and how marginalization manifests pre-existing, often intersecting, trauma markers for various community members.

Participants will be challenged around implicit bias and assumptions about victims and survivors; explore the interconnectedness between barriers faced by traditionally underserved populations when trying to access various systems for support, and how those barriers may compound trauma.  Dawn provides an overview of strategies for developing survivor-defined, empowering, trauma informed and culturally responsive programming for survivors of violence. This presentation is designed to enhance an advocates understanding of trauma and trauma informed care while being better prepared to more effectively respond to the social complexities of survivor’s lived-experiences. Read Less ^

"Dawn was sensational. She did a great job sharing her story and engaging the audience. I have gotten lots of positive feedback. I have nothing but kind and wonderful things to say about Dawn and I would recommend her to speak at any conference, especially those geared toward trauma and survival."

"I have had the privilege of hearing Dawn speak on numerous occasions. Each time I find myself more in awe of her strength and tenacity. This graceful, beautiful woman has overcome more than most people could imagine. Dawn will take you on a journey you will never forget. As she weaves the story of her life from surviving the darkest depths of human suffering to her emergence as a national voice for throwaway teens, you will cry and you will laugh, but more than anything, and you will be inspired."

"Dawn Schiller’s keynote presentation at our Region Conference this year ranked as the highlight for many of our 450 attendees. The group was inspired and touched by her openness and willingness to share her impactful story with us. It delivered the exact message I had wanted it to, providing a real life example of why the work we do as an organization to help improve the lives of women and girls is so important. Dawn had the group on the edge of their seats as she recounted her “Road Through Wonderland,” and she took the audience down that road with her as she read aloud from sections of her book. I give my highest recommendation of Dawn Schiller as a keynote presenter and would welcome her back to speak again at any time!"

- Soroptimist International of the Americas

"We really enjoyed having Dawn deliver her presentation on throwaway teens to the staff at Mountain View Youth Development Center. Dawn’s powerful, personal story mixed with statistics and other stories was a great way to bring awareness to her audience. I heard more than one person comment that it was a great reminder to them of why we do the work that we do."

"Dawn Schiller is a survivor! She not only lived to tell of a horrendous adolescence, but she learned the gifts of compassion and forgiveness. She does not just tell of horrific abuse, but instead, she tackles relevant issues such as low self-worth, drug addiction and family relationships. Dawn Schiller is clearly a master communicator as she identifies how teens fall victim to predators and pedophiles as well as how to assist those who are in need of help. She is authentic and transparent – a true inspiration!"

"Dawn Schiller is a powerful presenter, advocate and mentor for throwaway teens. Her story will compel you to want to do more. Dawn’s experience is horrifying; however, to personally witness her resilience and her desire to help others is remarkable. Dawn is a success story, giving hope to the silent victims and engaging communities to be advocates for youth, who are looking for support and direction while navigating life’s many difficult choices. From drug addiction, teen dating violence, forced prostitution and homelessness, Dawn has risen above it all and it is a privilege to know her and become part of her journey."

"I had the pleasure of meeting Dawn when she did a presentation about human trafficking. Dawn is a inspiring person and I am honored to have been able to hear her speak and meet her. She gives me hope that victims of human trafficking can make it through and have a better life. Praise to Dawn for everything that she is and what she stands for. And thank you for giving me hope for a better future beyond being a human trafficking victim." 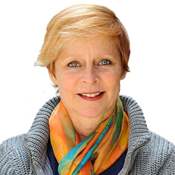