From his wildly successful role on ABC’s smash hit, Shark Tank, to his distinguished status as a Presidential Ambassador for Global Entrepreneurship, Daymond John has become globally recognized for his relentless commitment to promoting, supporting, and motivating entrepreneurs. Daymond initially made his mark as the entrepreneur and branding expert behind the groundbreaking lifestyle brand, FUBU, which has eclipsed more than $6 billion in global retail sales. From the streets of Hollis, Queens, Daymond started a global movement from the basement of his mother’s house by capitalizing on the then fledgling hip-hop culture. FUBU was undoubtedly a key development for the streetwear market, which today is a $20 billion industry. Read More >

Since then, Daymond has continued to challenge himself and the business world in which he operates. In 2009, Daymond was tapped by lauded television producer, Mark Burnett, to join the cast of a new business-reality concept, Shark Tank. Now, after 9 seasons, 4 Emmy Awards, multiple Critic’s Choice Awards and millions of dollars in investments, the show has become one of the most successful business reality series of all time. Over the course of the series, Daymond has been a mainstay of the cast of Sharks and is now affectionately referred to as “The People’s Shark.”

Resolved to share his hard learned lessons – from major successes and numerous failures – Daymond has written four books. While his first two books, Display of Power and The Brand Within were national best-sellers, The Power of Broke (2016) and Rise And Grind: Outperform, Outwork, and Outhustle Your Way to a More Successful and Rewarding Life (2018) debuted as instant New York Times best-selling books, making him the only New York Times Best-Selling Author of any of the Shark.

Beyond the books, the brands, the television series, Daymond’s commitment to entrepreneurship has been celebrated on a global level. In 2015, he was named a Presidential Ambassador for Global Entrepreneurship and was part of an exclusive group who joined President Obama at the Global Entrepreneur Summit in Kenya. In March of 2016, Daymond accompanied President Obama on his historic trip to Cuba, which represented the first time a sitting US president visited the island since Calvin Coolidge in 1928.

One of Daymond’s proudest accomplishments is his continued fight against dyslexia. He has worked with the Yale Center for Dyslexia and he currently sits on the advisory board of Understood.org.

A recipient of more than thirty-five awards, including the Brandweek Marketer of the Year and Ernst & Young’s Master Entrepreneur of the Year, Daymond serves as CEO of the brand consultancy, The Shark Group, which specializes in brand strategy and development, artist relations and talent development. Under Daymond’s leadership, The Shark Group has re-written the script on how companies, brands and products can seamlessly work together to yield a sum greater than its parts. The Shark Group works with a wide range of businesses and brands, including Capital One, HSN, Forbes, Miller Lite, Gillette, Shopify and Infusionsoft and superstars such as Muhammad Ali, the Kardashians, Pitbull, Stan Lee, Carlos Santana, Jillian Michaels and others. Read Less ^

FUBU: How It All Started

From FUBU to Shark Tank and countless ventures in between, Daymond John’s phenomenal entrepreneurial journey has spanned more than 25 years. In this dynamic presentation, Daymond breaks down the core tenets of his success, which he has distilled into tangible takeaways that he calls his five S.H.A.R.K. points.  Whether you’re an entrepreneur, intra-preneur, student, corporate employee or executive, this talk will inspire you, as it has thousands of people around the world, to reconsider your approach to making positive changes in your life. Each presentation is customized, with the most frequently requested sub themes being: Sales, Branding, Entrepreneurship, Corporate, College Students, and Diversity.

From Red Lobster to Shark Tank: Setting Goals & Being Self Motivated

In this exciting keynote, "The People’s Shark”, Daymond John, takes audience members behind the curtain to hear all about his inspiring and emotional rollercoaster career path. Audiences hear first-hand how a man with no formal business training whatsoever, went from driving cabs and waiting tables at Red Lobster to creating a global fashion empire with retail sales exceeding four billion dollars to date, and starring on ABC’s Emmy Award-winning series, Shark Tank. Daymond entertains and awes audience members with true-life tales of his incredible successes and numerous failures. Equally important, however, he motivates, inspires, and teaches them how to set and go after their own goals with newfound focus and determination.

Rise & Grind: Outperform, Outwork, and Outhustle Your Way to a More Successful and Rewarding Life

Based on his New York Times best-selling book, Daymond John delivers a pull-no-punches speech about how grit, persistence, and good old-fashioned hard work are the backbone of every successful business and individual, and inspires audiences to Rise & Grind their way the top. Convenient though it may be to believe that you can shortcut your way to the top, Daymond explains that in actuality, if you want to get and stay ahead, you need to put in the work. You need to out-think, out-hustle, and out-perform everyone around you. Daymond takes an up-close look at the hard-charging routines and winning secrets of individuals who have risen to the challenges in their lives and grinded their way to the very tops of their fields. Along the way, he also reveals how grit and persistence both helped him overcome the obstacles he has faced in life and ultimately fueled his success. Most importantly, he shares how they can fuel you too.

Did you know that a Mexican janitor at Frito Lay came up with the idea for Flamin’ Hot Cheetos, which became their top-selling product? It was possible because he heard the president of the company tell the employees to act like owners. So he did. Daymond John tells his versions of these kinds of stories for two reasons: first because it demonstrates that great ideas can come from anywhere, and second, to compel business leaders to create favorable conditions for their teams to thrive. As the Co-Founder & CEO of FUBU, Daymond led a diverse workforce to the $6 billion global behemoth that it became. In 2017, Daymond drew on that experience to help inform a state of the art, open concept workspace called Blueprint + Co. As Daymond tells audiences, 21st century workplaces thrive on open communication, inclusivity, diversity of thought and a physical floor plan to support those ideals. Daymond argues that businesses who surround themselves with like-minded voices and siloed workspaces lack the ability to approach challenges from different angles, limiting their potential to grow. In this uniquely developed speech, Daymond provides audiences with practical takeaways and advice for embracing diversity beyond the traditional meaning, to help bolster your bottom line.

After a routine physical revealed a nodule on his thyroid, Daymond John knew he had to act and face the terrifying possibility of cancer head on. He decided to undergo an operation to remove the mass, which ultimately proved to be cancerous. As a “shark” in the business world, Daymond used this mindset and decided to take on the cancer before it beat him. Now, he wants audiences to understand the importance of early detection and facing illness head on. Read More >

In this honest keynote, Daymond shares how his personal experience with cancer has given him a greater appreciation for life. He inspires others by encouraging them to take preventative steps, emphasizing the importance of early detection. By sharing his story, Daymond will empower your audience to take their health into their own hands and release their inner shark. Read Less ^

"Daymond John, the “Shark,” did NOT disappoint! The message was extremely well received and positive feedback has since been flowing in from sponsors and attendees alike. Daymond is a rare commodity with a unique story of success…definitely someone worth paying close attention to."

"Everyone, and I do mean EVERYONE, loved Daymond John, as well as his presentation. A board of trustee member stated that Daymond was one of the best lecturers to date because he captured and held everyone’s attention with his style of engagement."

- College of Business at RIT

"The event went GREAT. Daymond John gave an amazing keynote – it was very entertaining and motivational. I would 100% recommend Daymond John. I appreciate all your assistance in making this event happen and we look forward to working with you again in the near future."

"I was particularly impressed with how Daymond was able to incorporate our theme and world of ‘data minds’ into his presentation, it truly was magic. I’ve been working here for six years and it’s still complex to me – but he picked it up right away and made it seem as if he lives this industry every day, making his own story relevant."

"I can honestly say that Daymond was the hit of our Expo. His presentation, while enlightening was at times funny and humorous. Our employees filled the main session area along with the standing room only area. On a personal note since I was his Exelon escort, I found him to be very cordial, very patient with our employees and a very nice person. Our Exelon family loved having him and found him inspirational, especially since it was our Innovation Expo."

Rise and Grind: Outperform, Outwork, and Outhustle Your Way to a More Successful and Rewarding Life (NY Times Best Seller)

The Power of Broke: How Empty Pockets, a Tight Budget, and a Hunger for Success Can Become Your Greatest Competitive Advantage (NY Times Best Seller)

The Brand Within: The Power of Branding from Birth to the Boardroom

Display of Power: How Fubu Changed a World of Fashion, Branding and Lifestyle 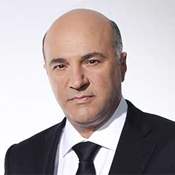