Deedee Trotter is a multi-champion in the sport of track and field. She is a SEC, NCAA, USA, World, and Olympic Champion. She competed in the 2004, 2008, and 2012 Olympics where she captured three Olympic medals. DeeDee has found great passion and purpose in sharing her life experiences through being a professional keynote speaker. DeeDee believes strongly that her purpose in life is to use her story to inspire, motivate and help audiences from around the globe transform their lives, businesses and relationships. Read More >

When it seemed as though all odds were against her, and retirement would be the most likely prediction of her future in the sport, DeeDee Trotter refused to give up without a fight. This mentality would prove to be the driving force of all her well-deserved success. Trotter exploded on the Elite Track and Field scene in 2004. That year, she would win the prestigious NCAA title and become an Olympic finalist in the 400 meters, finishing fifth overall. Her Olympic debut was capped by a gold medal in the 4x400m relay, and she concluded the year ranked fourth in the world.

The 2004 season turned out to be the tip of Trotter’s athletic success. DeeDee is a three-time World Champion as a member of the 2003, 2007, and 2010 4x400m relay teams, a three-time 400m U.S. Champion, and a three-time Olympian, which is an accomplishment that ranks her amongst the greatest female athletes in the world.

For the vast majority of DeeDee Trotter’s career, she has been considered by most to be the underdog. She would learn to use this imposed title as sheer motivation to propel herself to many unpredicted triumphs. In 2007, DeeDee pulled off a stunning upset defeating the #1 world-ranked Sanya Richards Ross, a victory that earned DeeDee her first Outdoor National Championship title. Although many were stunned by the aforementioned victory, DeeDee was not. Throughout her career, her strong belief in God, as well as her talent, carried her to heights many did not think were possible.

The same pertinacity and confidence DeeDee displayed in 2007 would be necessary again in 2008. After a devastating knee injury, DeeDee was not able to train or compete at an elite level. Early season race results looked grim, and many felt that DeeDee should end her season prematurely to nurse her injury, as her chances of a second Olympic berth looked unrealistic. Never one to accept defeat, DeeDee was able to muster an amazing amount of strength and willpower to make her second Olympic team.

Although she fell short of making the Olympic finals, DeeDee cites her third-place finish at the Olympic Trials as her proudest athletic accomplishment, being that she had to overcome so many obstacles to give herself another chance at the Olympic dream.

Shortly after the 2008 Olympic games, DeeDee would have a knee surgery that would ultimately set her back three years, and many thought her career was over and done with. Trotter continued to push on despite her inability to compete at the level she once achieved with grace and ease. She set her sights on the London Olympics and refused to take anything less than a victory back home. Step by step, she climbed her way from the bottom to the top, having the most consistent season of her entire career and once again earning a chance at the Olympic gold. Sporting her newfound motivation and courage on her face, she would take on the nickname “Glitter Face Warrior,” given to her by her London fans. In London, Trotter unleashed her inner warrior on the track to clinch her first individual Olympic medal, bringing home the bronze in the women’s 400m race. She would also lead the United States 4x400m relay to a Gold medal, giving her team an almost 10-meter lead over the entire field as the USA’s first leg. Along the way, DeeDee made sure to always give God all the glory for allowing her to reach such wonderful accomplishments and refers to her individual bronze medal as her “different shade of gold.”

To cap the season, Trotter would receive a nomination for “Breakthrough Performance of The Year” at the USA Track & Field Jessie Owens Awards, a much-respected honor in the sport. She also would reclaim her spot among the top 400m runners in the world. Through her experiences, DeeDee feels extremely blessed to share her medals and motivational truth with people all over the world, a gift she says “is worth its weight in gold!” Read Less ^

DeeDee’s most requested motivational message. In this high energy presentation, DeeDee teaches how to transform pressure into positive power, and how to utilize other internal forces that we all have access to in order to transform our lives, businesses and relationships.

Truly ignites a fire within every person in the room as they share in DeeDee’s Olympic story. This message will open the audiences’ hearts & minds and enable them to understand the true meaning of the word “champion”.

This message encourages teams to work as a unit and focus on a common goal. 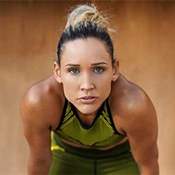 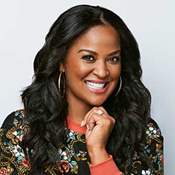