Shannon Miller competed in TWO Olympic Games, earning 7 Olympic medals! (2 gold, 2 silver, 3 bronze) After 25 years, her record as the United States Most Decorated Olympic Gymnast was only recently tied by Simone Biles. She is the only female athlete to be inducted into the US Olympic Hall of Fame – Twice! (Individual (2006) and Team (2008). Read More >

Shannon has won an astounding 59 International and 49 National competition medals. Over half of these have been gold. She is the first US gymnast to win 2 World All-Around Titles. Her tally of five medals (2 silver, 3 bronze) at the 1992 Olympics was the most medals won by a US athlete in any sport. At the ’96 Games, she led the “Magnificent Seven” to the US Women’s first ever Team Gold and for the first time for any American gymnast, she captured Gold on the Balance Beam.

After retiring from Olympic competition, Shannon received her undergraduate degrees in marketing and entrepreneurship from the University of Houston and her law degree from Boston College.

Shannon remains a part of the gymnastics and Olympic communities as an analyst and commentator.

In 2010, Shannon launched her company devoted to helping women make their health a priority. She continues to travel the country as a highly sought-after motivational speaker on topics ranging from The Gold Medal Mindset to cancer and survivorship to the importance of health and fitness.

In January of 2011, Shannon was diagnosed with a rare form of ovarian cancer. She had the baseball sized tumor removed successfully and followed up with an aggressive chemotherapy regimen. Shannon has remained open and public about her diagnosis and treatment and continues to empower women to make their health a priority. Shannon is currently cancer-free and continues to be a strong advocate for early detection, awareness, research and survivorship.

Shannon’s passion is to help encourage and empower others to break through and overcome their own personal challenges with the Gold Medal Mindset, a mindset that we can all attain.

Shannon is a mother of two, cancer survivor, author and sports analyst but she will forever be remembered for her focus, determination and as the leader of the Magnificent Seven! Read Less ^

Shannon discusses how the gold medal mindset leads to victory on the competition floor, in the boardroom, and in our personal lives. With seven Olympic medals, Shannon utilizes her critical insight to share what it takes to be a winner: the importance of goal setting, teamwork, maintaining a positive attitude, and commitment to excellence. Through her Olympic and personal experiences, Shannon explains ways we can overcome even the most difficult obstacles standing in the way of our success. While she may not have been the most talented, flexible, or even the strongest athlete, Shannon Miller was able to utilize these concepts to become The Most Decorated Olympic Gymnast in United States history! Your audience will leave empowered to seal the deal with that next client, work together for a positive outcome, and understand the steps it takes to be a successful leader in both work and life.

We will all be touched by cancer at some point- whether it is you, a loved one, a friend, or co-worker. The cancer journey is a unique one for each of us, but it is one that we can follow with dignity and strength. Shannon shares her own cancer journey and how she used lessons learned through her Olympic training to forge ahead in the midst of the most challenging obstacles. She speaks about the importance of caregivers and the incredible role they play. Through her story, your audience will learn the how importance it is to set goals and maintain a positive attitude, the importance of early detection and why “making your health a priority” is a lesson for all of us. Shannon Miller empowers each of us to take control of our own health and arms us with specific ways we can do just that.

While much of the world is telling you, “Don’t eat this. Don’t do that,” gold medal Olympian and health advocate, Shannon Miller, shares her message of “everything in moderation”. Most of us do not have 4 hours a day to work out, but that doesn’t mean we should to give up. Eating healthy doesn’t mean giving up everything that you love. Shannon shares the importance of making small changes that have a big impact on your overall health. Through her own experience with weight gain and low self-esteem following her retirement from competition, this Olympian and mother of two, found her way back to a healthy moderation. Your audience will leave with specific goals and motivated to take the next step in their own healthy lifestyle.

"Shannon’s speech was great and the meet and greet afterwards was great as well. She was really gracious to stay and meet the attendees for the whole time."

"Shannon was engaging, energetic, and powerful!"

“She won seven Olympic Medals. She won multiple U.S. and World Titles in a career that left her the most decorated American gymnast of all time ...and she won our hearts when she came to speak in Fairfield as part of the CT Challenge Speaker Series. As tough as she is tiny, with humor and a heart as big as any world stage, she inspired a crowd of close to 300, including more than 50 cancer survivors, with her take on winning, losing, falling, and getting back up to land on top ...as an athlete, as a person and in her own victory over ovarian cancer. She was so patient, compassionate, and authentic to everyone who came—cancer survivors (young and old), aspiring gymnasts, and the general public. Everyone felt lucky to have heard her speak. Her appeal is broad and timeless.”

"It was thrilling to have Shannon Miller at our ovarian cancer awareness events. Her inspirational story added an uplifting element to the day and the video of her Olympic gymnastics success was truly joyful. Early detection of ovarian cancer and a happy outcome like Shannon’s is the Holy Grail we hope to make a reality for more women in the future. Thank you Shannon for adding your voice to our cause."

"We want to personally thank Shannon for being part of the Sports and Fitness Tech Summit at the 2014 CES in Las Vegas. Shannon’s keynote was ideal, a perfect conclusion to the day’s proceedings. She has lived quite a life already and serves as a wonderful role model for all people. Finally, her graciousness was certainly appreciated at the end of a long and sometimes stressful day."

"We could not have asked for a more warm and engaged individual to make it a special evening for all. (Shannon) took every last photo, signed every last autograph in addition to listening to the personal stories our attendees shared with her about their memories of the Olympics and their experiences with gymnastics and Cancer."

"Shannon’s message of goal setting and perseverance was inspiring to all 800 attendees. In my 30 years here, I have not received as many complimentary remarks about not only Shannon’s speech, but also how gracious she was prior to the event in giving autographs. The line went around the room and I had to cut it short to be able to start the program on time. Our Chamber is over 2,400 members strong, is responsible for the tourism and economic development in our community, and our annual meetings are THE event of the year each year. Having Shannon Miller speak at your event will provide you a 'home run' to kick start your year."

"Shannon Miller speaks from the heart about her battle with cancer, and her amazing story really resonates with the Cycle for Survival community. We were fortunate to have her talk about her experience at our indoor cycling events, which was highly motivational for the participants. Her enthusiasm, compassion, and message of perseverance inspired the crowd of riders and supporters. Shannon also delivered an excellent keynote speech at Memorial Sloan Kettering’s Survivorship event in 2014. Working with her and her team is an absolute pleasure. We’re thankful to Shannon for sharing her journey in an empowering and hopeful way!"

"Shannon Miller served as the keynote speaker for the annual Women Who Lead Conference at Florida International University in Miami, and our students and community members cannot stop raving about her message! When asked what was the most important lesson they were taking away from that day, or something they plan to incorporate into their development moving forward, many students quoted Shannon directly. FIU students have taken the Gold Medal Mindset to heart! The fact that her message is so amazing, yet presented in a way that’s applicable to anyone’s life, made her points accessible to our audience. She was practical and inspirational all at once!"

"Shannon was such a thrill for our volunteers. Her willingness and ability to share her story the way she did let our audience really connect with her and you could feel (& hear!) it as they realized they had experienced a similar journey. That’s kind of amazing: the moment when you realize cancer really does affect everyone, even an Olympic gold medalist. Shannon was heartfelt and gracious…and such a good sport when it came to the Q&A and autograph sessions! Just terrific."

"We had such a wonderful event! Shannon was absolutely fantastic. Her speech was perfect and we received so much positive feedback from our attendees. Many even said it was the best speech at a fundraising event they have ever heard!"

- Executive Director for The Cancer Challenge

"Having Shannon as our keynote speaker drew great attention to our Vicki Linn Walk for Ovarian Cancer Awareness. As an Olympic star and an ovarian cancer survivor, she was a role model and inspiration to everyone."

It's Not About Perfect: Competing for My Country and Fighting for My Life 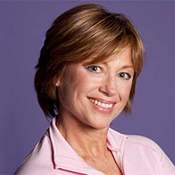