Deesha Dyer is an award-winning event strategist, community organizer, and speaker who is transforming ideas into causes that create tangible change. A 2019 Resident Fellow for the Harvard Kennedy School Institute of Politics, her career and personal journey reflects an unwavering passion for servant leadership, civic engagement, and social justice. Read More >

On her journey from a 31-year old community college student intern to social secretary for the Obama White House, Deesha resolved to not only open, but build doors of opportunity, support, and access to others. Deesha worked with the President and First Lady to plan and arrange all official and personal events hosted at the White House. She coordinated the historic visit of Pope Francis, State Dinners with leaders from China, Canada, Italy, Singapore and Italy, and booked legendary acts like Beyonce, Bruce Springsteen, Aretha Franklin and more.

Deesha is the co-founder and Executive Director of beGirl.world, an organization that empowers teen girls through global education and travel. In 2019, beGirl.world awarded scholarships to two black female college students who have been accepted into study abroad programs. She also oversees additional initiatives, including Black Girl 44, a scholarship fund for young black women seeking internships in Washington, D.C., and the Deesha Dyer Second Chance Scholarship at the Community College of Philadelphia.

Deesha recently completed a two-year tenure at the Ford Foundation. She is a sought after keynote speaker known for delivering engaging talks on topics spanning women in leadership, diversity, wellness and social change. She was named to Marie Claire’s new guard of women changing the world and the Root’s most influential African-Americans. A proud Philly native who currently resides in Harlem, she has been featured in national media outlets including TIME, the New York Times, Elle, Glamour, Marie Claire, Essence, Vogue, Forbes, Travelnoire and Washington Post. Read Less ^

TEDx: Inspire Girls Out of Marginalized Communities Through Travel

Non-Traditional Approaches to Education: From Community College to the White House

Deesha dropped out of college after one semester in 1995. It took 10 years and multiple applications before she was accepted to the only school that would take her, Community College of Philadelphia. At age 30, she applied and was awarded a White House internship which led to a seven-year career that included three promotions and culminated with her senior role as White House social secretary in the Obama Administration. In this talk, Deesha discusses the obstacles along her path to success, earning a degree while working at the White House, and playing a pivotal role in the Obama 2012 re-election campaign. She’ll also talk about the importance of community colleges for non-traditional students. This talk is not just for those in the education field, but for anyone looking to start over in their professional and personal life.

What does it take to actually put on an event at the White House? From Pope Francis to Beyonce to heads of state, Deesha welcomed the world to “The People’s House”. Every detail -- including decor, menu, protocols, gifts, greetings, security, communications, and the run-of-show -- was Deesha’s responsibility and expertise. Working with professionals from the White House Social Office, Secret Service, Residence Staff, White House Military Office, State Department and more, Deesha created flawless events as Social Secretary for the President and Mrs. Obama. This talk is for event and catering professionals, party and conference planners, hospitality executives or anyone interested in learning the secrets of how the Obama administration created countless memorable moments at 1600 Pennsylvania.

From Imposter to Impact: Ditching Imposter Syndrome & Leading from the Inside Out

Drawing from curriculum created and presented during her semester as a Harvard Institute of Politics Resident Fellow in fall 2019, Deesha authentically digs deep into the root of imposter syndrome and how a person can overcome it. She gives an honest account of her own story, noting how being a college dropout and working at the White House intensified her own feelings of self-doubt. Deesha redirected this feeling into her work and found success -- rising from intern to social secretary.  This talk is for everyone and anyone because no matter the age, profession or background, we all struggle with seeing our own value and implementing it in to our daily life. This talk will show how it is possible to overcome imposter syndrome, control your own narrative and show up as your best self.

Deesha came across the startling statistic that less than 7% of study abroad students are Black. Recognizing how unfortunate that is -- not just for students, but also the world -- Deesha co-founded beGirl.world, which empowers Black high school girls to become global citizens. Recognized by Airbnb and Travelnoire, beGirl.world has become one of the leading travel organizations for youth. Using creative programming that mixes culture, confidence, wellness and education, beGirl.world has taken Black girls to London, Paris and Madrid and has seen beGirl.world alumni study abroad in Spain and Belize. In addition, the organization created two study-abroad scholarships for Black college women. This talk explores why it is crucial to have racial diversity and representation in the travel sector. This talk is for nonprofit, civic, and corporate leaders, hospitality professionals, travel experts, and anyone looking to use their platform to advance a social cause or mission. 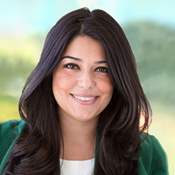