Sergeant Richard “Dic” Donohue is a native of Winchester, Massachusetts. He has worked in law enforcement as a member of the MBTA Transit Police Department since 2010. Donohue is a graduate of the Virginia Military Institute and holds master’s degrees from the University of Massachusetts-Lowell, and the University of Limerick, Ireland. Prior to a career in law enforcement, Sergeant Donohue worked in the hospitality industry and served as an officer in the United States Navy. Read More >

In the early morning of Friday, April 19th, 2013, Donohue, then a patrol officer, responded to back up local law enforcement officers in Watertown, Massachusetts. A gun battle ensued with two suspects who were later identified as the Boston Marathon bombers. A bullet severed Donohue’s femoral artery and he suffered severe blood loss on site. He was given immediate lifesaving care, prolonged CPR, and received multiple blood transfusions. Given a two percent chance to live, Donohue pulled through and began a long process of recovery.

After two months in hospitals, Donohue returned home where he continued rehabilitation.  He returned to the force after 23 months and shortly thereafter was promoted to the rank of Sergeant. For his actions in Watertown, he received the state’s highest law enforcement award, the George L. Hanna Medal of Honor, and the department’s highest award, the MBTA Transit Police Medal of Honor. Sergeant Donohue has been recognized by over 20 law enforcement and civic organizations for his involvement following the Boston Marathon Bombing, and his role in community service.

Since his release from the hospital in June, 2013, Sergeant Donohue has brought his story of survival, resilience and adaptability to police academies, law enforcement executives, students and private sector audiences. He also works as a spokesman and board member for the American Red Cross, an organization he credits for his survival. Donohue currently lives outside of Boston with his wife and son. Read Less ^

Dic takes his audience through his involvement in the manhunt for the Boston Marathon bombers, and his near-fatal injury in a confrontation with the suspects. Given a two percent chance to live, he beat the odds and was given a second chance at life. Dic speaks about the tools he has learned through life that helped him with the challenges of that fateful night and the incredible hurdles of recovery. He realized the concept of “SPAR” —survival through preparation, adaptability and resilience was critical in helping him conquer obstacles and thrive following a horrific injury. Dic also focuses on the incredible team of people around him, whose own strengths and sacrifices contributed to his survival and recovery.

Leadership in a Time of Crisis

A discussion of leadership surrounding Dic’s personal involvement in the events after the Boston Marathon bombings. Dic speaks about how preparation, teamwork and vision are ways to overcome obstacles during a crisis and in everyday life.

Service Above Self & Successful Service

"Having listened to countless corporate presentations over the years, I have to say that Dic's presentation was one of the most engaging I have ever had the opportunity to hear. Dic took the audience through his experience, keeping them on the edge of their seats the entire time. Then, to everyone's amazement, he drew correlations from his tragedy and ensuing events to lessons that could be applied in the day-to-day business and operations of these senior level executives."

"It was an honor having Dic Donohue speak to our student body. His story was inspiring and heartfelt. Having Dic speak here on our campus in New York City the week of the 9/11 anniversary was both patriotic and invigorating."

"Thank you so much for speaking to our group yesterday from the Amtrak Police Department Command Staff. The feedback is incredible from my colleagues. They were extremely impressed with your presentation. I really can’t thank you enough. You did an awesome job and really touched their hearts. You are such an inspiration to all of law enforcement." 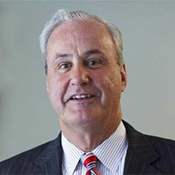