Donzaleigh Abernathy is the youngest daughter of the American Civil Rights Movement Co-Founder Rev. Dr. Ralph David and Mrs. Juanita Jones Abernathy. She was born in the midst of the Civil Rights Movement as her Father and his best friend, Dr. Martin Luther King, Jr. established the nonviolent social movement which changed the course of American History. Her life began with the bombing of her parents’ home and her Father’s First Baptist Church in Montgomery, Alabama. She and her siblings witnessed and participated in all of the major Civil Rights Movements and Marches, including the Freedom Riders, the March On Washington, the Selma to Montgomery March for “The Right to Vote” and the Chicago Housing Demonstrations. The Abernathy and King children integrated Spring Street Elementary School which led to mass integration of schools in the South in 1965. She witnessed from her home the integral decisions that helped shape American Laws with the creation of the Civil Rights Bill, the Public Accommodations Act, the Voting Rights Act, the Fair Housing Act, Affirmative Action, the National Food Stamp Program, the Free Meal Program for Low Income Students and the creation of the Martin Luther King, Jr. Holiday. In 2004, she authored, Partners To History, Martin Luther King, Ralph David Abernathy and the Civil Rights Movement which was nominated as one of the “Best Books for Young Adults” by the American Library Association. She was a contributing author to the Smithsonian Institute’s book In the Spirit of Martin. Her play Birmingham Sunday is a winner of the Tanne Foundation Award. Read More >

Ms. Abernathy delivered her first public speech at the age of 12 at “The Children for Survival March” in Washington, DC. She has been the Keynote Speaker for the National Association of Women Judges - Annual Conference, the Judicial Division of the American Bar Association - Mid Year Conference, the Annual Unemployment Appeals Court Judicial Conference, the NGO United Nations Women's Federation for World Peace and for the 2016 Democratic National Convention - African American Caucus. She has spoken for the Senate and Congressional Faith in Politics Civil Rights Pilgrimage, for Congresswoman Barbara Lee’s and Elihu Harris’ Lecture Series - “Daughters of the Civil Rights Movement” with Luci Baines Johnson, Kerry Kennedy and Peggy Wallace Kennedy. She has lectured at Harvard University Law School, University of Massachusetts at Dartmouth, Pepperdine University’s Distinguish Lecture Series, Michigan State University’s College of Osteopathic Medicine, Michigan State’s Women’s Peace Summit, Morgan state University, University of Utah, Weber State University, Virginia Military Institute, University of Rochester, University of Memphis, Mary Washington University and more. Through the Teaching American History Program, she has taught teachers how to teach African American and Civil Rights History. She has lectured on Implicit Bias for President Obama’s organization Organizing for Action. At the 45th Anniversary of the Montgomery Bus Boycott Celebration, she was given the honor of introducing Mrs. Rosa Parks in one of her last public appearances.

She was one of the leading actors in Warner Bros. Civil War epic, Gods and Generals. She starred as the leading lady in the Emmy and Golden Globe Award winning HBO film, Don King - Only In America. She also starred in the Emmy and Golden Globe winning Miss Evers Boys, in NBC’s Golden Globe nominated The Tempest, and NBC’s DGA Award winning movie, Murder in Mississippi. She has starred in many independent films including, 59 Seconds. She starred for four years on the Lifetime Television’s acclaimed series, Any Day Now. She recurred on the series Shooter, Suits, The Walking Dead, Lincoln Heights, Commander in Chief, EZ Streets and Dangerous Minds. She has starred in several television movies The Sky’s on Fire, Abducted - A Father’s Love, Ned Blessing, Grassroots and has guest starred on Chicago PD, the Vanity Fair series Decades, Agents of Shield, Shameless, CSI, House, Judging Amy, 24, Chicago Hope and NYPD Blue. Along with her husband Dar Dixon, they created, directed and produced the documentary Saint Francis Medical Center. For the Atlanta Gay Men’s Chorus at the National Black Arts Festival, she wrote and starred in Billy Strayhorne’s Lush Life. She wrote, directed and starred in The Women of Niagara for the National Park Service of Harper’s Ferry Centennial Celebration of the Niagara Movement and WEB DuBois. For the University of Utah at Park City and the grandson of John Brown, she wrote and performed with Dar Dixon, John Brown - The Abolitionist.

She is a founding Trustee of the New Visions Foundation/Coalition for Engaged Education and a former Vice President of the Board and New Roads Schools. She was a Spokesperson for the CDC’s HIV/AIDS Awareness Program and for Amnesty International. She currently volunteers for Juveniles in the Los Angeles County Justice System. Read Less ^

Children of Selma: A Dialogue with the Daughters of George Wallace & Rev. Ralph Abernathy

"The presentation was awesome! She really captivated the audience with her pictures and stories. The greatest thing is that she was personable; she stayed in the venue and spoke to every person who wanted to talk to her. I have heard so many great things from my leadership and others!"

- NSA, Office of Diversity and Inclusion 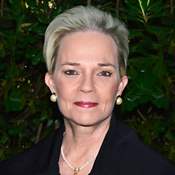 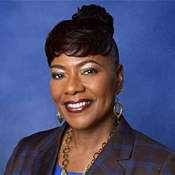