Edna Adan is the director and founder of the Edna Adan Maternity Hospital in Hargeisa, Somaliland. An activist and pioneer in the struggle for the abolition of female circumcision, she is also the president of the Organization for Victims of Torture. She previously served as Foreign Minister and First Lady of Somaliland. Read More >

The daughter of a well-known Somali medical doctor, Adan was born in Hargeisa. When she was 15, a girls' school opened in Somaliland. She went to work there as a student-teacher and received private lessons. She was permitted to sit for exams, in a room separate from the boys, and was the first Somali girl awarded one of a few coveted scholarships to study in Britain. Adan spent seven years there, studying nursing, midwifery, and hospital management. When she returned home to Somaliland, she became the first qualified nurse-midwife in the country and the first Somali woman to drive a car.

Adan began her dream of building a hospital in Somalia in the mid 1980s, but was forced to leave the country when the Somali Civil War began. She was then recruited to join the World Health Organization (WHO), where she held various key positions advocating for the abolition of harmful traditional practices, such as female genital cutting. She was also responsible for the training of midwives and traditional birth attendants in the 22 countries of the Eastern Mediterranean region of WHO. She was the representative of WHO in Djibouti from 1991-1997.

Upon returning to Somaliland, Adan sold all of her possessions to pursue her dream of opening her own hospital. The only location available in Hargeisa for the hospital had been used as a trash dump since the civil war. The project faced difficulty yet again when funds ran out and the hospital still did not have a roof. With the help of donors and merchants, the hospital officially opened on March 9, 2002. Adan’s hospital currently has a mortality rate one quarter of the national average and she is working to bring medical care to all of Somaliland.

Adan was added to the Medical Mission Hall of Fame at the University of Toledo. She holds an honorary doctoral degree from Clark University in Massachusetts and was made honorary fellow of Cardiff University School of Nursing in Wales. She is featured in the acclaimed PBS documentary Half the Sky: Turning Oppression into Opportunity for Women Worldwide, inspired by the book of the same name by Nicholas Kristof and Sheryl WuDunn. Read Less ^ 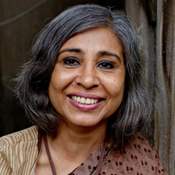