Born and raised in Kolkata, India, Urmi Basu was influenced at an early age by her parents’ serious involvement in activities of urban and rural development. Inspired to pursue a career in social work, she obtained a bachelors degree in sociology before earning her masters in social work from the Tata Institute of Social Sciences, Mumbai. During her training, she had the opportunity to work in the first cell set up for women in distress by the Mumbai Police Department. She was also a relief worker during the Bhopal gas leak tragedy in December 1984, which left with her a lasting impression about the need to be prepared for disasters, both natural and manmade. Read More >

In the early part of her professional life, Basu worked with both small and well-known organizations involved in the developmental sector. She had the opportunity address issues related to urban and rural economic development, empowerment and protection of vulnerable groups (such as women engaged in sex work and subjected to extreme violence), street children, trafficked child laborers, and young people in exploited situation. She has been a part of targeted intervention programs for victims of HIV/AIDS, transsexuals, and transgenders.

In 2000, after 15 years of professional work, Basu set up the nonprofit New Light in Kolkata. The mission of the organization is to promote gender equality and fight violence and abuse of women and children. That small initiative today provides care and support for more than one thousand people. The organization also fights against child prostitution and trafficking for the purpose of sex-trade.

Basu has been a trainer and consultant for numerous government and nonprofit organizations. She regularly presents at seminars and conferences worldwide on HIV/AIDS, trafficking, child rights, and social justice. She was selected as the NGO coordinator by the office of the Governor of West Bengal to make a presentation on microcredit, women’s participation in gender sensitivity, and health issues during the visit of former President of the United States Bill Clinton in 2001. More recently, she was a part of the core team that met the Secretary of State Hillary Clinton on her visit to Kolkata in 2012.

In 2011, Basu received the Make a Change Award from Children`s Hope India, New York. In 2012, she was featured in the four-hour PBS documentary Half the Sky, based on the novel by New York Times columnist Nicholas Kristof and Sheryl WuDunn, discussing her work with the victims of trafficking. Following the documentary, Basu received the Global Citizen Award at the Global Music Festival in Central Park, New York, which was organized to combat hunger, poverty, and abuse. In 2013, she received the Godrej Woman of Substance Award at the Femina Miss India Contest in Mumbai. Basu was chosen as a recipient of a blessing from His Holiness The Dalai Lama under the title Unsung Heroes of Compassion 2009 in San Francisco for her work promoting compassion and peace.

An impassioned speaker with a unique global perspective, Urmi Basu continues her daily fight for social justice for the marginalized community of sex workers and women in prostitution. Read Less ^ 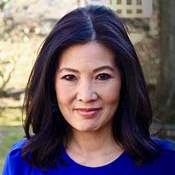