Edvard Moser is the 2014 co-recipient of the Nobel Prize in Physiology or Medicine. He shared the prize with May-Britt Moser and John O’Keefe ‘for their discoveries of cells that constitute a positioning system in the brain.’ He received the prize specifically for the discovery of grid cells, a cell type in the brain that enables animals and humans to determine where they are. Read More >

Edvard Moser is a Professor of Neuroscience and Director of the Kavli Institute for Systems Neuroscience at the Norwegian University of Science and Technology in Trondheim, Norway. He is the leader of a research laboratory interested in how higher brain functions arise by complex interactions between hundreds or thousands of neurons in the brain. To understand such processes, he has focused on how the sense of location and memories for location are generated in the brain. His work, conducted with May-Britt Moser as a long-term collaborator, includes the discovery of grid cells, which in many ways can be seen as the brain’s own GPS. The discovery of grid cells has led to a revision of established views of how the brain calculates self-position, and spatial localization and is becoming one of the first higher-order brain functions to be understood at a mechanistic level.

Edvard Moser received his initial training at the University of Oslo in the early 1990s. In 1996, he accepted a faculty position at the Norwegian University of Science and Technology the same year. In 2002 he became the Founding Director of the Centre for the Biology of Memory and in 2007 the Director of the Kavli Institute for Systems Neuroscience. Edvard Moser is the Deputy Director of the Centre for Neural Computation at the same institution. Together with May-Britt Moser, he has received numerous scientific awards. After the Nobel Prize in 2014, he has remained as active in research as before and together with his colleagues he is continuing to make breakthroughs in our understanding of how the brain operates.

Edvard Moser has a long track record as a lecturer for audiences with widely different backgrounds. He has spoken at numerous science festivals and for lay audiences with no qualifications other than curiosity. He is known for his ability to translate complex science to a language understandable to everyone in the audience. He is regularly used as an expert commentator by TV and radio channels as well as major newspapers and has participated repeatedly in international panel discussions on issues related to brain science such as artificial intelligence.  He has a broad overview of the workings of the brain and can offer insights on brain disease as well as the potential for artificial intelligence to learn from brain science. Read Less ^

The Brain’s Sense of Space: A Window into The Workings of The Brain

The ability to map space is critical to survival. Without it, we would not find food or partners, or we would be eaten by predators. Neural systems for finding one´s way thus exist in all animals. Scientists are now beginning to understand how the brain deals with space. In mammals, space is mapped by complex neural networks in a pair of brain areas called the hippocampus and entorhinal cortex. These brain areas contain a variety of specialized cell types, including grid cells, which were discovered in my lab in 2005. Grid cells provide the brain with a GPS-like coordinate system that we can use to find our way. I will show how space is mapped by grid cells as well as other specialized cells, and how these cells work together to enable both navigation and memory. The lecture will illustrate for a broad audience how science is beginning to unravel some of the most complex intellectual functions of the brain.

One of the most devastating diseases in modern societies is Alzheimer’s disease. Alzheimer’s disease affects more than 20% of the population above 80-85 years of age. Among its core symptoms is a gradual loss of the ability to find one’s way as well as a serious deficit in key types of memory. This lecture will focus on the brain areas that are first affected in most instances of Alzheimer’s disease – brain areas that are critical to the sense of space as well as memory. I will show that these brain areas contain specialized cells enabling the formation of an internal map of space that we use to find our way and to form memories of places where events take place. I will discuss mechanisms of memory formation and demonstrate how studies of this brain system may put us on the track of the pathological mechanisms underlying Alzheimer’s disease>

How We Created a World-Leading Research Environment

In this lecture, I will reflect on the ingredients of a successful research environment- ingredients that may be common to creative environments in many settings. I will take as a starting point my own experiences as a scientist. In 2014 I shared the Nobel Prize in Medicine or Physiology with John O’Keefe and May-Britt Moser, 19 years after my PhD and 18 years after accepting a faculty position at the Norwegian University of Science and Technology – traditionally an engineering school with no neuroscience department and only a recently started Faculty of Medicine. I will tell the story of how one of the most exciting adventures in neuroscience became possible and use the opportunity to reflect on the ingredients of successful research and entrepreneurship, many of which may apply far beyond the scientific community. 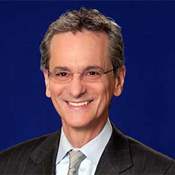 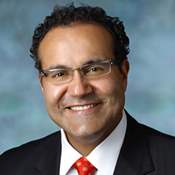