Elaine Hall aka "Coach E" is an award winning author, international keynote speaker, media personality, and acting coach for film and TV. Her groundbreaking organization, The Miracle Project, a theater and film program for children and adults of all abilities, was the inspiration for the two time Emmy Award–winning HBO documentary Autism: The Musical. Elaine is an international keynote speaker and autism/inclusion advocate and focuses on being "Miracle-Minded" to bring out the best in all children. She has received numerous awards from leading organizations including Autism Speaks, the Autism Society of America, Holly Robinson Peete’s HollyRod Foundation, the Shalom Institute, the Malibu Education Foundation, the Mayor of Los Angeles. Los Angeles Magazine named her one of "Los Angeles’s 50 most inspiring women" and Elaine’s memoir, Now I See the Moon was the official selection by the United Nations for World Autism Awareness Day. Read More >

A thought leader on using creativity to bring out the best in all abilities, Elaine has been featured in the New York Times, The Wall Street Journal, The LA Times, The Boston Globe, on CNN, CBS, the Oprah Winfrey Network, NPR, among many others. Elaine is a consultant to the United Nations and speaks yearly at their World Autism Awareness Day. She created and directed "The Intimidation Game: An Anti-Bullying Musical and Curriculum" at the Wallis Annenberg Center for the Performing Arts in Beverly Hills. She has presented her evidence-based work which develops social/emotional learning at universities throughout the U.S. including at Brown University, NYU, UCLA, among others. Her text book, which she co-authored, Seven Keys to Unlock Autism: Creating Miracles in the Classroom, details Elaine’s evidence-based methodology.

A media consultant, Elaine has been an advisor and on-set acting coach on the film Please Stand By starring Dakota Fanning, the Netflix series Atypical and on several other upcoming Disney and Freeform animated and live action series. Elaine has extensive work as a dialogue/acting coach including films such as Akeelah and the Bee, The Flintstones, Honey I Blew Up the Kid, and on commercials and TV shows. She has consulted with writers, actors and directors on films such as Meadowland and the Judge, to accurately portray individuals with disabilities.

Founder of The Miracle Project, Elaine leads trainings in her evidence-based methods around the globe including Argentina, Mainland China, Hong Kong and Israel, with The Miracle Project locations expanding to New Jersey, New York, San Francisco and Rhode Island. Hall’s students, once too shy to even walk into a room of their peers, have now performed on the nation’s most prestigious stages, receiving the Genius of Autism Award at Carnegie Hall, performing on-stage with Jack Black, Crosby, Stills and Nash; with Broadway Dreams at Lincoln Center and at The United Nations. Several of her students are pursuing professional acting careers and have guest starred on the TV shows The Good Doctor, Atypical, Speechless, Parenthood and in the film Please Stand By. Elaine’s son Neal, a non-speaking, autistic young adult and a star of the HBO film Autism: The Musical has presented at the United Nations using his iPad to speak. He has also been featured on stage with Conan O’Brien, received the Leadership of Autism Award by the Autism Society of America, was the subject of YouTube sensation video “My Name is Neal” and has recently moved into his own apartment. Elaine and her team are dedicated to changing the way the world perceives autism and disability. Read Less ^

Now I See the Moon: A Mother, a Son, a Miracle

A keynote and/or workshop for children and families.

Seven Keys to Unlock Autism: Making Miracles in the Classroom

Raising a Child with Special Needs as a Spiritual Journey

For Jewish, secular, and non-denominatal audiences.

I Am Eshet Shayil: Embracing Our Foremothers as Ourselves

A keynote presentation/lecture or creative interactive workshop for Jewish and secular audiences.

"We can’t thank Elaine enough for agreeing to be one of our presenters at this conference. As noted by the comments of those who attended her workshop, professionals in our region are taking much of what they learned and applying it to their practices – meaning we will have better success in our communities in addressing the needs of those impacted by autism."

"Elaine, thank you for your incredible presentation at our 14th Annual Service Provider Breakfast. I have never received as many positive comments about our breakfast speaker as I did that morning. “You were there” touched every person sitting in that room. “You were there” connected the service providers to your story in such a powerful way, helping them see the relationship between the supports they provide on a daily basis and the often unknown impact of that support on a family member’s life. “You were there” made them feel appreciated and recognized for the work they do. Thank you for that."

"Elaine was so engaging and well-liked by the audience. Her ability to tell her story with warmth and humor keeps her audience listening and provides them a glimpse into how challenging having a child with autism can be. The fact that her story is told in this way encourages advocacy and provides hope to so many families dealing with the same everyday challenges."

"Elaine, there was such a buzz about how wonderful your visit and our conference were. This program really raised awareness, connected people from the community, and gave insights on how to make a difference!

Here is a sample of your fantastic feedback:

“It touched my heart and soul. Thank you for making a difference in our community.”

“Thank you for a profound and moving experience.”

"Elaine Hall is a miracle worker. She is gifted at helping people, who are thought to be limited in their ability to communicate, find a way to express themselves. Elaine and her staff bring community and friendship to people with special needs. Our organization has referred many people to her and all develop a greater awareness of themselves and their abilities through her program."

"Wow, I am humbled to have the chance to be with you yesterday. It has been quite a long time since someone's words, passion and action have moved me as you did. Unbelievable! Thanks you so much for your time and for the tikkun olam you bring to our world in your example and action."

"This program really raised awareness, connected people from the community, and gave insights on how to make a difference."

"I want you all to know how grateful I am for your educating me and our community so effectively. Thank you Elaine for coming to to Providence. I was so moved by what I learned from you, Elaine, that I spoke about your work and the programs you organized during my sermon this past Shabbat."

"Elaine Hall is exactly the person you want in your corner to create a welcoming, inclusive, and constructive environment in which people with special needs can shine and grow. As a professional, Elaine brings clear thinking, an inspiring creativity, and a tireless focus on the tasks of inclusion, education, social skills and interaction without ever losing sight of the humanity of every person involved. Her wisdom, experience and warmth will facilitate constructive change for individuals, organizations, and coalitions seeking to effectively respond to the needs of people with different abilities in a way that will make those people and groups better, more vibrant, and better able to live their mission."

Now I See the Moon: A Mother, a Son, a Miracle

Seven Keys to Unlock Autism: Making Miracles in the Classroom

Anti-Bullying Musical gives voice to those with Autism 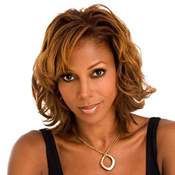