Ernest G. Green currently works at Matrix Advisory, an institutional asset manager. Mr. Green is currently serving as a partner of this asset management firm which has offices in New York and Washington, DC. His long involvement in helping states, cities, municipalities and governmental authorities finance their needs throughout the United States has led to him helping to lead Matrix into a new era of public private partnerships. As the former chairman of the African Development Foundation, he uses his international contacts to assist international leaders with their needs, particularly in the area of infrastructure. Read More >

Mr. Green was appointed to Chairman of the African Development Foundation by President Clinton. He was also appointed by Secretary of Education, Richard W. Riley, to serve as Chairman of the Historically Black Colleges and Universities Capital Financing Advisory Board.

Mr. Green served as Assistant Secretary of Labor for Employment and Training during the Carter Administration. During his tenure with the Labor Department, he formulated U.S. Presidential Policy and directed implementation of a vast range of activities. These activities included federally funded comprehensive training, public service employment, employment security programs, apprenticeship programs, research and development, alien worker certification, work incentive programs for the disadvantaged and technical assistance for labor market information for the nation's employment and training efforts. Prior to his appointment as Assistant Secretary, Mr. Green served as Executive Director of the Recruitment and Training Program, Inc. (RTP, Inc.), an organization that recruits minorities for apprenticeship programs in the building trades.

Mr. Green was born in Little Rock, Arkansas, September 22, 1941. He earned his high school diploma from Central High School in Little Rock. He and eight other black students were the first to integrate Central High following the 1954 U.S. Supreme Court decision in Brown v. Board of Education that declared segregation illegal. They later would become known as the "Little Rock Nine". He received a B.S. in social science and a Masters in sociology from Michigan State University. He also received honorary doctorates from Michigan State University, Tougaloo College and Central State University.

Mr. Green presently serves on the Board of Directors of Fisk University, Quality Education for Minorities (QEM) Network and Clark Atlanta University Board of Trustees. He is a member of the Council on Foreign Relations, the Executive Leadership Council and the National Association of Securities Professionals (NASP) of which he served as chairman for two consecutive years. He has also served on the Board of Directors for the March of Dimes Foundation and the Winthrop Rockefeller Foundation.

Hundreds of organizations have honored Mr. Green during his career and he is the recipient of numerous awards. These awards include the Urban League’s Frederick Douglass Freedom Medal and the John D. Rockefeller Public Service Award. At the age of seventeen, he was the youngest recipient of the NAACP’s Spingarn Medal. In 1957 the Boy Scouts of America honored Mr. Green and two other African Americans for their achievement with the BSA’s highest rank and award—that of an Eagle Scout. He was also awarded the Silver Beaver, the highest distinction from the Boy Scouts of America. In November of 1995, the Boy Scouts of America awarded Mr. Green the Distinguished Eagle Scout Award. On November 9, 1999 Mr. Green, along with the other eight students, was presented by President Clinton with the highest honor this nation gives to a civilian—the “Congressional Gold Medal”—for his outstanding bravery during the integration of Little Rock Central High School in 1957. On August 20, 2005 they were honored with a commemorative stamp by the United States Postal Service, and in 2007 President George Bush signed an Executive Order authorizing the U. S. Mint to issue a one-dollar coin commemorating the 50th Anniversary of the “Little Rock Nine.”

Mr. Green and his wife Phyllis live in Washington, D. C. He is the proud father of Adam, Jessica and MacKenzie. Read Less ^

"Ernest was outstanding. He held court for about an hour and a half after the event, because he was mobbed by autograph seekers and well wishers. We couldn’t have asked for a better keynote speaker."

The event was fantastic! I’ve received nothing but glowing feedback from the folks who attended. Let me share a few of the comments that I’ve received via email:

“Thank you, so, so much, for the invite to attend this morning’s event. It was truly an honor to be in that audience listening to Mr. Green’s reflections on history and his personal role in it. His advice to us all on living a “fearless” life has definitely left an imprint on me.”

“Congratulations to you and your team on a job well done. I was very taken with his humility; what a wonderful man. Thanks for bringing him to Massport.”

“My phone started ringing when it ended. Colleagues were impressed by...Ernie's presentation. Congratulations on a phenomenal event.”

“Great job with yesterday’s program. Ernie’s unfortunate experience and perspective was enlightening indeed. Thanks to people like him, terms like fear and ignorance will be replaced with inclusion!!!!”

"The event went very well and Ernest Green inspired everyone there. His remarks were extraordinarily powerful. As a participating educator wrote following the event, “I just want to thank you for giving my students the opportunity to participate in such an inspiring day. The Youth Congress was fun and well organized and hearing Mr. Green speak was like witnessing an important piece of history.”

Seeing a Color-Blind Future : The Paradox of Race (Reith Lectures, 1997) 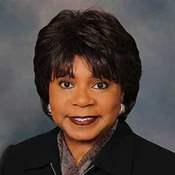 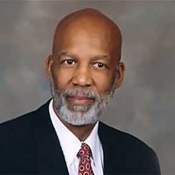 One of the "Little Rock Nine"