Farrah Gray has generated more than 20 billion online impressions. Gray was named as one of the most influential Black men in America by the National Urban League. Ebony Magazine and Black Enterprise recognized him as an entrepreneurial icon and best-selling author. Raised in the impoverished Southside of Chicago, Gray defied the odds and became a self-made millionaire by the age of 14. At the age of 21, he was a recipient of an Honorary Doctorate of Humane Letters degree from Allen University. This was in recognition of his ingenious economic mind and distinguished commitment to the development of values such as leadership, integrity, and scholarship. In his rise from poverty to national and international prominence, Farrah Gray has inspired millions around the world. At the age of 36, he has achieved more than many achieve in a lifetime.

U.N.E.E.C. was the forerunner of New Early Entrepreneur Wonders (NE2W), the flagship organization he opened on Wall Street. NE2W enlisted, educated, and engaged 'at-risk' youth by creating and developing legal ways for them to acquire additional income. Gray is the youngest person to have an office on Wall Street.

Between the age of 12 and 16 years old, Farrah Gray founded and operated business ventures that included KIDZTEL pre-paid phone cards, the One-Stop Mailboxes & for More franchise, and The Teenscope “Youth AM/FM” Interactive Teen Talk Show, Gray was also Executive Producer of a comedy show on the Las Vegas Strip and owner of Farr-Out Foods, “Way-Out Food with a Twist,” aimed at young people with the company’s first Strawberry-Vanilla syrup product. Farr-Out Foods generated orders exceeding $1.5 million. He has been a numismatist, which is a coin collector since he was 12 years old. As a pre-teen, Gray reached 12 million listeners and viewers every Saturday night as co-host of “Backstage Live,” a syndicated television and radio simulcast in Las Vegas. Gray’s inspirational spirit and grounded personality sparked speaking requests from organizations around the country. Farrah Gray’s sense of social responsibility motivated him to create the non-profit organization, The Farrah Gray Foundation. Among other programs and initiatives, his foundation focuses on inner-city community-based entrepreneurship education and provided scholarship and grant assistance for students from 'at-risk' backgrounds to attend HBCU’s (Historically Black Colleges and Universities). The Farrah Gray Foundation has partnered with the Kauffman Foundation, which launched entrepreneurship programs in inner-city schools across the country.

Farrah Gray’s work did not remain under the radar-screen for long. He soon then became the youngest member of the Board of Advisors for the Las Vegas Chamber of Commerce. He was also given a three-year term on the Board of Directors of United Way of Southern Nevada at the age of 15. Farrah Gray’s continued his philanthropic work signing on as the spokesman for the National Coalition for the Homeless and the National Marrow Donor Program.

Gray’s books and his journey to succeed against the odds have become required reading and part of classroom study from elementary school to entrepreneurship departments on college and university campuses such as Harvard University and Princeton. Gray’s books, Reallionaire, Get Real Get Rich, The Truth Shall Make You Rich, Comfort is the Enemy of Achievement, and Strong Women Only Intimidate Weak Men have been translated into Russian, German, Polish, French, Korean, Indonesian, Chinese Simplified, and Vietnamese languages with book sales in Africa, Australia, and Europe, and Central and South American countries.

Gray is also a contributing author to Chicken Soup for the African-American Soul, Chicken Soup for the Extraordinary Teen Soul, You’ve Got to Read This Book Gray has also been featured in Put Your Dreams to The Test By John C. Maxwell and The Covenant to Black America Part 1 & 2. Gray’s books combined have sold or have been downloaded by 2 million readers globally.

Farrah Gray is now offering his specialized expertise, coaching and mentorship to celebrity personalities, CEOS, everyday entrepreneurs and brands on to become 7 figure speakers, international authors and generate millions of dollars in free publicity and followers on social media.

Farrah Gray Consultancy and Coaching is fluent in the languages of brand elevation, lead generation, and the core consumer. FGCC religiously understands that smart and strategic strong-willed marketing is the epicenter of influence and revenue. Read Less ^

How to Get Millions of Dollars Worth of Free Publicity

How to Build a Vast Social Media Brand

"Farrah Gray was OUTSTANDING!!!! Everyone was so pleased. Thank you so much for supporting our event and we look forward working with you for upcoming events. Thanks again!"

Reallionaire: Nine Steps to Becoming Rich from the Inside Out 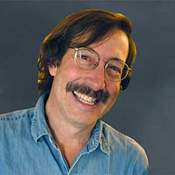