She also appeared with Queen Latifah, Terrence Howard and Morris Chestnut in The Perfect Holiday.  The family-friendly holiday film starred Union as a harried single mom who gets her wish for a compliment granted by Santa, played by Morris Chestnut.

Past films include writer/director Tyler Perry’s Daddy’s Little Girls opposite Idris Elba, director Ryan Murphy’s Running With Scissors starring Annette Benning, Gwyneth Paltrow, Joseph Fiennes, and Alec Baldwin, the blockbuster  Bad Boys II opposite Martin Lawrence and Will Smith, Breakin’ All the Rules co-starring Jamie Foxx, Deliver Us From Eva alongside LL Cool J, The Brothers, Universal’s cult hit Bring It On, Welcome to Collinwood with George Clooney and Sam Rockwell, Abandon opposite Benjamin Bratt and Katie Holmes, Two Can Play That Game, Love & Basketball, Cradle to the Grave, Ten Things I Hate About You, Neo Ned, The Honeymooners, and She’s All That.

On television, Union recently joined the cast of Ugly Betty for three episodes.  She played the crazy younger sister to Vanessa Williams’ character. In addition, she starred in ABC’s critically acclaimed series Night Stalker with Stuart Townsend and was also seen in HBO’s award-winning Something the Lord Made, which starred Alan Rickman, Kyra Sedgwick, and Mos Def.

Union made her television debut in UPN’s hit comedy Moesha, and then went on to guest star in hit shows such as ER, Dave’s World, and The Steve Harvey Show.  Shortly thereafter, Union had a recurring role on two WB hit shows, Sister, Sister and 7th Heaven.  Gabrielle stirred things up when she guest starred as a love interest to both ‘Joey’ (Matt LeBlanc) and ‘Ross’ (David Schwimmer) on Friends.  With this role, Union marked the first African American love interest on the series.  In addition, she joined the cast of Steven Bochco’s CBS drama City of Angels for one season.

Union’s passion for acting is rivaled by her support for the Rape Treatment Center (RTC) at UCLA and the Young Survivor Coalition. In her free time, Union often visits the RTC to talk to the young women at the center, and travels on behalf of both organizations to share her story and inspire others. Read Less ^

An Evening with Gabrielle Union 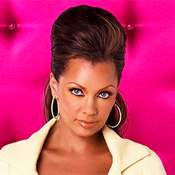