Catalyst. Engineer. Designer. Polletta has made a career of producing work that startles, gets the job done, and continually pushes boundaries in a broad range of fields that encompass the artistic as well as the practical and scientific. He is the founder of iGNITIATE, an innovation strategy and industrial design firm that specializes in disruptive design — the art and science of creating new and innovative products and services that can transform a product category, shake up a market, and ensure international firms' continued success. Polletta is also the co-founder of the international award-winning design brand gregorysung. Read More >

Polletta is a true 21st-century Renaissance man whose research, start-ups and designs span many fields, including architecture (where he and his team have designed eye-catching facades for buildings under renovation) namely TOPIADE the world’s first ever fully articulated moving pin facade design for Louis Vuitton in 2006, medical device technology such as O.M., computer memory devices, mobile phone software, furniture design, artificial lighting, object design, and consumer product packaging. He has brought his talents for high-tech research and development commercialization and design to bear for such clients as Guzzini, Roche Bobois, Fujitsu, Louis-Vuitton, Pfizer, The US Navy, The Government of Saudi Arabia and Singapore, Steinway Pianos and many more.

Prior to iGNITIATE, Polletta worked at the legendary Xerox PARC Labs, the American Management Center for Advanced Technology, and DARPA/Lawrence Livermore National Laboratory. Gregory is a full professor at France's Grande Ecole Nationale des Ponts et Chaussées ENPC PhD Engineering and MBA program in Paris, and the Parsons School of Design in Paris, France as well as lecturing at the Royal College of Art in London, UK; and many other universities on the topics of design innovation, strategic management, research and development commercialization, entrepreneurship, industrial design, and new product development.

Gregory N. Polletta's work has appeared and is featured in numerous publications around the world. He is currently writing a book on the intersection of design, business, and engineering and the need to embrace all three disciplines simultaneously in order to create sustained marketplace breakthroughs and as detailed in a recent interview at with the dean of NorthEastern University's Engineering School's Center For High Rate Nano Manufacturing.

Since 2006 and after almost 15 years with the ENPC Ph.D Engineering & MBA Program and after 1000's of industry professionals have passed through his iGNITE Convergence Program classes, Professor Polletta was named the most inspirational professor in 2014 at Grande Ecole Nationale des Ponts et Chaussées ENPC Paris, France. Gregory is the designer of REUTPALA – the permanent award for the World Retail Congress given on the date of its launch to Alberto Alessi as a lifetime achievement award for design and retail. Gregory was the 2nd highest ranked speaker at the inaugural True Start/True Capital R:evolution conference and a past designer in residence there, is the Chairman of the 2015 Global Leadership Conference on Design and also a judge of the $1M President Clinton HULT Prize, the A' Design Awards, the Cannes Lions Festival Awards for Product Design, the Clio Awards and a 2017 Candidate for the US Presidential Innovation Fellows Program at the White House. Read Less ^

Creating the R&D Mindset: Design and Innovation for Retail

Design Thinking + New Product Development + Innovation has been the core focus of Gregory Polletta & his team at iGNITIATE since 2001 to creating value in improbably complex markets & transform what is "futuristic" unknowns into successes. Read More >

Via the integration of design and design thinking + iGNITIATE's own iGNITE program recently given at the US Navy along with Gregory's own design for the permanent World Retail Congress trophy REUTPALA, Gregory will illustrate how: Read Less ^

Speaker Gregory Polletta believes that the ability to read improbably complex markets and use creativity and new product development tools to transform what is not understood into positive return on investment are fundamental mechanisms for success. Read More >

In this lecture, Polletta will teach you how to: Read Less ^

How often do employees overlook potential because they are too busy replicating what has already been established? How many breakthroughs are lost because no communication or outlet exists for internal insights? In this presentation, speaker Gregory Polletta will teach you how to achieve your organization’s full “intrapreneurial” potential by learning how to fail fast and fail often and capture that knowledge to bring intrapreneurial ideas to the marketplace. Read More >

You will learn: Read Less ^

"Gregory's keynote and 1hr master class at The World Retail Congress Awards in Paris was awe inspiring being partly in English, French and Chinese. His grasp and real world experience in design, R&D, business, and technology was very impressive and I have recommended him to the Mahindra Group as a potential speaker for a few key programs that the Mihandra Group organizes including the Senior Management Conclave and the Mahindra Program at HBS. Independent of this, I look forward to working with Gregory and his team at iGNITIATE sometime in the future and am sure there will be great value in what I can gain as will my company!"

"I had the pleasure of being led by Gregory in panel discussions and sessions with many other international executives at the Global Leadership Summit in Manhattan this year. I found his design thinking capabilities and leadership clearly made the summit the success it was. Personally, I got a lot out of it and enjoyed the challenging environment in which it was couched. I recommend Gregory for any such engagement in the future and look forward to working with him again."

"I worked with Gregory at Xerox PARC. I found Gregory's vision and design focus quite contagious. He worked to take the Mobiledoc system to fruition designing and launching it with technology from researchers in the Palo Alto, CA Cambridge, UK and Sophia Antipolis, France Xerox labs. He's tremendous at bringing emerging technologies and cutting edge design to the market."

- Past Head of the Xerox PARC Labs

"It has been my true pleasure to work with Greg on several successful projects over the past 5 years and he always delivers smart, creative ideas and solutions! His extraordinary design skills and business acumen will continue to support his company, iGNITIATE, and their clients through top tier conceptual and strategic execution. I look forward to many more years working together with Greg and highly recommend him to anyone fortunate enough to collaborate with iGNITIATE!"

"The iGNITE Convergence Program was one of the hardest things I’ve ever done. I walked out knowing exactly what I needed to do to design and launch a game changing product while gaining incredible leadership skills along the way...."

"An extremely attractive approach to design, new product development, innovation and leadership. While being very challenging, the iGNITE program was also amazingly innovative - I’ve learned to adapt, put a name to and utilize processes I was aware of on an intuitive level. This program empowers and motivates future leaders!"

"I felt the iGNITE program delivered great value & facilitated feedback on our beliefs and encouraged collaborating with other members. The program leaders had a very positive attitude with a tough subject and a very tough group."

- Pilot and Deputy Commander, US Navy

"The iGNITE program is a serious, dedicated and energetic program for those who are interested in embracing new product innovation launches. The incredible pace of the program sets you up for the very realities of the [design] industry and prepared me for the pace & complexities of creative new product development endeavors. From ideation and prototyping to pitch, production and launch."

"A VERY challenging atmosphere which makes it possible to do things that I would NEVER do in normal conditions. The iGNITE program was huge and the instructors very straight to the point which enable them to cover incredible amounts in a very short time while making me really think about design, creating a sustainable enterprise, its goals and way to success."

"The iGNITE program was something that I remember the most because I was pushed beyond my limits & this changed the course of my career. Our team was in last place during the first two days but in the end, on the 3rd day we won the project review voted on by everyone in the program: a mixed group of designers , engineers and business professionals. I think this is what iGNITE is all about: achieving the impossible when you aren’t sure what that even means when you start...." 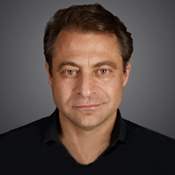 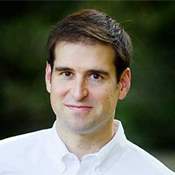