The Reverend Monroe is an ordained minister, religion columnist and motivational speaker. As an African American feminist theologian, she speaks for a sector of society that is frequently invisible. Read More >

Monroe does a weekly Monday segment, “All Revved Up!” on WGBH (89.7 FM), a Boston member station of National Public Radio (NPR), that is now a podcast, and a weekly Friday commentator on New England Channel NEWS (NECN). She’s a Huffington Post blogger and a syndicated religion columnist. Her columns appear in 23 cities across the country and in the U.K, Ireland, Canada.  And she writes a weekly column in the Boston home LGBTQ newspaper Baywindows, Cambridge Chronicle, and Opinion pieces for the Boston Globe.

Monroe stated that her "columns are an interdisciplinary approach drawing on critical race theory, African American, queer and religious studies. As a religion columnist I try to inform the public of the role religion plays in discrimination against lesbian, gay, bisexual, transgender and queer people. Because homophobia is both a hatred of the “other” and it’s usually acted upon ‘in the name of religion,” by reporting religion in the news I aim to highlight how religious intolerance and fundamentalism not only shatters the goal of American democracy, but also aids in perpetuating other forms of oppression such as racism, sexism, classism and anti-Semitism.”

Monroe is a Visiting Scholar in the Religion and Conflict Transformation Program at Boston University School of Theology, and the Boston voice for Detour’s African American Heritage Trail. Monroe’s syndicated religion columns appear in Bay Windows, Cambridge Chronicle, Dig Boston, and in several cities across the country and in the U.K, and Canada.

In inviting Monroe to speak at The United Nations International School at the UN they wrote "Rev. Monroe, your active role in the fight against homophobia and your written activism for human rights has truly made an impact on this world, as well as your theories on religion and homosexuality in the U.S."

Monroe is a founder and now member emeritus of the National Black Justice Coalition (NBJC). She is also one of the founders of Equal Partners of Faith, the Religious Coalition for the Freedom to Marry (RCFM) and Christian Lesbians Out (CLOUT).

Monroe sat on the advisory boards of several national LGBTQ organizations. Monroe served on the Religious Advisory Committee of HRC, NBJC and LGTF. Monroe was a board member of the Cambridge Family YMCA, and a Cambridge LGBTQ Commissioner.

Monroe was chosen in October 2009 by MSNBC as "10 Black women you should know." Monroe has been profiled in O, Oprah Magazine, being described as “a phenomenal woman who has succeeded against all odds.” She was also profiled in the Gay Pride Episode of ""In the Life" TV" where the segment on her was nominated for an educational Emmy.

A native of Brooklyn, NY, Monroe graduated from Wellesley College and Union Theological Seminary at Columbia University, and served as a pastor at an African-American church in New Jersey before coming to Harvard Divinity School to do her doctorate. She has received the Harvard University Certificate of Distinction in Teaching several times while being the head teaching fellow of the Rev. Peter Gomes, the Pusey Minister in the Memorial Church at Harvard who is the author of the best seller, THE GOOD BOOK. She is in the film, "For the bible Tells me so," an exploration of the intersection between religion and homosexuality in the U.S. and how the religious right has used its interpretation of the Bible to stigmatize the gay community, and her coming out story is profiled in "CRISIS: 40 Stories Revealing the Personal, Social, and Religious Pain and Trauma of Growing up Gay in America" and in "Youth in Crisis." In 1997 Boston Magazine cited me as one of Boston's 50 Most Intriguing Women, and was profiled twice in the Boston Globe, In the Living Arts and The Spiritual Life sections for her LGBT activism.

As an activist Monroe has received numerous awards: in the 2015 Top 25 LGBT Power Players of New England Award by Boston Spirit Magazine and the Open Door Award for work with HIV/AIDS, Black Church and LGBTQ community; in 2013 the Cambridge Bayard Rustin Service Award and the James Hardy Legend Award from the Hispanic Black Gay Coalition; in 2012 GLAD’s Spirit of Justice Award, and in 2011 the YWCA Outstanding Women Award. Monroe have received the Cambridge Peace and Justice Award, the Boston Certificate of Recognition for continued leadership and dedication to Boston's Gay and Lesbian Community, and in 1998 Monroe was the first African American lesbian to be bestowed the honor of being grand marshall in the Boston Pride Celebration. Monroe has also received the Unitarian Universalist Feminist Theology Award for my project on an African American queer community, a commendation from Cambridge Councilor Brain Murphy for receiving the Sistah Summit Gay Pride Spirituality Award.

Her papers are at the Schlesinger Library at Radcliffe College's research library on the history of women in America. Read Less ^

Intersectional Activism as a Spiritual Practice

It looks at holistic and inclusive approaches of working on multiple issues- misogyny, xenophobia, racism, anti-Semitism, Islamophobia or homophobia, to name a few- by doing the following:

Justice Begins in the Bedroom

We will explore how abuse of power is integrally tied to sexual, racial, class and religious stereotypes and misinformation we act out in bed. As a site of subjugated knowledge, we will gather to examine our bedroom politics as a lens   to critique our actions with one another and in the world as religious activists aimed at doing social justice work. Read Less ^

Debunking the Notion of a Hierarchy of Oppression

This talk or workshop works toward the goal of a participatory and multicultural community by examining the intersection of race, gender, class and sexuality, and how they impact identity, identification, and community building.

Monroe's prejudice reduction workshop serves as a vehicle in shaping awareness of systemic racism, sexism, heterosexism, and other “isms” within institutions and an analysis of the specific barriers to change.  Read More >

The specific goals of the workshop are: Read Less ^

Goal and Aim: team building workshop has a one simple goal and aim. Read More >

Work Preferences Workshop is an application of a flexible small-group activity to enable players to express, explain, and exchange what they need, want, or like in a work and learning situation.

The Conceptual Trap of Whiteness

This talk or workshop will examine the ways in which whites are harmed by a system of institutional racism, even as that system provides immense privileges to them based on skin color. Although people of color are the targets of racism, whites, ironically, become the 'collateral damage' of the system that bestows such privileges upon them.  Read More >

This workshop also examines the ways in which systemic privilege "sets up" whites for a fall, by encouraging dysfunctional notions of entitlement that lead to a host of destructive and pathological cultural tendencies among the dominant group.  Read Less ^

"Rev. Irene was a delight to work with and have at IU Southeast!  She challenged attendants to simply search outside the box; she encouraged all of us to question. Part of our job in the Student Program Council is to stretch both body and mind by offering programs that promote a well-rounded and diverse education; per attendant and event feedback the lecture is considered quite a success!"

“We could not be more appreciative to Rev. Monroe for sharing her time and wisdom with our community. Her energy was infectious, connections to community and organizing incredible, and passion for people obvious. Her speech was timely and needed as part of our annual Rainbow Lunch, where she seamlessly connected racial justice, LGBTQ+ activism, and spiritual life. She later had a conversation with students where she made connections in a less formal setting. We were more than thrilled to have her with us, especially in a virtual format due to COVID-19. We would highly recommend her!”

"She was absolutely amazing. I have had numbers of emails and drop-ins just to tell me how much they loved her presentation. The student reception was well attended and she was very generous of her time with them and they too are grateful for the time they had with them. This was a very good choice she left us inspired and thinking more critically."

Podcast: All Rev'd Up 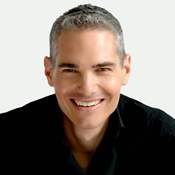