Dubbed “The Man Who Can’t Miss” by Time magazine, James Patterson is one of the best-known and best-selling writers of all time, having sold an estimated 260 million copies worldwide. Since 2006, one out of every 17 hardcover fiction books sold has been a Patterson title. He is the first author to have #1 new titles simultaneously on The New York Times adult and children's bestsellers lists and is the only author to have had five new hardcover novels debut at #1 on the list in one year—a record-breaking feat he's accomplished every year since 2005. To date, Patterson has had 19 consecutive #1 New York Times best-selling novels and holds the New York Times record for most hardcover fiction best-selling titles by a single author (76 total), which is also a Guinness World Record. Read More >

The recipient of an Edgar Award—the mystery world's highest honor—Patterson is the creator of the “Alex Cross” detective series, which includes Kiss the Girls and Along Came a Spider, both of which were made into feature films starring Morgan Freeman. His latest “Alex Cross” novel is Merry Christmas, Alex Cross. His “Women’s Murder Club” series—which includes titles such as 1st to Die and 2nd Chance—was adapted into an ABC television series and is lauded by critics and audiences alike.

Patterson is also the founder of the James Patterson Page Turner Awards, which honors outstanding work that spreads enthusiasm for books and reading. Since its inception, the Page Turner Awards have given away over $600,000 in prizes. In addition, Patterson is a member of the board of First Book, an organization that donates books to troops and underserved youths.

A lifelong champion of books and reading, James Patterson is the creator of the nationally recognized and award-winning website ReadKiddoRead.com and has created three series for readers of all ages, including the “Daniel X” series and Witch & Wizard, which spent five consecutive weeks atop The New York Times Bestseller List. In 2010, Patterson was named “Author of the Year” by the Children’s Book Council’s Children’s Choice Book Awards, a designation decided on by more than 15,000 children and teen readers. He has also written a number of children’s books, the latest of which is I Funny: A Middle School Story. Read Less ^

A Conversation with James Patterson 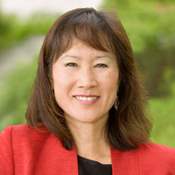