Internationally best-selling author Tess Gerritsen took an unusual route to a writing career. A graduate of Stanford University, Gerritsen went on to medical school at the University of California, San Francisco, where she was awarded her M.D. Read More >

While on maternity leave from her work as a physician, she began to write fiction. In 1987, her first novel was published. Call After Midnight, a romantic thriller, was followed by eight more romantic suspense novels. She also wrote a screenplay, “Adrift,” which aired as a 1993 CBS Movie of the Week starring Kate Jackson.

From Physician to Fiction

"Tess was terrific! We had about 215 attend her talk and it was a truly a wonderful night. She gave such an interesting talk, and she is extremely funny! She had everyone totally absorbed into her presentation. She was truly one of the best speakers we've ever hosted."

The Keeper of the Bride 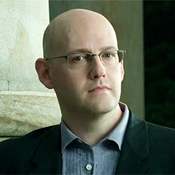