Principal of The Washington Update & Authority on Tax and Legal Policy

A dynamic and insightful speaker and author, Jeff Bush is known for his unique ability to translate difficult and confusing information coming out of Washington D.C. into winning growth strategies for business owners, executives and high net worth investors. Jeff is a colleague of Andy Friedman and an integral part of The Washington Update, the industry’s NONPARTISAN experts on all things Washington. Read More >

Jeff presents more than 200 times yearly in the US and abroad to a client base that includes a who’s who list of fortune 500 firms from Wall Street to Main Street and everywhere in between.

While Jeff is best known as a keynote speaker, he has shared the stage with many notables, including prior Chairman and Vice Chairman of the Federal Reserve, Ben Bernanke and Stanley Fischer, Ron Insana, a reporter for Market Score Board and former Senior CNBC Analyst, Consuelo Mack, host of Wealth Track, Jeffrey Applegate, CIO for Morgan Stanley, Robert Reynolds President and CEO of Putnam Investments, and John Theil, former Vice Chairman of Global Wealth Management at Bank of America.

Jeff is a 30+ year veteran of the financial industry. By the end of his career on Wall Street, he was managing a $50+ billion sales organization. Before that, Jeff was the youngest managing partner in the 150-year history of The New England Financial.

Jeff holds a bachelor’s degree in Business Administration/Management with an emphasis in Accounting, computers, and philosophy from William Jewell College. 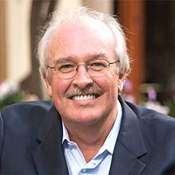 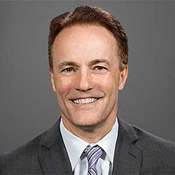