Jeff Francoeur is a veteran Major League Baseball player and an extraordinary example of hard work, passion and persistence. The son of two teachers, Jeff was born and raised just outside Atlanta, Georgia. Growing up he was witness to the powerful early-nineties Braves with legends Tom Glavine, John Smoltz and Greg Maddux. He rarely missed a game and dreamed of one day playing for the team himself. A gifted athlete, Francoeur excelled at both baseball and football and to those around him, a career in the majors didn’t seem that unlikely. Read More >

In 2002, his dream came true when he was selected by the Braves in the first round of the June 2002 amateur draft. Already committed to Clemson University, he gave up a football scholarship and a college education to play baseball. He soon joined the minors and by 2004, Jeff was named a top prospect in the Braves Organization by Baseball America.

Francoeur made his major league debut with the Braves on July 6, 2005 with a three-run homer in the 8th inning against the Chicago Cubs. This was his first hit in the majors and the spark that lit his astronomical trajectory as a professional baseball player. By August he was on the cover of Sports Illustrated and had a new nickname: “The Natural.” Francoeur finished his rookie season with a commanding .300 batting average, 14 home runs and 44 RBIs in 67 games.

Jeff, a hometown boy, quickly became a fan favorite and an asset to the team. Along with a strong bat, he was also recognized for his powerful arm and defensive talent, earning him his first career Gold Glove in 2007. Jeff led MLB in outfield assists during three different seasons of his Major league baseball career.

In 2008, things started to take a turn. After a terrible hitting slump, Jeff was called back down to the minors to work with his old hitting coach. He ended the 2008 season with a .234 batting average and by 2009 was traded to the New York Mets. His batting became more consistent while in New York, but Jeff found himself on the bench after he was replaced in the outfield by Angel Pagan.

Despite multiple trades and declining numbers, Francoeur never lost his passion or love of the game. Known for his great attitude and positivity, he kept at it, and took his time on the bench to mentor and encourage his teammates and improve hit batting. In 2014 the numbers still weren’t in his favor, and it would have been easy for him to walk away from baseball forever. Instead, he agreed to go back to the minors to find his game. He had a good season there and it looked as though he was turning a corner, but he was released by the team that September. He was discouraged but kept working.

In 2015 Jeff joined Philadelphia Phillies knowing that the newest analytics in baseball didn’t favor him, but that he had plenty to offer a team. He won a role as a veteran on the bench and went on to lead all MLB players in batting average as a pinch hitter at .367.

In 2016 he rejoined the Braves and was then traded to Miami as a right-handed batter during their playoff run. Unfortunately, the Marlins didn’t make it to October and Jeff was part of a Marlins team that tragically endured the death of its leader in Jose Fernandez.

In 2017, Francoeur announced his retirement from the MLB and he became a commentator for the Atlanta Braves. In 2018, the Braves announced that Jeff would replace Joe Simpson as their lead television analyst. In 2019, Francoeur was hired by TBS to work as an analyst for the network's National League Wild Card Game and National League Championship Series. He lives in the Atlanta area with his wife Cate and their two children.

In his motivating presentations, Jeff Francoeur doesn’t shy away from the highs and lows of his career. Speaking with candor and humility, he encourages anyone going through a “slump” of their own to channel their passion, work hard and just keep going. He speaks on teamwork and the importance in recognizing that whether you are the star or the guy on the bench, you have a role to play. Read Less ^

A Man of Faith

Few people possess the drive and passion that Jeff Francoeur brought to the field each day of his MLB career. His ability to embrace failure, power through his struggles and remain dedicated to his passion for the game is something that anyone, regardless of industry, can learn from. Sharing personal stories from both on and off the field, Francoeur emphasizes the importance of teamwork and encourages audiences to work hard and keep going, no matter what stands in their way.

The Importance of All-Star Teachers

Jeff Francoer comes from a family of educators. His mother, father, brother and sister are all teachers, and he once stated that if he hadn’t become a professional athlete he’d likely be a High School Football coach. Sharing personal stories and lessons from his family, as well as his own personal experiences with influential teachers and coaches, Francoeur highlights the importance of our educators in this inspiring and uplifting talk.

Giving Back to Our Communities

A journalist recently wrote that Jeff Francoeur should get the first vote into the “Good Guy Hall of Fame.” Giving back has always been a priority for Jeff who actively supports the Children’s Hospital of Atlanta. Perfect for fundraisers and galas, Francoeur shares how service and paying it forward have transformed his life and encourages audiences to give back to their own communities.

Without God, I Would Have Never Gotten Up to Bat

One of the things that is near and dear to Jeff’s heart, is his strong faith in Jesus. Even though playing sports is a huge part of his life, Jeff realized at a young age that it is God who gave him his talent and athletic abilities. Through the ups and downs of his 16-year professional baseball career, Jeff’s deeply rooted faith has proven to be his mainstay. Looking back, it is evident God’s hand has been in every part of his career; moreover his life. Now entering a new chapter in his journey, Jeff is excited to see where God is leading he and his family for the glory of the Lord.

Jeff has always been passionate about children. Growing up in a large family, he knew he wanted many children of his own. Through professional baseball, Jeff has worked with many children’s hospitals throughout the country, and it has become a true passion of his. From raising funds for a hospital to simply brightening a patient’s stay, Jeff is committed to helping children’s hospitals anyway he can. Since he calls Georgia home, Children’s Healthcare of Atlanta is particularly special to him. He has participated in numerous CHOA fundraisers and patient-focused functions throughout his career and beyond. This cause has taken root in his heart and his enthusiasm for CHOA and beyond is only continuing to grow. 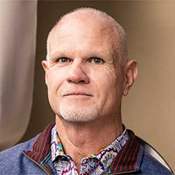