Jennifer Ayers-Moore, the founder of The Friends of Ayers Foundation Incorporated, a nonprofit 501c3 organization, which is working to provide support to individuals with a mental health condition and their families. The foundation is continuously looking to improve ways to provide support for the agencies that provide mental health services. Jennifer has been introduced as a “Keynote” speaker for many events and developed many valuable friendships from her travels that she cherishes. She is also the author of Hear The Music, memoirs from the sister of The Soloist, available on Amazon. Read More >

Jennifer Ayers-Moore is an alumnus of Kent State University and National Louis University, she has a bachelor’s degree in Behavioral Science. Ayers-Moore has many years of experience in teaching, counseling, program development, program management, and has taken the lead for many successful drives to support the homeless, hungry, children in foster care and continues to advocate for those who have been diagnosed with a mental illness and their families. Ayers-Moore is also an active blogger, continuing the discussion of mental illness and sharing her experiences, as a sibling and encouraging others to do the same.

Jennifer’s brother is Nathaniel Ayers, he is the subject of the film and book, both entitled The Soloist. Nathaniel developed schizophrenia while he was a student at The Juilliard School where he studied classical music playing the double bass, he played in the school orchestra, alongside YoYo Ma and Joseph Russo. It was in his junior year when his health began to manifest signs. Nathaniel’s illness not only changed his life, it devastated the family. Particularly Jennifer, as they are extremely close. Jennifer had to find a way to understand and cope. It was not an easy journey, and she will admit it is ongoing.

Ayers-Moore's mother, Floria, never gave up trying to help her son, and Ayers-Moore became her emissary, writing letters and contacting anyone who would listen to their family's plight. She became her mother's ally, accompanying her when Nathaniel was probated, committed to mental institutions, or admitted to hospitals for treatment. Keeping journal notes, Ayers-Moore documented the pain the family underwent, while continuing to look up to her mother as a role model and visiting Nathaniel faithfully.

After Ayers-Moore's mother died, Nathaniel disappeared, ending up homeless and on Skid Row. Ayers-Moore never lost hope that she would one day hear from her brother. After nearly five years she received a call from Los Angeles Times journalist Steve Lopez stating that “he had befriended Nathaniel” and wanted to write a series of articles about him, Ayers-Moore was delighted, first because she finally knew Nathaniel was alive, ok and someone wanted to help him. Eventually, Lopez wrote the book, The Soloist, which of course was followed by a movie bearing the same name.

Ayers-Moore is still working through the FOA to do small projects with agencies that are designed to help them become more visible and their needs recognized, like the “SOCKS ON” campaign. Read Less ^

Noticing the Differences in Nathaniel

The Influence of Steve Lopez

Nathaniel’s Place: Assisting Through the Arts

Erasing the Stigma of Mental Illness

"Everybody loved Jennifer Ayers-Moore. It was unanimous among the board. She was very well received. She is extremely personable and they loved her message. She was a great speaker and we would recommend her to anyone! She has a big heart, big story, and kind spirit."

"Amazing, simply amazing! One of the nicest, down to earth people I have ever met! Her presentation was well heard, and we especially enjoyed that after her presentation she even took part in some of our workshops." 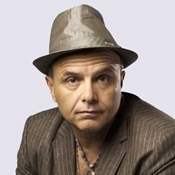 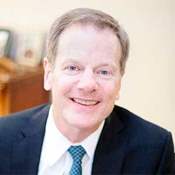