As one of today's best-known character actors, Joe Pantoliano boasts over 100 film, television, and stage credits. Joey Pants — as he is affectionately known — has been revered and honored for his unique and entertaining portrayals — including killer pimp “Guido” in Risky Business, bumbling criminal “Francis Fratelli” in The Goonies, double-crossing bail bondsman “Eddie Moscone” in Midnight Run, cynical US Marshall “Cosmo Renfro” in The Fugitive, turncoat “Cypher” in The Matrix, and shady sidekick “Teddy” in Memento. Joe also finished shooting Bad Boy For Life, set to release January 2020. Read More >

In 2001, at the behest of producer David Chase, Pantoliano joined the cast of the landmark HBO series The Sopranos, which is celebrating its 20th anniversary along with The Matrix. While portraying psychopathic mobster “Ralphie Cifaretto” on the hit show, the actor published Who's Sorry Now: The True Story of a Stand-Up Guy, a bittersweet memoir about his New Jersey childhood and his mother’s mental illness that was a New York Times bestseller.

Pantoliano produced and starred in Canvas, a feature film that portrays a family’s struggle with mental illness, which won Best Feature Film and landed Pantoliano the Outstanding Actor Award in 2006. He also serves as co-president of the Creative Coalition, a nonprofit, nonpartisan social and political advocacy organization of the entertainment industry.

Inspired by his role in Canvas, Pantoliano created No Kidding, Me Too!, a nonprofit dedicated to removing the stigma associated with mental illness. Continuing to spread his message, Pantoliano made his directorial debut with an informative and moving documentary titled No Kidding, Me Too!, seeking to promote mental health and awareness. It became an integral piece of the Stomp the Stigma tour which includes a 12-day stay in Iraq, visiting troops and addressing mental illness.

His second book, Asylum: Hollywood Tales from My Great Depression: Brain Dis-Ease, Recovery, and Being My Mother's Son, was published in May 2012. A humorous and candid account of his own journey through clinical depression, Asylum chronicles Pantoliano’s quest for fame and the downhill spiral into depression and addiction that followed his success. By charting his own diagnosis and recovery, he hopes to educate others and remove the stigma from mental illness.

Joe Pantoliano has been a visiting professor at Penn State in theatre, arts, and film studies and has taught a seminar called “Show Business 101” at Penn State, Yale, Wesleyan, and Harvard.

Hollywood Tales from My Great Depression

An Interview With Brian Williams

A Tough Guy Battles Back

Joe Pantoliano has been grappling with clinical depression for over a decade. Before diagnosed, the actor, widely known as “Joey Pants,” would put on his “Joey” façade to be part of the solution, not the problem, for the 15 weeks on a movie set. But coming home, he’d crawl under the sheets feeling like his “heart was paralyzed.” Read More >

Post-diagnosis, Pantoliano felt shrouded in the stigma that surrounds depression when he couldn’t get health coverage on movie sets for fear he might have a nervous breakdown. It was then he realized he couldn’t have the luxury of being anonymous with mental illness.

Today he advocates for the recognition that “the brain does not have the same equal rights as the liver or the kidney or the gall bladder.” But it should. In an uplifting, funny, and clever presentation, Pantoliano shares his own personal story of living with depression, inspiring others with his commentary, “I’ve got it. I’m functioning. My life is better for it.”

Stomp the Stigma of Mental Illness

Who's Sorry Now: The True Story of a Stand-Up Guy

"Went very well and Joe ended up doing a mini book signing after! People really enjoyed it and we got great comments about him!"

"Our event was overwhelmingly successful. Joe did a great job!!! Thanks."

"I just wanted to thank you for all the time and effort you put into making our event with Joey successful. He was so knowledgeable about mental illness, open to telling his story, and did all this with a great sense of humor. This event brought in 100% more people than any other event we have had in the past."

"The program was a huge success. There were about 400 students and Scranton community members in attendance. The film was well received, and Joey did an excellent job of conveying the message about the impact of mental illness on individuals, families and society in general as well as the consequences of stigma on treatment seeking behavior. He is an amazing speaker, and really captured the attention of our students."

"The event was fantastic! The movie was very touching and with such an emphasis on the healing power of Art, the Art Therapy graduate students who displayed their work were so thrilled. Joey could not have been more accommodating. He really spoke to the heart of our issue- reducing the stigma associated with mental illness- he did so in a professional, sensitive, and humorous way. He was incredibly patient with the crowd- and he did a tremendous job getting the students involved. We had a lot of people present for the event and we really hope that the event will help to encourage students struggling with mental illness to come forward and seek the help that they need. The movie was an excellent way to get the message across and I wish Joey and the others in the film luck with the film's debut. The event was really a powerful one and we are very pleased!"

"Joe was great!!!!!!! I can not tell you how wonderful he was, Erie is still all a buzz since he has left. He was so inspirational to families, legislators, professionals, and consumers. He is a wonderful speaker, he just moves people. I wish we would have had him longer to do more. I would recommend him as a speaker!"

"Everyone thoroughly enjoyed Joey’s appearance last week at PhRMA. He was funny, on message and won the respect of a lot of people. His visit here will be long remembered. Most of all, on a personal level, I liked him. Period. I like his style. I like his passion. And I like his commitment to helping others."

"On behalf of the Gathering Place, I would like to extend a very special thank you to Mr. Joe Pantoliano, for being the guest speaker at The Gathering Place Inc, annual Spring Luncheon. Many of our guests expressed how much they enjoyed his presentation, and appreciated his candor regarding his own personal struggles with mental illness and suggested he be invited to speak again."

"Joey has the ability to move, cajole, enthuse and inspire individuals in a uniquely creative and impassioned way! What is wonderfully amazing and hopeful is his dedication of all of this creativity, passion, and energy to the cause of ending the stigma of mental illness. Wow, what a gift to the work we do here at Community Alliance - and what a gift to the thousands of people in Nebraska and the hundreds of thousands across this county who have to confront that stigma every day"

Asylum: Hollywood Tales from My Great Depression: Brain Dis-Ease, Recovery, and Being My Mother's Son 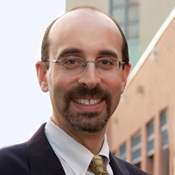 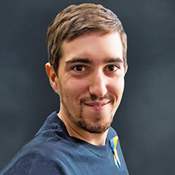