Jessica Herthel is the co-author of the critically acclaimed children’s picture book, I Am Jazz, which recently ranked third on the American Library Association’s list of the country’s Top Ten Most Challenged Books of 2015.  Read More >

Kirkus Review calls I Am Jazz “[a]n empowering, timely story with the power to help readers proclaim, in the words of Jazz’s parents, ‘We understand now.’”

Common Sense Media says, “This is an excellent choice to jump-start a conversation about gender, identity, compassion, and honesty.”

Barbara Walters explains: "Jazz is a sensitive and courageous young woman. Her story is inspiring and important to read. By sharing her experiences and view she has added to our understanding and compassion for the transgender experience."

But why is this children’s book important for even adults to read, and why now?

The reality is that the subject of transgender rights has exploded into our national consciousness. From Jazz Jennings to Caitlyn Jenner to Laverne Cox, the conversation about transgender people has gone far beyond water coolers and deep into living rooms and classrooms.  Knowing how to discuss these issues intelligently and compassionately has never been more important, especially as more of our friends, family, and coworkers are bravely coming out of their closets every day.

Jessica Herthel, a straight ally and married mother of three straight kids, never planned on becoming a transgender rights advocate. But a series of happy coincidences placed her in the right place at the right time, and she has been fighting for equality ever since.

Jessica graduated from Harvard Law School in 2000 and practiced employment law for five years, specializing in sexual harassment litigation and corporate trainings.  When her first daughter was born, Jessica took time off from work to concentrate on being a full-time mom.  Two more daughters followed, as did a two-year adventure in Dubai, United Arab Emirates, because of her husband’s job in the hospitality industry.

With an extensive theater background and many gay friends, Jessica made it a priority to teach her children about tolerance and acceptance from the time they were two years old.  But it was not until her eldest child entered kindergarten, and was exposed to only a traditional version of family, did it ever occur to them to look at a same-sex couple and say— as her then-five-year-old daughter did—“That is strange.”

Startled by this comment, and realizing that it does, in fact, take a village to raise a child who doesn’t shy away from differences, Jessica began volunteering for her local school district (Broward County, Florida: the sixth largest district in the nation), helping them to create inclusive lesson plans and purchase diverse books for elementary school classrooms.  She ended up being the primary content editor of “Broward County’s LGBTQ Critical Support Guide,” which was distributed to all district administrators.

That consulting position led to a job as Education Director for the Stonewall National Museum & Archives in Fort Lauderdale. There, Jessica oversaw the development of additional educational resources, and for three years she facilitated an annual conference of 200 district administrators committed to the creation of inclusive schools.

Through an entirely chance encounter, Jessica met and developed a friendship with Jeanette, the indomitable mother of media darling and transgender superstar Jazz Jennings. When they introduced their children to each other, and Jessica saw how easily her then-four-year-old daughter was able to grasp the basic concept of “transgender” and quickly move past it, the idea for the children’s book was born. One goal of the book was to allow trans kids like Jazz to see themselves in a story for the very first time, but Jessica further explains: “I thought there should be a resource for parents and allies like me, who wanted to explain ‘transgender’ to their kids but didn’t know where to start.”

Today Jessica travels around the country primarily speaking to students, parents, teachers, counselors, and superintendents about using the book as a classroom tool, and why it is imperative to make schools and communities a safer place for ALL children. Her mix of booksmarts and humor can put even the most reluctant audiences at ease. And because Jessica comes to this work as an straight ally, no question is off-limits or too personal.  A session with Jessica will provide you a better understanding of what it means to be transgender in today’s rapidly changing world, and how to support the transgender friends, students, coworkers, or family members in your life.

Tune in to see Jessica on the TLC program, I Am Jazz, which completed its sixth season in June 2020. Read Less ^

Jessica incorporates her children's book, I Am Jazz, into an informative presentation that will entertain kids, parents, and school administrators alike. She covers topics such as curriculum, restrooms, and anti-bullying efforts; the audience will leave feeling empowered to make compassionate choices both in and outside the classroom.

Drawing upon her background in law, Jessica reviews the elements of a welcoming workplace from a legal, policy-based, and cultural perspective. She encourages attendees to examine their own unconscious biases that might be interfering with personal and professional interactions. An inclusive workplace is a productive workplace, and employers who focus on diverse hiring attract the best talent. 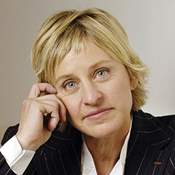 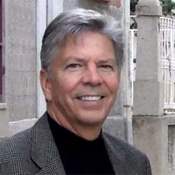 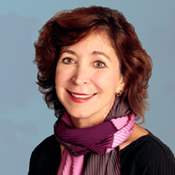