John Maxwell grew up in the 1950s in the small midwestern city of Circleville, Ohio.  The second of three children, Maxwell spent much of his youth playing basketball, hanging out with his older brother Larry, and teasing his younger sister Trish.  Maxwell’s mother, Laura shaped his life through her compassionate, understanding manner.  His father, Melvin was a strong role model of Christian service and leadership.  As a pastor, denominational leader and college President, Melvin influenced thousands of others while influencing his own children. Read More >

Maxwell’s earliest childhood memory is of knowing that he would someday be a pastor.  He professed faith in Christ at the age of three, and reaffirmed that commitment when he was 13.  At age 17, Maxwell began preparing for the ministry.  He attended Circleville Bible College, earning his bachelor’s degree in 1969.    Early in his ministry, Maxwell experienced two major spiritual breakthroughs.  By his own description, up to that time he had been a “people pleaser.”  But during his first year with the Hillham congregation, he experienced a significant encounter with God.  As a result, he was moved to abandon his pursuit of popularity and dedicate himself wholeheartedly to being a genuine “God pleaser” above all else.  The second breakthrough occurred after Maxwell accepted the call to another church in 1972.  He felt God impressing upon him the priority of personal commitment to evangelism.  He told his congregation that he would endeavor to lead 200 people to Christ outside of his pulpit ministry in the coming year.  Over the following 12 months, he was blessed with the opportunity to guide 186 men and women to make commitments to Jesus Christ.  It was a turning point in his ministry, which reinforced a lifelong commitment to evangelism.

While serving in his second church, Maxwell began to study the correlation between leadership effectiveness and ministry effectiveness.  He observed that a minister’s impact increases in direct proportion to the development of his or her leadership abilities.  This realization motivated Maxwell to examine exhaustively the art and science of Christian leadership, which continues to be his central focus to this day.

On July 4, 1976, while preaching at a service commemorating America’s bicentennial, Maxwell sensed that God was calling him into a ministry to pastors.  Within days after that event, pastors began to contact him, asking for his assistance in nurturing their churches.  Over the next four years, on an informal basis, Maxwell helped scores of fellow pastors.  Then, in 1980, he was asked to become Executive Director of Evangelism for the Wesleyan denomination.  Maxwell accepted the appointment and developed a whole-church ministry model entitled GRADE.  It was a comprehensive program, which organized a church’s lay ministers into four vital teams focusing on prayer, evangelism, discipleship and encouragement.  Fifteen churches fully implemented the GRADE program and grew by an average of 50 percent in only eighteen months.

Though his time at Wesleyan headquarters was productive, Maxwell soon realized that his deeper desire was to help pastors from numerous denominations.  He knew that desire would be unfulfilled if he were to stay at denominational headquarters.  As a result, in 1981 Maxwell accepted the call to return to the pastorate, this time at Skyline Wesleyan Church in the San Diego, California area.  But he did so with the church’s blessing to pursue his vision.  The Skyline congregation allowed him to continue mentoring and assisting pastors even as he led them to new levels.

In 1985, as he continued to equip and encourage other pastors, Maxwell took the next crucial step in leadership development.  He founded a new company called INJOY and created the INJOY Life Club, featuring a monthly tape for leaders.  The fledgling operation, established in the corner of a garage, was soon bursting at the seams.  The INJOY Life Club tapes were received with great enthusiasm, and the number of subscriptions quickly increased from hundreds to thousands.  Simultaneously, the demand for other resources and seminars exploded.  Pastors from coast to coast were responding, and their desire for help was even greater than Maxwell had anticipated.

As the years passed, INJOY began demanding more and more of Maxwell’s time.  In 1995, he resigned from his position as senior pastor at Skyline following a very fruitful 14-year tenure.  The church had tripled in size and its lay ministry involvement had increased tenfold.  Maxwell is in great demand today as a speaker.  Through his best-selling books, audio and video resources and major conferences, he communicates directly with more than one million people every year.  He is frequently asked to speak for organizations such as Promise Keepers and Focus on the Family, but his greatest joy and desire is to help pastors become better leaders.

Because the need for leadership development knows no borders, Maxwell established EQUIP, a non-profit organization, which trains leaders in urban communities, academic institutions and within international organizations.  EQUIP is also spearheading a movement which has enlisted more than one million pastoral prayer partners who covenant to pray specifically for those who shepherd God’s flock. Read Less ^

Developing the Leader Within You

The 21 Indispensable Qualities of a Leader

The 21 Irrefutable Laws of Leadership 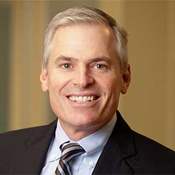 Author, Founder & President at The Table Group, and Management Consultant