John McPherson is the cartoonist and creator behind the renowned comic panel Close to Home. Close to Home debuted in 1992 and now appears in over 700 papers around the globe, among them New York Daily News, The Miami Herald, The Washington Post, The Tokyo Times, and The Hanoi Daily News. Read More >

McPherson has published more than 20 book collections of his work, yearly block calendars, and an award-winning line of greeting cards. He also created his own line of Close to Home clothing.

As a talented speaker and presenter, McPherson has spoken to nearly 200 groups about humor and his life as a cartoonist. His presentations are extremely funny, informative, and engaging with a great deal of audience participation.

In 2004, McPherson was awarded a lifetime achievement award by his alma mater, Bucknell University, joining the ranks of other notable Bucknellians Phillip Roth, Les Moonves and Christy Mathewson.  Read Less ^

The Close Link Between Stress and Humor

Why Humor is One of the Most Powerful Forms of Communication

How Your Organization Can Benefit from Everyday Humor

How to Boost Your Creativity

Behind the Scenes: The Life and Career of John McPherson

"(John) was the hit of the conference. His presentation started out funny and kept getting funnier. As the conference’s closing speaker, John left the audience laughing hysterically and begging for more. We were sorry when it ended. Like his cartoon “Close to Home,” John McPherson puts a very unique spin on everyday occurrences. His humor is intelligent and suitable for any audience. I could not recommend John McPherson more highly."

The Get Well Book: A Little Book of Laughs to Make You Feel a Whole Lot Better 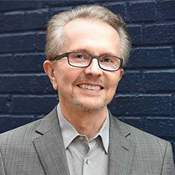