Josh Altman is recognized as one of the most dynamic, high-performing agents in the luxury residential real estate market. He ranks in the top 1% of real estate agents throughout the world and consistently breaks records and elevates the real estate game. Josh specializes in selling and marketing some of the world's most iconic properties to his connection and network of high-net-worth individuals. Having sold over $5 Billion in the course of his young career he is in a league of his own. In 2021, Josh sold a career-high of over $1.4 Billion in residential sales. Read More >

His uncompromising professionalism and tenacious drive have yielded his unheard-of rapid rise to success in the real estate industry, crowning him and his brother Matt as the most successful team in Los Angeles year after year. Josh's passion for teaching others how to achieve success is realized through his team of highly coveted agents. In 2019, they opened the first-ever stand-alone office for their team in Los Angeles on the famed Robertson Blvd. Josh and Matthew have expanded The Altman Brothers Team to Newport Beach and San Diego. Taking the market by storm they have already listed and closed over $290 Million.

He has combined his dedication and experience to elevate the high-end luxury real estate market. Altman's ability to listen and understand his client's needs has allowed him to continuously achieve his client’s goals and exceed expectations. His personable and professional character allows him to build and maintain solid relationships, which explains why his business has grown mostly from referrals and repeat clients. Due to Altman's continuous success, he has starred in BRAVO TV’s hit show Million Dollar Listing LA and produced the new spin-off Million Dollar Listing LA's JOSH&JOSH.
The Altman Brothers' charitable contributions has emulated throughout the forefront of their lives, always making sure to give back to the community. Josh was born and raised in Newton, Massachusetts, where he earned his Bachelor's Degree at Syracuse University. After college, he moved to Los Angeles becoming one of the most powerful agents in the world.

A natural motivator and leader with well-rounded experience in all areas of the industry - working nonstop to not only change the landscape of LA Real Estate but also put a smile on every buyer and seller he has helped. Josh Altman’s dynamic personality, humor for life, contagious energy and love for the business have made him one of the most sought-after motivational and leadership speakers on the real estate circuit. His unique background allows him to connect with all ages, lecturing at universities and college campuses around the country to the most demanding executive boardrooms. With over a decade of experience and huge personal success in the real estate business, Altman has become a household name when it comes to the high-end real estate game. Read Less ^

Josh Altman moved to California with a dream and found success in the real estate market through his drive, intelligence, and calculated confidence. Now, he's sharing his experiences negotiating multi-million dollar deals with high-profile clients and teaching other's how to elevate the game through his invaluable and street-smart strategies for how to build confidence, establish a reputation, master the knowledge needed to succeed, take the right risks, and find a solution after making a mistake. Standing by his motto, Ready, Fire, Aim, Altman shows you all the right moves to help you become better, stronger, and more effective - whatever your profession or ambitions.

With over $5 billion dollars in sales behind him, Josh Altman has developed the sales secrets that will help you close your next million-dollar listing. Your business will move fast or die standing and Josh Altman is ready to teach you how to keep pace and reach your goals.

Real Estate Trends to Keep You on Top

Breaking into the Luxury Market

Josh Altman is a premier name in luxury real estate. However, he had to break into the luxury market just like everyone else. Josh Altman will share his proven strategies for establishing yourself as a powerhouse broker with a thick roster of A-list clients. You just have to ask yourself: do you want to sell a multi-million dollar listing or not?

We’ve all seen it: overpriced houses on the market for months and we’ve all felt the sting of a narrow profit – or worse – a loss. Josh Altman has shattered sales records by knowing how to pick the perfect price for his listings. Learn Altman’s proven strategies to price homes to sell fast and maximize profits all while picking up clients to grow your business.

"I know a lot of great real estate agents, and Josh is one of the best. He's a born entrepreneur and a shrewd negotiator who approaches every deal as if he were negotiating with his own money. I'd recommend this book to anyone who wants to improve their closing skills."

"I work with some of the best athletes in the world to make sure that they are performing to the best of their ability week in and week out. When Josh sold me my home, it was clear to me that between his preparation, winning mentality, and overall knowledge of the market, he was the key player I needed."

"I get pitched business ideas from entrepreneurs all the time on Shark Tank, but rarely do I see someone who can negotiate and close deals like Josh Altman. Josh has earned my trust and is my realtor for life."

It's Your Move: My Million Dollar Method for Taking Risks with Confidence and Succeeding at Work and Life 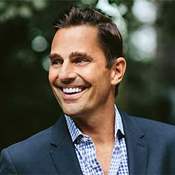