Interviewed by Oprah Winfrey after writing her first book, Judy Carter went from playing Vegas as a headlining standup comic to become an in-demand corporate speaker. Speaking on "The Power of Purpose" to overcome stress and navigate change, she was featured in the Wall Street Journal, New York Times, CNN, as well as being a frequent contributor to NPR’s “All Things Considered.” Read More >

As a keynote speaker, Judy has spoken at over 1,000 events including speaking in front of an audience of 8500 with Bill Clinton at “The Power Within Conference” in Toronto, Canada. Judy doesn’t like to brag, but she did write the Bible. No joke, she’s the author of The Comedy Bible (Simon & Schuster) as well as The Message of You (St. Martin’s Press). Read Less ^

TEDx: You can't spell message without a m-e-s-s

Stress is a Laughing Matter

How to Turn Problems into Punchlines

Find Purpose in a Stressed-out World with Judy Carter

There is someone more powerful to get you going than a double latte. It’s your purpose in life. Knowing your life’s purpose, is perhaps the BOOST your life and career needs right now.< Read More >

By discovering your essential life message and implementing it in your work and personal life, you become a part of something bigger than yourself. Read Less ^

Superpower: Discover The Strength in Resiliency

How do you stay resilient, upbeat for your job and family when you’re hit with constant waves of bad news, worries, and depression? Read More >

Judy Carter opens your eyes to the fact that the hero you’re waiting for has arrived -- and it’s you! In this upbeat, interactive keynote, Judy takes you on a journey to find your hero stories. In finding those stories of resilience, you just might discover that you have superpowers. Read Less ^

The Message of You™: The Powerful Impact of Sharing Your Story

Do what Hollywood does -- use stories to inspire others.

Have you ever been to a meeting where you watched a PowerPoint presentation with charts and graphs, and it made you want to poke your eyes out with a pencil?

Stories, not data, are what inspire people. Stories create customer loyalty, build social media platforms, increase sales, and influence people when you speak. Why? Because stories create an emotional bond between your business and your customers.

In this presentation, Judy Carter will show you three essential stories that all business leaders need to have turning them into a high-wattage influencer. Read Less ^

Judy Carter can show you how to make your sense of humor payoff."

"Your keynote was perfect! You gave us a focused message on managing change, while allowing us to laugh at our processes. You left everyone shouting,‘Whoo-Hoo!’"

"Your keynote for our executives was hysterical, fantastic, and beyond my expectations. As the meeting planner, I watched a million tapes looking for the right speaker – and you were it. Your upbeat message truly landed with a diverse group of professionals. You brought the house down. One of the funniest speakers we’ve ever had."

"Judy Carter is not just funny but in her new book, The Message of You, she helps others find their authentic message and communicate it in a way that makes audiences laugh."

"Your keynote, 'Laughing your way out of Stress' for Disney Consumer Products, global meeting was a hit to kick off our meeting. It’s not easy getting our group laughing at 9am, but you got them right at the start when you poked fun of our acronyms. With all the challenges we face in today’s economic climate, your keynote was a great energizer to start off our meeting on a positive note."

"Your material of using humor in the workplace and at home, was right on target, to help us cope with the everyday issues and tensions that continue to build. You gave us a new way to cope with change and job insecurity. Over 20% also noted 'increased skills' as a result."

"I've never seen a group of 500 women laugh so hard at the Empowering Women Conference. It was non-stop humor and laugh to tears. You are a fantastic speaker and entertainer with great tips on empowerment for women."

"You were sooo funny!!!! The feedback was outstanding for your keynote speech at the Xerox conference for women leaders. You're the best speaker we've ever had as you made us laugh at the leadership challenges we face as women. We couldn't have asked for anything more!"

"Your keynote on 'When things get Dire - Inspire' was a huge hit at our Admin Appreciation Leadership event. You not only gave our admins leadership skills, but we've never had a speaker that was so funny! Even HR was laughing! Thank you."

The Message of You: Turn Your Life Story into a Money-Making Speaking Career 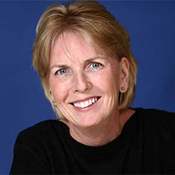 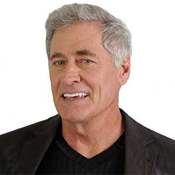 Corporate Motivator & Inductee to the Speaker Hall of Fame