Kara Goldin is a purpose-driven, inspiring entrepreneur. She is a former AOL executive and the founder of hint®, the leading lifestyle brand of naturally flavored water. Goldin created the San Francisco-based beverage company as an alternative to soda and sugary beverages. hint® has also recently launched a sunscreen spray that is oxybenzone and paraben-free and scented with fruit essence. Read More >

Goldin has been named among Fortune’s Most Powerful Women Entrepreneurs and Forbes’ 40 Women to Watch Over 40. The Huffington Post listed her as one of the six disruptors in business, alongside Steve Jobs and Mark Zuckerberg.

Further accolades include EY Entrepreneur of the Year 2017 Northern California (one of), San Francisco Business Times Most Influential Woman (one of), Fast Company Most Creative People in Business (one of), EY Winning Woman 2012, Fortune Most Innovative Women in Food & Drink 2015, the Gold Stevie award for Female Entrepreneur of the Year, AMEX OPENforum’s Women to Watch and the Marketers That Matter award for Brand Building, Small Company.

Previously, Golden was Vice President of Shopping and E-commerce Partnerships at AOL, where she helped lead the growth of its startup shopping business to a $1billion enterprise.

Goldin is an active business speaker and writer, a member of C200, and a member of San Francisco Bay Young Presidents Organization, the world’s premier chief executive leadership organization. In 2016, she launched The Kara Network, a digital resource and mentoring platform for both aspiring and established entrepreneurs. Read Less ^

Building a Brand in the Name of Health

Building a Brand in the Name of Health – Her Own

After having her third child, Goldin was overweight had adult acne, and was generally low energy. She realized that diet soda was the culprit, and decided to switch to water. She saw results quickly, but hated the taste of water, so she started slicing up fruit and putting it in water, which was just the hint of flavor she needed to make drinking water more enjoyable. Goldin knew that there were lots of consumers addicted to sugary drinks but plain water was too boring, and when she couldn’t find a product on the shelves like the one she created in her kitchen, she decided to produce it herself.

This is a hot topic now, especially with the rise of so many companies that are just out there pushing profit over consumer benefits. Several brands that consumers think are “healthy” are not doing the consumer any good with their products. She can speak to how she owns the hint® board, most of the company, no private equity, and more. She can dictate protocols like no cans, for example, because she does not want to give the consumer BPA even though companies often make ten times the profit doing that.

This the story of how Goldin went up against the $100 billion soda industry. She has innovated a product into a drink that consumers can enjoy without concern. Several major brands that have since gone bankrupt or closed their doors firmly believed they had no need to innovate to captivate consumers, whereas companies like hint® did the opposite and continue to thrive.

How She Hustled to Get Her First Job

Goldin will share the unusual story of how she landed her very first job at TIME. She flew all over the country and had well over 60 offer letters by the end of the interview process.

How Goldin took a putdown from a major influence/powerful figure in the beverage industry and flipped it into a $500 million brand.

Podcast: Unstoppable with Kara Goldin | A Conversation with Change Makers 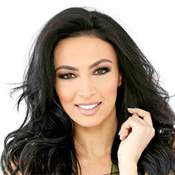