Iman Oubou is a Moroccan American self-made entrepreneur, former beauty queen (Miss New York US 2015 and 2nd Runner Up at the 2015 Miss United States pageant) and a published scientist, on a mission to change the women's media landscape. Since receiving her Degrees in Biochemistry/Bioengineering, Iman has been using her public image and passion for science to improve lives around the globe. She has accompanied “Mission To Heal” on medical operations in South Sudan, Nigeria, and Ecuador. Along with this, she organized a relief assignment in her native Morocco in 2014, where she worked with local hospitals in the Souss region. Iman continues to be a spokesperson and coordinator traveling to developing countries to help restore proper healthcare. Read More >

“I had been pursuing my career in the biomedical field and it has been a successful one, but I found my passion for women’s issues and decided to use my voice to drive change” says Iman, who has pivoted into women’s media after discovering undeniable white space. Through her diverse experience with business, pageantry and STEM, Iman noticed gender disparities in the workforce and an omnipresent bias across printed and digital media. So she founded SWAAY, an all-in-one publishing platform for women, to champion the voices of female change-makers through the power of storytelling. Unlike other media companies, SWAAY gives everyday women access to editorial tools and performance insights to help them tell their stories, share their opinions and control their narratives.

“I saw an opportunity to create an empowering platform of what a female-focused media brand should embody: intellect, influence and femininity. So I set out to launch a media platform that gives a voice to everyday women, instead of telling them how to think and what to care about.”

Iman’s journey to discovering her voice and becoming a women’s advocate was inspired by her experience in beauty pageants while working as a scientist. “Becoming Miss New York US  was the day it all began for me. The moment I was crowned, I realized the title allowed me to have a voice and a platform to make a powerful change. So the day after I won the title, I launched my podcast, Entrepreneurs En Vogue.” The broadcast, which would later blossom into her robust media platform, SWAAY, highlights the career paths of successful female trailblazers to celebrate intelligence while showing the multi-dimensional stories and personalities of these women. The podcast became #2 on iTunes in 2015 and was ranked in the top 5 best podcasts for women entrepreneurs by Inc. Magazine.

Iman’s mission, which she works tirelessly to accomplish each day, is centered on creating parity for a new generation of disruptors. “I would like to build a community for us women to empower each other and insist on each other’s success,” says Iman. “I hope to encourage young women to think as entrepreneurs and show them that we are leaders, creators and mentors.”

Most recently, Iman was named the first ever “Face of Morocco” or “Visage Du Maroc” of 2018, a new initiative which uplifts female voices in Morocco and across the Middle East. In this role, Iman not only represents women from the region, but she is also a powerful voice on the forefront of changing the representation of women in media internationally.

Garnering the attention of venture capitalists and media alike, Iman was named CIO’s number one “Female Entrepreneur to Watch” in 2018. During the focal pitch contest at the Million Dollar Women Summit, Iman beat fierce competition to gain the top investment prize. In addition, she won the "International Women Advocate of the Year Award 2019," in Dubai at the Xpedition Annual Gala Awards Presented by Xpedition Magazine. She was also a keynote speaker at Harvard Women In Business and was part of the first ever all female judge panel at the Miss Universe Competition in 2018.

Navigating the field of media and entrepreneurship, Iman can attest to the female experience of starting a business, gender bias in fundraising, women in STEM, startup culture, the digital media industry, and achieving the modern American dream. She can also share her experience in science and her devotion to philanthropic medical missions. Read Less ^

The Biggest Key to Success

Storytelling in the Digital Age

The Power of the Media in Empowering Women

The far reaching and incomparable voice of modern media can be a major power source in the push for gender parity. We have the ability to change the narrative, shift the conversation and help forward the women's movement while we elevate women in business and female entrepreneurs.

In the last couple of years, and contrary to the rising tide of women's movements, venture capital funding has decreased for women-owned businesses, with only 2% of VC money going toward their ventures last year. On top of this, rising female executives face a constant uphill battle for promotion, and women looking to take a career break for maternity leave will struggle to assimilate back into the office after their leave.

Storytelling in the Digital Age

Click-bait content and over-saturation of the media landscape has entirely altered the way we tell and perceive stories. The narrative process has been diluted, and ethics compromised as a result of this. Oubou shares what SWAAY’s core mission has been, to make sure the stories that have gone largely overlooked are told and judiciously delivered.

The Era of Creating Movements Instead of Companies

The strength of the movements powered since November 2016, from the Women's March to the March for our lives, have highlighted the popularity and power of collective collaboration. Creating a company is no longer sufficient for both growth and brand awareness. There must be a purpose, or movement associated with your brand, if not, you're just one in a sea of others.

How to Navigate STEM Industries as a Woman

At undergraduate level, women entering STEM college courses are about 50/50. By the time they graduate, the percentage drops to 18%. In this presentation, Iman shares her knowledge with the audience, having gone through both undergraduate and masters in STEM.

Beauty & Brains: Why They Are Not Mutually Exclusive

Navigating the world of pageantry, Oubou encountered a lot of people who viewed her merely as a pretty face, and paid no attention to her intellectual capabilities or career aspirations. Unfortunately, this is something women face quite often in business, where their physical beauty is confused for a lack of competence. Changing the narrative about how women are viewed, no matter their physical attributes will help assuage such judgements.

She Couldn't Find A Publication For Multidimensional Women, So She Created Swaay

How Rejection Can Help Develop A Bolder Vision For Your Business 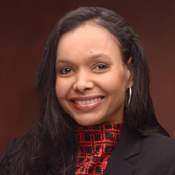