Kareem Abdul-Jabbar is the NBA’s all-time leading scorer, 4x award-winning Magazine Columnist of the Year, a six-time NBA champion and the league’s only 6x MVP. He is one of a handful of influential and respected black men in America who has a national platform as a regular contributing columnist for newspapers and magazines around the world, such as The Guardian and The Hollywood Reporter where he shares his thoughts on some of the most socially relevant and politically controversial topics facing our nation today. After 50 years as an athlete and activist, he offers his perspectives as a nationally recognized speaker who regularly appears on the lecture circuit. He is the recipient of 3 Columnist of the Year Awards in (2017, 2018 & 2019) by the Southern California Journalism Awards. Read More >

Currently, Abdul-Jabbar serves as the chairman of his Skyhook Foundation whose mission is to “Give Kids a Shot That Can’t be Blocked” by bringing educational STEM opportunities to underserved communities through innovative outdoor environmental learning. A New York Times best-selling author, he has written 15 books, including two recent memoirs: Becoming Kareem for young readers, and Coach Wooden and Me about his lifelong friendship with famed UCLA coach John Wooden. His third installment of the Mycroft Holmes series, entitled Mycroft & Sherlock – The Empty Birdcage was released in September 2019.

His Emmy Award-winning HBO Sports documentary, Kareem: Minority of One, debuted as HBO’s most watched and highest rated sports documentary of all time. Currently, he is in development on a tv series for Warner Brothers entitled Trouble Man and he just finished writing the 5th season of Veronica Mars for Hulu.

A Conversation with Kareem at Kansas State University

on Taking a Stand

On Donald Trump and Islam

From the streets of Harlem to six NBA championships to bestselling author to award-winning film producer and U.S. Cultural Ambassador, the 19-time NBA all-star Kareem Abdul-Jabbar has been an all-star at everything he’s attempted. With riveting and humorous detail, Abdul-Jabbar recounts his exciting evolution from street ball player to successful athlete, author, producer, and community activist. Kareem also discusses how he triumphed over CML Leukemia cancer to become healthy and cancer-free. Abdul-Jabbar’s approach to life can provide an inspirational strategy for others and provide insight to key leadership skills for success.

Every team Kareem Abdul-Jabbar has played on from high school to the NBA has been a winning team. Using what he’s learned during his 20 years in the pros—from his own experiences as well as from great coaches such as John Wooden—Abdul-Jabbar will cite personal examples and experiences and show how these same principles can be used to build corporate winning teams.

From Kareem to Kaepernik: A History of Political Activism in Sports

In 1968, rising star Kareem Abdul-Jabbar risked career backlash when he publicly boycotted joining the U.S. Olympic basketball team to protest the rampant racial injustice of the time. Almost fifty years later, he wrote with eloquence and conviction about Colin Kaepernik and #TakeAKnee. “I have never been prouder to be part of the athletic community,” Jabbar stated, emphasizing the important role that athletes as activists can play in political resistance to the “Trump administration’s assault on American values and constitutional civil liberties.” In this inspiring presentation, Jabbar celebrates the impact of athlete activism: Muhammad Ali’s refusal to be drafted into the Vietnam War,  the famous Black Power salute at the 1968 Summer Olympics, the 30 University of Missouri football players who threatened to boycott the season because of unaddressed racial issues on campus, #TakeAKnee and others. Noting that too many of the issues that he protested in 1968 are still with us, Jabbar, a leading member of the Anti-Defamation League’s new Sports Leadership Council, inspires athletes and non-athletes alike to stand up against injustice.

In 2008, Kareem Abdul-Jabbar was diagnosed with early stage chronic myeloid leukemia (CML). “I thought leukemia as something exotic that happened to other people,” he said. “And then, all of a sudden, it happened to me.” He immediately made his diagnosis public. After learning that the high cost of treatment sometimes means that patients do not always take their medicines, he led an awareness campaign. This was not Kareem’s first encounter with cancer. “My grandfather died from colorectal cancer, my uncle died from colorectal cancer and my father almost died from colorectal cancer,” he said. This led him, as a carrier of the gene, to get involved in a colorectal cancer awareness campaign in the African-American community. He has also traveled to Capitol Hill to encourage the government to spend more money on cancer research. Possessing the high level of knowledge, awareness and empathy that comes from being a cancer survivor, Abdul-Jabbar’s talks engage and inspire while imparting valuable information on research, prevention, the quest for a cure, and the healing power of the human spirit.

Writings on the Wall: Searching for a New Equality Beyond Black & White

The Washington Post has called Kareem Abdul-Jabbar “a vital, dynamic and unorthodox cultural voice.” In this thought-provoking keynote Kareem takes on the issues that are deeply dividing America: racism, economic inequality, social injustice, the power of the media and more. Speaking from the heart and calling upon his personal experiences as an African-American and Muslim, he focuses on the solutions that could unite us and inspires younger generations to continue the path towards change. “They need a road map of what’s possible—and how to get there,” he has said. In this his inspiring presentation, Kareem provides a blueprint for positive action.

From the streets of Harlem to six NBA championships to best-selling author and U.S. Cultural Ambassador, Kareem Abdul-Jabbar has cultivated a reputation as a strong leader, both on and off the court. He now leverages these skills to lead a productive dialog on inequality in America, advocate for STEM education and champion those fighting cancer. In this motivational speech, he shares that for every success story, there was a challenge to overcome through discipline, perseverance, patience and sometimes, harsh introspection. He also cites the influence of great coaches, such as John Wooden, in shaping his concept of leadership. Bringing unforgettable stories and inspiring examples, Abdul-Jabbar connects with audiences from all walks of life.

Based on his memoir, Coach Wooden and Me: Our 50-Year Friendship On and Off the Court, Kareem Abdul-Jabbar explores one of the most enduring and meaningful relationships in sports history, sharing lessons that will translate to any business. The two icons first met when Wooden coached Kareem as a young player at UCLA. They reconnected years later when Kareem returned to Southern California to play for the Lakers, and they continued to grow closer until Wooden’s death in 2010 at age 99. Kareem told the Chicago Tribune, "our relationship evolved from being a mentor and father figure to being a friend, a co-traveler in life." In this keynote, Kareem discusses how their relationship explored the complex issues of race, wins, losses and pressure to succeed, as well as what everyone can learn from their remarkable friendship.

"He was amazing! Just as nice and humble as he could be. Cooperative and just a pleasure to work with. He was nice enough to meet with our Basketball team before they had to catch a flight to Texas and they we're thrilled to meet him. Then, over 4,000 people came to hear him speak at the Basketball arena. He was very will received. THANK YOU for all the hard work to make this event a huge success."

"We wanted to send a massive thank you to Kareem for joining us at WE Day this Spring! The events were all huge successes and thousands of youth left feeling empowered and excited to continue making change in their communities and around the world."

Writings on the Wall: Searching for a New Equality Beyond Black and White

Becoming Kareem: Growing Up On and Off the Court

Coach Wooden and Me: Our 50-Year Friendship On and Off the Court

What Color Is My World?: The Lost History of African-American Inventors

Op-Ed: Kareem Abdul-Jabbar: It’s great that athletes are speaking out. But some of them are spouting nonsense

Hope is a dying ember for black people in the US. Athletes have rekindled it 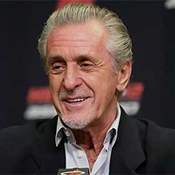