Karim Webb is an Entrepreneurial Activist and CEO of 4thMVMT, a Los Angeles based firm that vets, trains, facilitates funding, and partners with individuals from underserved communities to own and operate competitive retail businesses. Read More >

Appointed by Mayor Eric Garcetti, Webb serves on the Los Angeles World Airport Commission (LAWA) and holds various board positions, including Co-Chair of Mayor Eric Garcetti’s RENEW (Race & Equity) task force, Everytable, the Living Through Giving Foundation: Hashtag Lunchbag, the Brotherhood Crusade as a Corporate Advisor, and as an Advisor to the Multicultural Foodservice & Hospitality Alliance (MFHA). He is also a spokesperson for BLOOM, an initiative of CCF which seeks to create a more positive and productive future for 14-18-year-old Black males living in South Los Angeles who are, or have been, under the supervision of the L.A. County Probation Department. Read Less ^

On Creating Fairness in the Cannabis Industry

Leveraging Capitalism to Improve Outcomes in Communities of Color

How can we look at business differently to produce the outcomes we need in under-resourced communities across America? Read More >

Mr. Webb talks about his experience using a proven business model to leverage capitalism, traditional and non-traditional levers for accessing capital, to drive tangible impact in communities of color. And how those outcomes inspire and compound in underrepresented areas.

"We must be intentional about the outcomes we seek and the distribution of the opportunity. It's about the people and the impact they're going to make, and our ability to access competitive capital to do it right is key." Read Less ^

Changing the Way We Teach Leadership

Leadership training routinely focuses on methods and techniques without considering the underlying trauma, pain, or psychological hurdles that hold people back from being their best selves. And prevent them from being consistent in their leadership roles. Webb discusses how we can better prepare leaders for success by changing our tactics, acknowledging and addressing trauma first.

As states legalize cannabis nationally, they're implementing social equity programs as a form of reparations for the war on drugs. But solely offering licenses without resources or financing is not enough to change the tide of generational unfairness. Read More >

Companies with CEOs from Wall Street dominate the cannabis industry. They understood how to raise capital, had the networks to do so, and could navigate the licensing processes, thus giving them "first-mover advantages." They created the marketplace, and now they've got a grip on opportunity while everybody else fights for crumbs, which is the antithesis of what's wanted and needed to repair the harm created by the war on drugs. Continuing down this road perpetuates what we've seen throughout our history. It will continue to produce income disparity and outcome disparity for people of color. In this talk, Webb makes a case for social equity, executed the right way, to combat this income and outcome disparity. Read Less ^ 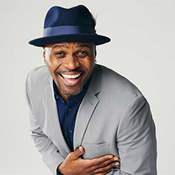