Honored numerous times for her work, Kathy is an undeniable force on stage, screen and television.    Read More >

On television, Bates will next be seen in the highly-anticipated Netflix pot-comedy, Disjointed, about a mom (Bates) who runs her own marijuana dispensary with the help of her son. The series is written and executive produced by David Javerbaum and Chuck Lorre.  Disjointed gives viewers an authentic glimpse into an American family-run business, their everyday struggles, and social values -- all the while providing cultural commentary on real-world issues. The comedy will debut on Netflix on August 25th.

Bates was last seen opposite Susan Sarandon and Jessica Lange in the critically acclaimed series Feud: Bette & Joan playing “Joan Blondell” as well as the sixth installment of Ryan Murphy’s American Horror Story: ROANOKE on FX. Bates won rave reviews and her second Emmy award as the deliciously evil “Madame LaLaurie” in the third installment of the series Coven.

Bates won an Academy Award and a Golden Globe for her portrayal of obsessed fan “Annie Wilkes” in Rob Reiner’s 1990 hit Misery, based on Stephen King’s novel.  In 1999, she received Oscar, Golden Globe and BAFTA nominations and won a Screen Actors Guild (SAG) Award and a Critics Choice Award for her performance in Mike Nichols’ Primary Colors. Bates earned her third Oscar nomination for her role in Alexander Payne’s About Schmidt, for which she also garnered Golden Globe and SAG Award nominations and won a National Board of Review Award for Best Supporting Actress. Her film work has also been recognized with Golden Globe and BAFTA Award nominations for Jon Avnet’s Fried Green Tomatoes, and she also shared in a SAG Award nomination with the ensemble cast of James Cameron’s all-time, top-grossing blockbuster Titanic as well as a nomination for the ensemble of Woody Allen’s Midnight in Paris.

On television, Bates won her first Emmy award for playing Charlie Sheen’s ghost on Two and A Half Men. In addition to her current projects, Bates starred in two seasons as “Harriet ‘Harry’ Korn,” a curmudgeonly ex-patent lawyer in David E. Kelly’s hit NBC television show Harry’s Law garnering her two Emmy nominations for Lead Actress in a drama series. She also appeared in Syfy’s Alice, playing the Queen of Hearts for which she earned an Emmy Award nomination for her performance. She won a Golden Globe and a SAG Award and earned an Emmy Award nomination for the 1996 HBO film The Late Shift. Her television honors also include Emmy, Golden Globe and SAG Award nominations for her performance in the musical Annie; another SAG Award nomination for her role in the telefilm My Sister’s Keeper; and four additional Emmy Award nominations for her work on the projects 3rd Rock from the Sun, Six Feet Under, Warm Springs, and Ambulance Girl, which she also directed. She also guest starred on Mike & Molly, The Office and Two and a Half Men, winning her first Emmy award for her work on the latter.

Additional film credits include Revolutionary Road, The Blind Side, Bad Santa 2, The Boss, The Great Gilly Hopkins, Michelle Darnell, Tammy, Valentine’s Day, The Day The Earth Stood Still, P.S. I Love You, Fred Claus, Failure to Launch, Little Black Book, Dragonfly, American Outlaws, The Waterboy, The War at Home, Dolores Claiborne, A Home of Our Own, Prelude to a Kiss, Shadows and Fog, At Play in the Fields of the Lord, Dick Tracy, Men Don’t Leave, Come Back to the Five and Dime, Jimmy Dean, Jimmy Dean, Straight Time and Taking Off. Bates lent her voice to Jerry Seinfeld’s animated comedy Bee Movie, as well as Charlotte’s Web and The Golden Compass.

Bates has also been honored for her work behind the camera as a director. She helmed the A&E telefilm Dash and Lilly, starring Sam Shepard and Judy Davis, which earned nine Emmy nominations, including one for Bates as Best Director. She also directed five episodes of the acclaimed HBO series Six Feet Under, earning a Directors Guild of America Award for the episode entitled “Twilight.” Her directing credits also include episodes of such series as Oz, NYPD Blue and Homicide: Life on the Street.

Bates first gained the attention of critics and audiences on the New York stage.  She was nominated for a Tony Award for her portrayal of the suicidal daughter in the original Broadway production of Marsha Norman’s Pulitzer Prize-winning play `night, Mother. She received an Obie Award for her performance as Frankie in the original Off-Broadway production of Frankie and Johnny in the Clair de Lune as well as for her portrayal of Elsa Barlow in Athol Fugard’s The Road to Mecca, which Bates also starred in when filmed.

Bates is also an avid philanthropist, a two-time cancer survivor, she dedicates her spare time to acting as the public voice of the Lymphatic Education & Research Network (LE&RN). LE&RN aims to raise awareness and visibility of lymphedema and the impact of lymphatic diseases on its patient community. In March 2017, Bates received the “Isadore Rosenfeld Award for Impact on Public Opinion” from Research! America at their annual Advocacy Awards in Washington, DC.

When the Oscar-winning actress was first diagnosed, she felt pressure to stay silent. Now she's speaking out in the hopes that women everywhere can stay healthy. In Kathy Bates's frank and funny presentation, she encourages audiences to face cancer with candor, which she hopes will lead to greater awareness, earlier diagnosis, and greater treatment. 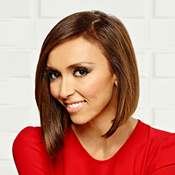