Keith Knight is one of the funniest and most highly regarded cartoonists in America, and the creator of three popular comic strips: the Knight Life, (th)ink, and the K Chronicles. His life and cartoons are the inspiration of the Hulu streaming-series Woke, which he also co-created. Read More >

For nearly three decades, this multi-award-winning artist has brought the funny back to the funny pages with a uniquely personal style that’s a cross between Calvin & Hobbes, MAD, and underground comix.

Keith Knight is part of a generation of African-American artists who were raised on hip-hop. Artists who infuse their work with urgency, edge, humor, satire, politics and race. His art has appeared in various publications worldwide, including the New Yorker, the Washington Post, Daily KOS, San Francisco Chronicle, Medium.com, Ebony, ESPN the Magazine, L.A. Weekly, MAD Magazine, and the Funny Times.

Race in America | University of Delaware

On ‘Woke’ | The Real News Network

Culled from over 25 years of his award-winning work, RED, WHITE, BLACK AND BLUE: Highlighting America’s Racial Illiteracy is a Power point presentation from nationally syndicated cartoonist Keith Knight (the Knight Life, the K Chronicles, (th)ink). Combining comics, humor, storytelling, statistics, and just plain facts, Knight makes the case that America’s biggest problem is its inability to have a frank and honest discussion about race. And if it wants to be the country it aspires to be, it needs to come to terms with its ugly history. Read More >

Keith Knight’s presentations are infused with urgency, humor, satire, politics, and race. His work is designed to provoke constructive, civil dialogue amongst people young and old, left and right, of all colors and orientations.

Here’s what happens: You fly Keef in, and he wows your campus/town/school/library/church or community center with a powerpoint/storytelling presentation showcasing some of his most powerfully moving, darkest, and funniest cartoons. Addressing issues of race, police brutality, Black history, and the importance of social activism — teetering between high brow ideals and low-brow humor. Followed by a Q&A and booksigning. Keef also can present virtually via Zoom. Read Less ^

The Intersection of Art & Social Justice

"Keith Knight’s slide show presentations are a poignant and stirring mixture of lecture, activist essay and stand-up comedy. Our students especially appreciated Keith’s entertaining and charismatic delivery that still never lost sight of the seriousness of his material. This show is a must-see for anyone trying to better understand race-relations, police brutality and the cultural climate for African Americans in the United States."

- Dean of the School for Languages and Literatures, Osnabrück University

"The presentation was searing, moving, poignant, and somehow very funny! The students were quite moved, and the presentation really helped to historicize and to contextualize for them what happened in Ferguson and New York this year…"

"Keith Knight’s presentation was lively, thought-provoking and hilariously funny. The diverse audience of students, faculty and staff, and community members loved it.  Keith challenged them with his unique perspective on critical issues like racism, terrorism, the media and U.S. politics while managing to keep the laughs coming. One enthusiastic attendee told me that the event exceeded all of her expectations. We were delighted with the success of the event."

"In times of dying newspapers and dwindling opportunities for artists to be published, Keith Knight’s slide show tour is a refreshing approach to reaching new audiences. His sharp analyses of current political events, American culture and the ups and downs of everyday life are presented with the seriousness and simultaneously with the ridicule they deserve. Hilarious and depressing, fast-paced and thoughtful, entertaining and enlightening; Keith Knight’s presentation will stick with me for quite some time." 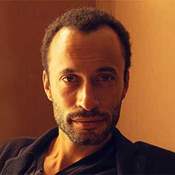 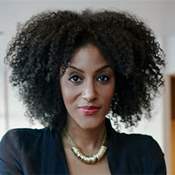 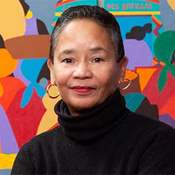