Sorbo received international stardom when he booked the lead role in Hercules, the Legendary Journeys (1993-1999) the most watched TV show in the world, airing in 176 countries. Following that success, Sorbo had the lead role as “Captain Dylan Hunt” in Gene Roddenberry’s, Andromeda. The first show created by Roddenberry after the original Star Trek series. Andromeda debuted as the number one, hour-long show in first run syndication and remained at number one for its entire run from 2000-2005. Read More >

Some of his many television credits include Just Shoot Me, Two and a Half Men, Dharma and Greg, According to Jim, Gary Unmarried, Psych, Hawaii 5-0, and The OC.

Sorbo also starred alongside Dennis Quaid and Helen Hunt in Soul Surfer. 2014 saw the release of the faith-based movie, God’s Not Dead. The $2 million-dollar budgeted movie became the most successful independent faith-based movie ever with over $75 million US Box Office.

Let There Be Light was released in October 2017. Sorbo directed/acted in this faith/family movie which ranked number 4 out of the top 10 family movies of that year. LTBL follows the life of the world’s greatest atheist and the road he follows after his beliefs are challenged.

Another movie being released in the Summer of 2019 is One Nation Under God. The movie drama deals with controversy over that quote in our Nation’s Pledge of Allegiance. One more release for 2019 is The Reliant which is a faith/drama dealing with the economic collapse of America. Bernie, the Dolphin hit theaters in December of 2018 is a wonderful kid’s movie for the whole family. Sorbo has just wrapped filming two movies in the fall of 2018. The Mustard Seed starring alongside Mira Sorvino, Peter Coyote and Burgess Jenkins. He also filmed Bernie the Dolphin 2 for Lionsgate.

Filming completed in August of 2018 on, Miracle in East Texas, a Comedy based on a true story set in 1930. Sorbo directed/acted and the movie will open nationwide Fall of 2019. Also starring in the movie is John Ratzenberger, Lou Gossett, Jr. and Tyler Mane.

Sorbo also produced/narrated the documentary, Against the Tide that follows the career of Oxford math professor John Lennox in his life-long apologist debates against the world’s most famous atheists like Richard Dawkins and Christopher Hitchens.

Sorbo also produced BreatheBible.com which is a theatrical 18 CD collection reading of The New Testament. Over 80 actors voice the biblical figures, Sorbo voices God. Nice upgrade from his half-god days on Hercules!

Kevin released his memoir in 2012, True Strength: My Journey from Hercules to Mere Mortal and How Nearly Dying Saved My Life. The book chronicles his near-death experience when he suffered three strokes and the battle back to regain his life. Sorbo also co-authored a Chicken Soup for the Soul, Think Positive for Kids.

In real life, Kevin leads "A World Fit for Kids," a successful mentoring model that trains inner-city teens to use school, fitness, sports and positive role models for themselves. World Fit is the number on after school program in the state of California.

On Surviving a Stroke

A World Fit for Kids

On television, Kevin Sorbo portrayed an invincible demigod. However, while filming the fifth season of Hercules in New Zealand, Kevin felt numbing-sharp pains in his left arm along with cold fingers for 3-4 weeks. Ignoring the signs, Kevin continued to work, which eventually caused him to spend eight days in the intensive care unit. Read More >

He had suffered an aneurysm and a series of strokes, leaving him partially blind and incapacitated at age 38. Kevin went through three months of rehabilitation to learn how to walk again. At first, Kevin didn’t want people to know what happened because of his ego and out of fear. However, he realized if it happened to him, it could happen to someone else, so he wrote True Strength: My Journey from Hercules to Mere Mortal — and How Nearly Dying Saved My Life chronicling his health experiences. In this inspiring speech, Kevin shares his personal journey, in the hopes of helping others through difficult times. Read Less ^

A World Fit For Kids

Imagine a world where childhood obesity is not an epidemic…a world where all students complete high school and are ready for higher education…a world where all kids, even the most disadvantaged, receive the guidance they need to be physically, mentally and emotionally fit. Read More >

Kevin believes we need to give young people the training, tools and support they need to achieve their goals and lead fit and fulfilling lives. A World Fit For Kids, an organization that Kevin hopes to replicate in other communities, is creating that world that will positively impact kids’ academic performance, life skills and health! Read Less ^

True Strength: Be a Super Hero in the Workplace

Persistence - Hope - Transformation - In the face of seemingly insurmountable obstacles, these three words can feel impossible to achieve. For actor Kevin Sorbo, failure was not an option. With this honest account of personal tragedy and triumph, Kevin aims to blaze a trail for those who are dealing with setbacks s and are now working to find their way back. Kevin can show your company what it takes to be a super hero in the workplace from his own experiences of success, failure and perseverance.

How far would you go to defend your belief in God? In this rousing talk, Kevin Sorbo discusses his role in the film God’s Not Dead and focuses on the many crossroads we face in life as they relate to philosophy and faith. This challenging speech is a call to action that will educate, entertain and inspire audiences to explore what they really believe about God, igniting important conversations and life-changing decisions.

"Kevin Sorbo may have played a mythical hero [on screen], but his friendly, down-to-earth personality is all real. He offered practical advice that nurtured both the body and the spirit. This woman’s heart was inspired."

"Kevin Sorbo is so much more than “Hercules.” As the guest speaker at Heart of a Woman, an event of 650 women ranging from age 25 to 85, Kevin was gracious, enduring, and compassionate with all. He is a powerful speaker who captures everyone’s attention through his courageous life story. It is impressive that Kevin stands up for what he believes in even though he is going against the grain of most in Hollywood. It was a pleasure working with him!"

"I enjoyed the speaker! His message was on point. Even though he was a man speaking about his issues, the message was the same for both men and women. During the meet and greet [he] was easy to talk with; it was like he was on my level and the concerns we were discussing were the same. I felt more of an everyday human struggling in a working field, and not a star sense coming from him."

True Strength: My Journey from Hercules to Mere Mortal--and How Nearly Dying Saved My Life 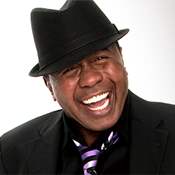 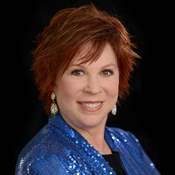 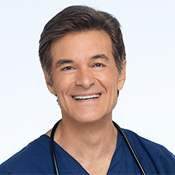