"On behalf of the entire Project Lifesaver team, I want to thank you for your participation in the 2020 Project Lifesaver Conference. We have received overwhelming positive response to the conference, and it is in no small part due to your participation. Your interesting, personal, and moving presentation painted a portrait of the true challenges of providing care for an individual with Alzheimer’s, a portrait no one in attendance will ever forget. Without question, the quality of your content, the delivery of that important information, together with a common theme of dedication, hard work, and a high ethical standard made your presentation the highlight of this year’s conference and a major success." -Project Lifesaver

Kim Campbell’s marriage of more than three decades to pop-country music legend Glen Campbell is a testament to devotion and overcoming adversity. Kim helped Glen beat cocaine addiction and alcoholism only to face their greatest challenge when he was diagnosed with Alzheimer’s disease in 2011. Kim supported her husband through the tumultuous hardships that accompany the disease and has become a tireless, influential voice for all people living with Alzheimer’s. Read More >

In 2011, Kim, Glen and their children went public to courageously share Glen’s battle with Alzheimer’s. They invited filmmakers James Keach and Trevor Albert to document Glen's Goodbye Tour, which produced the award-winning documentary Glen Campbell: I’ll Be Me. The documentary helped to break the stigma that accompanies Alzheimer’s and provides hope and comfort to families who are facing the same challenges. The film’s success gave Kim a platform to advocate for people with dementia and their families around the country, on Capitol Hill, and even at the United Nations. Kim remained by Glen’s side for all 151 shows, including his appearance at the 2012 Grammy Awards.

Determined to honor Glen by continuing his quest to educate people about Alzheimer’s disease, Kim launched CareLiving.org, a blog and lifestyle guide providing resources, inspiration and a sense of community to this underserved group. She champions the cause using her own experience as a call to action. Then, in 2019, she created the Kim and Glen Campbell Foundation to advance the use of "music as medicine" to alleviate depression, manage behaviors, boost cognition and alter the brain chemistry associated with well-being and stress reduction to improve the lives of those with cognitive impairments and their caregivers. In recognition of her dedication and work in the field, Kim was made an honorary faculty member of the University of Maryland, Baltimore’s Erickson School that connects the best research available for aging services with the practical expertise of industry leaders nationwide. Among her many accolades Kim recently received the Alzheimer’s Drug Discovery Foundation - Great Ladies Award, the Us Against Alzheimer’s - Women Making Change Award, and the Alzheimer’s Association - Caregiver Leadership Award. Kim has made it her mission to improve the quality of life for families and caregivers and sits on the board of Abe’s Garden, an Alzheimer’s Center of Excellence and state-of-the-art memory care community located in Nashville, TN.

Kim’s newest book, Gentle on My Mind: In Sickness and in Health with Glen Campbell, shares the never-before-told story of her roller coaster thirty-four-year marriage, including how Kim helped Glen finally conquer his addictions only to face their greatest challenge when he was diagnosed with Alzheimer's disease.

The Glen Campbell Museum and Rhinestone Stage opened in 2019, which features Glen’s famous outfits and memorabilia. A portion of the proceeds from the museum go to Abe’s Garden, the memory-care community where Glen spent his final years battling Alzheimer’s Disease, as well as benefit the Kim and Glen Campbell Foundation.

Kim is an impassioned speaker who has an intimate understanding of the complex challenges faced by people living with dementia and their families. From the early to the more advanced stages of Alzheimer’s, Kim Campbell lived through it all and can connect with an audience on a very intimate level using personal anecdotes and humor. She is gracious, engaging, and boldly honest about the devastating toll that Alzheimer’s can have. Kim has joined other celebrities who are stepping forward to speak out for families impacted by Alzheimer's such as Leeza Gibbons, Linda Grey, Paula Abdul, and Ron Reagan. Read Less ^

Insightful Conversations on the Future of Aging

Wife of Glen Campbell on Living with Alzheimer's

Gentle on My Mind: In Sickness & In Health with Glen Campbell

A Family’s Journey with Alzheimer’s: Glen Campbell: I'll Be Me

According to recent statistics, more than 5 million Americans are suffering from Alzheimer’s disease – that’s one out of three seniors. In 2016, Alzheimer’s and other dementia-related diseases will cost our nation more than $236 billion. This disease kills more people than breast and prostate cancer combined. Currently, there is no way to prevent it and no cure. Alzheimer’s is a progressive brain disease that slowly destroys memory and thinking skills. In her heartfelt talk, Kim shares her family’s personal journey and how Glen’s farewell tour and film, Glen Campbell: I’ll Be Me, began a national conversation about the effects of Alzheimer’s. It’s a remarkable story of the human spirit and how Kim and Glen made the decision to continue to live a very public life despite the challenges and adversity of this disease. It’s also a story of hope and how music helped Glen retain his mental well-being far longer than expected and demonstrated to the world that a life lived fully does not stop with a diagnosis of Alzheimer’s. Kim will leave you inspired and with a sense of hope.

When Kim’s late husband Glen was diagnosed with Alzheimer’s disease, she and her children rallied together to support him. They faced many challenges as a family, and through the emotionally draining moments, Kim realized how important it is for caregivers to take care of themselves while caring for others. She has recently launched CareLiving.org, a blog and lifestyle guide providing resources, inspiration and a sense of community to this underserved group. Kim discusses the importance of not becoming the “second victim.” She explains the emotional, physical and mental hardships that accompany the caregiver’s life, and offers advice on ways to ward off depression and illness. This talk is a positive and encouraging outlook on this often overlooked subject, and will inspire and restore faith and joy to those caring for loved ones.

"Kim Campbell drew a standing ovation from our audience of neurologists and neuroscientists for her candid and moving story of caregiving for Glen Campbell in his final years. She was responsive to media requests, and is an informed, articulate and gracious spokesperson for the plight of families affected by Alzheimer’s disease. Her presence underscored the importance of our members’ research, and we are honored to have hosted her."

"Thank you so much for coming to Tyler! I enjoyed getting to know about you and hearing about your family. Your message was heartfelt and well received by our audience and caregivers. Thank you for taking the time to joins us!"

Kim Campbell offers a brave and authentic voice for Alzheimer's caregivers everywhere. She speaks from the heart and her experiences on the frontline of care. Most importantly, the knowing public and her fans are empathetic, listening, and cheering her on.

"Kim was outstanding! Her message was perfect and she is such a lovely, classy lady. Thank you for facilitating her appearance. I think she enjoyed the time as well."

"Kim was terrific. Great speaker. Great presentation. Very well received, and what’s more important – was very much on target with her comments and our mission."

Gentle on My Mind: In Sickness and in Health with Glen Campbell 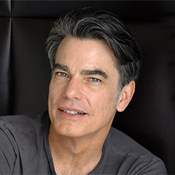