Peter Gallagher is an award-winning actor at home on stage, film and TV. He has appeared in over 50 Hollywood films and is probably best known for his role as Sandy Cohen in on the hit TV series, The O.C, Chief Dodds in Law & Order: SVU, and currently, Nick in Grace and Frankie and Dr. Hamilton on Grey’s Anatomy. Having lost both his mother and grandmother to Alzheimer’s disease, Gallagher is passionate about the quest for a cure and serves on the National Advisory Council of the Alzheimer’s Association. Read More >

In film, Gallagher made his debut in Taylor Hackford’s The Idolmaker. His many films include sex, lies & videotape and The Underneath for Steven Soderbergh, The Player and Short Cuts (Golden Globe Award) for Robert Altman, the Academy Award® winning American Beauty, for which he received a Screen Actors’ Guild award, and most recently, in the Sundance hit: Palm Springs. Other films include Dreamchild, High Spirits, Watch It, The Hudsucker Proxy, While You Were Sleeping, To Gillian on Her 37th Birthday, The Man Who Knew Too Little, Center Stage and Mr. Deeds.

Also on television, Gallagher was seen this season as Mitch in Zoey’s Extraordinary Playlist and Mike Sullivan in Hallmark’s One December Night. Other TV projects include: New Girl, Covert Affairs, Mark and Jay Duplass’ comedy for HBO, Togetherness, Law & Order: SVU, How I Met Your Mother. the Emmy® and Peabody Award-winning miniseries The Murder of Mary Phagan, The Caine Mutiny Court Martial for Robert Altman, Fallen Angels for Steven Soderbergh, and HBO’s Path to Paradise.

He last appeared on Broadway in 2015 with Kristin Chenoweth in On The Twentieth Century. in 2008, he co-starred with Frances McDormand and Morgan Freeman in the Mike Nichols’ Broadway production of The Country Girl. Previously, he has starred in The Royal National Theatre’s hit revival of Noises Off with Patti Lupone, the 1992 revival of Guys and Dolls as Sky Masterson (Drama Desk Nomination), Long Day’s Journey Into Night opposite Jack Lemmon (Tony Award nomination), Tom Stoppard’s The Real Thing also directed by Mike Nichols (Clarence Derwent Award), The Corn is Green starring with Cicely Tyson (Theatre World Award), and Harold Prince’s production of the Comden and Green musical, A Doll’s Life. Gallagher made his Broadway debut in the first revival of Hair and then joined the original Broadway production of Grease in the role of Danny Zuko.

As a singer, Gallagher recorded a solo album, 7 Days in Memphis, for Epic Records and is featured on the soundtracks for Zoey’s Extraordinary Playlist, On The Twentieth Century, Pal Joey, Guys and Dolls, A Doll’s Life and others.

Gallagher was honored with a Light on the Hill Award and a Jumbo Award from Tufts University. He also received the Steve Chase Humanitarian Award from The Desert AIDS Project. He actively volunteers for Alzheimer’s-related causes and is presently co-chair of the National Board of Advisors for the Actor’s Fund. Read Less ^

My Family’s Personal Legacy of Alzheimer’s

For 20 years before his mother’s death in 2004 at age 89, actor Peter Gallagher witnessed her gradual descent into the oblivion that characterizes Alzheimer’s, the disease that also took his grandmother. Slight memory lapses in the shy, fiercely intelligent Mary Ann O’Shea Gallagher gave way over time to a profound disconnection from the present, interrupted occasionally by breakthrough moments of clarity. Gallagher immersed himself in the search for a cure. He serves on the National Advisory Council of the Alzheimer’s Association, organizes Los Angeles-chapter fundraisers, and participates in fundraising Memory Walks, all with the unshakable belief that treatments for this devastating disease will be found before too long.

An Evening with Peter Gallagher 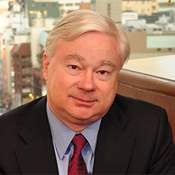