Krist Parker, also known as KRS-ONE (Knowledge Reigns Supreme Over Nearly Everyone), is one of the most important and influential rappers in the industry whose ascent from street kid to rap revolutionary to acclaimed lecturer and intellectual is the stuff of hip-hop legend. Read More >

With the release of his first ground-breaking album Criminal Minded, introducing himself as Hip Hop’s first “teacher”, followed up with 19 more classic releases over a 30-year period, while at the same time establishing The Stop The Violence Movement in 1989, Human Education Against Lies-H.E.A.L. in 1991 as well as the Temple of Hip Hop in 1996, and publishing three ground-breaking books The Science of Rap in 1995, Ruminations in 2003 and The Gospel of Hip Hop in 2009, which he then taught at over 500 universities including Yale, Harvard, U.C.L.A. and even King’s College and Oxford University in London.

KRS-One is clearly Hip Hop’s official Master Teacher. Consistently ahead of his time on many of the social issues that people are openly protesting today, KRS-One actually led 300 of Hip Hop’s official pioneers including Kool DJ Herc in the signing of the Hip Hop Declaration of Peace at the United Nations Headquarters in New York City hosted by U.N.E.S.C.O. establishing Hip Hop as an official International culture of peace and prosperity in 2001. Since then, KRS-One’s songs, his lectures and his interviews have inspired millions of people to think in new and empowering ways, and over a 30-year period, he continues to inspire, open and expand the real possibilities of the human mind. Read Less ^

The Hip-Hop Declaration of Peace

The Science of Rap 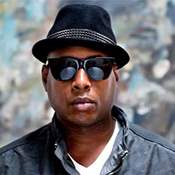 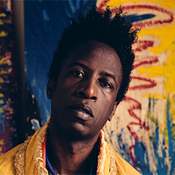