Dr. Kyle Pruett is an international authority on many aspects of child and parent development, including fatherhood and its effects on children. His latest book, Partnership Parenting, examines the different parenting styles of men and women. While mothers tend to overprotect their kids, fathers tend to push them toward independence. Many experts advocate “a united front,” but Pruett argues that Mom and Dad not always being on the exact same page can actually strengthen the whole family. With wisdom and humor, Partnership Parenting helps couples take advantage of their individual strengths to raise confident children while simultaneously improving their marriage. Read More >

Pruett believes that sharing everyday moments early in life are important for everyone— Mom, Dad, and Baby. Simple, day-to-day interactions boost a new dad’s confidence in himself and his spouse’s confidence in him as a caregiver. A father’s participation strengthens the spousal relationship: women speak of their spouses as being more “attractive” when they see them as confident, nurturing fathers. Pruett describes how babies as well as teenagers benefit directly from the father’s presence. His pioneering, long-term study—first published in the now classic The Nurturing Father (the American Health Book Award) and recently in Pediatrics—found additional strength in children whose fathers were actively involved in their lives.

Pruett was a consultant to Vice President Al Gore for the White House Conference on “Men in Children’s Lives” and served as president of Zero to Three (The National Center for Infants, Toddlers, and their Families) in Washington, DC. He sat on the advisory board for Father Involvement in Head Start and is the head of the International Study Group on Fathers and Child Development.

Pruett also authored Fatherneed: Why Father Care Is as Essential as Mother Care for Your Child and hosted his own Lifetime Cable series, Your Child Six to Twelve with Dr. Kyle Pruett. He has been a columnist on WebMD, MSN.com, parentsedge.com, and contributing editor to Good Housekeeping and Child and Parents magazines. A consultant for CBS Morning News, he has also appeared regularly on Good Morning America, 20/20, CBS This Morning, and NPR. Pruett was chosen by Oprah Winfrey to co-host her acclaimed Begin with Love video, distributed to the parents of every newborn child in America in 2008.

Pruett was educated at Yale University and Tufts University School of Medicine. He is a clinical professor of child psychiatry at the Yale Child Study Center and maintains a private practice in infant, child, adolescent, and family psychiatry. Read Less ^

The Importance of Fathers

Not Too Young to Notice: The Impact of Violence in Today’s World on Infants, Toddlers & Preschoolers

As a cascade of public and personal violence seems to fill the early years of this century, parents and caretakers alike find themselves facing harder and more frequent questions about the effects such events have or will have on their youngest children. Dr. Kyle Pruett reviews the newest psychological and neurobiological science to help us understand—in plain English—the mechanisms by which such experiences impact our children and ourselves, and their potential to change us and our worldview in both helpful and not-so-helpful ways. Active Q & A will focus on advice for conversations and behavior techniques that reduce the stress of such events on our youngest children. Dr. Pruett's audiences leave feeling better understood, and equipped to help their families adapt to this increasingly familiar 21st-century context.

New Horizons in Father Engagement: What to Do with Dad After You Have His Attention

Now that paternal involvement in the lives of children has been flagged as important to both child and family well being, many questions arise about how the nurturing world is to make room for father’s contributions, given that 1) those contributions differ from mother’s, and 2) child-centered systems (including the family, educational, and healthcare) aren’t currently shaped to easily integrate his contributions. Co-parenting no longer uniquely references parenting after divorce, serving instead as the marquis for the next phase of the real-world of paternal engagement—how parents tag team to raise their children across time, or not. Research and public policy are woven together with clinical realities of the diverse world of paternal and grandparental engagement where non-traditional arrangements expand almost daily. Advice is tendered throughout, ending with the signature audience-engaging Q&A of Kyle Pruett presentations.

In this presentation, Kyle Pruett offers plain-English narration of the parts of the brain and gene science explosion that relate to changes in parenting and/or educating our children in the 21st century. His visually rich explanations highlight what we have now come to understand about the incredible power of experience to shape our genetic building blocks into unique assets and liabilities. Audiences leave this discussion with a new vocabulary, visual imagery of and respect for the plasticity of human growth and development across generations—the very bedrock of resilience. Respect for the limitations of our current understanding is highlighted during the Q & A.

A Global Perspective on Paternal Engagement

Why are so many cultures who are worried about the well being of their families turning to paternal engagement as a way to lower the risk of further family weakening? Strong evidence-based programs, illustrated by journalistic narratives and video images from Turkey, aboriginal reserves in Alberta, and mixed ethnic groupings in California, serve as base of discussion with audience about how co-parenting influences have the capacity to change communities for the better in profound unforeseen ways.

Why are so many cultures who are worried about the well being of their families turning to paternal engagement as a way to lower the risk of further family weakening? Strong evidence-based programs, illustrated by journalistic narratives and video images from Turkey, aboriginal reserves in Alberta, and mixed ethnic groupings in California, serve as base of discussion with audience about how co-parenting influences have the capacity to change communities for the better in profound unforeseen ways.

As neuroscience advances, we are provided with new images almost weekly of how experience shapes the growing brain. Music has emerged as a remarkably influential architect: enhancing, connecting, and strengthening parts of the brain that are crucial in memory, problem solving, cognition, and emotion management to name a few. How this happens to whom, when, and why makes an intriguing illustrated (visual and auditory) story, with Kyle Pruett tying Lady Gaga to Beethoven and beyond. Dr. Pruett’s lifelong experience as a professional musician makes the Q&A segment of this presentation both animated and full of useful advice for parents and educators of the listener/performer/educators.

Kyle Pruett offers an eye-opening perspective on this most overlooked soon to be ‘discovered’, form of trauma in childhood. Pruett begins with a review of the compelling research on the power/prevalence of neglect, and how differently it impacts children and families than its more obvious (but frequent) partner, abuse. Forms of assessment and subsequent treatment are reviewed for efficacy, and why concerned clinicians and practitioners need to be thinking in more complex ways about this near epidemic is addressed with plenty of “what-to-do-about-it” advice and Q&A.

"You were the star of the whole show! All the other presenters coasted on your beautiful and generous presentation. "

“I wanted to say ‘thank you’ because your talk this morning at the Strong Families conference was a life changer for me. I look forward to reflecting back next year on how I have changed my practice after this day. Today was a game changer. I hope you know how much your message touches the lives of the people who hear it. I've been doing these conferences for 10 years and your presentation was the best. Thanks so much for what you do. It really changes lives. You may not always see it. But it does.”

"Your work is so inspiring and provocative to our entire network - we keep fathers in our work because of your leadership."

"Finally, an education and health 'expert' who has something important to tell us and makes so much sense- and in plain English!"

"..an unusually clear and organized thinker."

"Fabulous lecturer - I only wish it had been longer...Brought me to tears."

"Dr. Pruett has skillfully challenged us to think anew about our corporate responsibilities to the families that trust us with their children's imagination and curiosity."

"My entire faculty and all the parents present loved listening to him speak.  He touched all of our lives. What a rare combination of heart and mind."

"Your introduction to journalists of the most relevant, compelling research and some of the best practices in children's mental health created considerable excitement here at the center. Hope you are prepared for them to overuse you as a resource."

"Of the dozens of lectures I hear a year, yours stands out for its clarity and passion. You have a wonderful, even-handed presentation style that helps everyone in the audience listen carefully and learn. It is a rare gift. Thank you for sharing it with us."

"On behalf of Goldman Sachs and Wellness, I want to thank you for a wonderful, intriguing presentation and consultation. We have had nothing but great feedback."

"What a wonderful evening-you touched the hearts and minds of so many parents, staff and funders. There is a ground swell of enthusiasm to have you back, and soon."

Partnership Parenting: How Men and Women Parent Differently--Why It Helps Your Kids and Can Strengthen Your Marriage 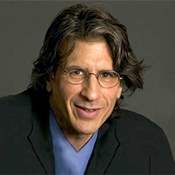 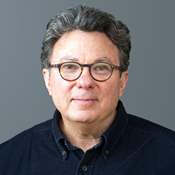 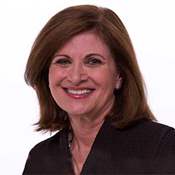