If you are looking for the best way to raise or educate kids to be kind, empathetic, resilient and thriving, then search no further than Educational Psychologist Dr. Michele Borba. She is an internationally renowned educator, award-winning author and parenting child expert recognized for her solution-based strategies to strengthen children’s social-emotional intelligence and character and reduce peer cruelty. Read More >

Dr. Borba is as well known for her warm, down-to-earth speaking style as she is for cutting-edge insights. Her informative presentations leave audiences with usable strategies. A sought-after motivational speaker, she has spoken on 19 countries in five continents and served as a consultant to hundreds of schools and corporations. Clients include Sesame Street, Harvard, U.S. Air Force Academy, 18 U.S. Army bases in Europe and the Asian-Pacific, H.H. the Crown Prince of Abu Dhabi and a TEDx Talk: “Empathy Is a Verb.” She offers realistic, research-based advice culled from a career working with over one million parents and educators worldwide.

She is the award-winning author of 25 books translated into 19 languages, including her new book Thrivers, as well as Nobody Likes Me, No More Misbehavin’, Don’t Give Me That Attitude!, Building Moral Intelligence, Parents Do Make A Difference, The Big Book of Parenting Solutions, End Peer Cruelty, Build Empathy and UnSelfie: Why Empathetic Kids Succeed in Our All-About-Me World.

Her awards and recognitions include being a 2016 SHORTY nominee for “Best Social Media Influencer in Parenting,” the National Educator Award (presented by the National Council of Self-Esteem) and the National Child Safety Award of 2016 by Child Safety Network. She was named a consultant for the Character Education and Civic Engagement for the U.S. Dept of Education, Disney Influencer and Goodwill Ambassador for M.I.T.’s One Laptop Per Child project. Board memberships include Parents, Child Safety Network and Boys & Girls Club of America. Her proposal: “Ending School Violence and Bullying” (SB1667) was signed into California law in 2002.

Dr. Borba is a former classroom and special education teacher with a wide range of teaching experience, including work in a private practice with children with learning and emotional disabilities. She received a Doctorate in Educational Psychology and Counseling from the University of San Francisco, an M.A. in Learning Disabilities and B.A. from the University of Santa Clara, and Life Teaching Credential from San Jose State University. She lives in Palm Springs, California with her husband and has three grown sons. Read Less ^

TEDx: Empathy is a Verb

Unselfie: Why Emphathetic Kids Succeed in Our All-About-Me World

Virtual Keynote: How to Help the Pandemic Generation Thrive Both Now & Later

Tips for Raising Your Child To Be More Successful

You Are a Difference Maker

How to Activate Kids' Empathy

Data shows that today’s youth are the loneliest, most stressed and risk-averse on record. Though well-educated, they are failing to launch in real life. So how can we teach them to be mentally strong and more successful? Dr. Michele Borba empowers both educators and parents to help kids thrive in today’s fast-paced, digital-driven, often uncertain world. Through her research, she found the difference between those who struggle and those who succeed comes down to the personal traits that set Thrivers apart and set them up for happiness, as well as greater potential later in life. She offers practical, actionable ways to develop these Thrivers traits for kids and shows you how to teach them to cope today, so they can flourish tomorrow in school and life. These are lessons that will last a lifetime.

At no other time in history have we experienced so many changes in such a short amount of time. Our world is incredibly different from what it was just two decades ago. Today’s society is fast-moving, complex and digitally driven. It has turned into a place where uncertainty is the norm. And yet, the way we teach our children has remained the same. In this thought-provoking presentation, Dr. Michele Borba reveals why we need to reset the way we think about what our children will need for the future. GPA and test scores will not be the criterion for success. They need to be replaced by a new skill of resilience. And the earlier it’s taught, the better. Resilience is crucial for not only our children’s mental well-being and success but also for future-proofing them for an uncertain new world. The session provides simple, proven resilience-building practices that help young children thrive—and give them the best hope for success in their brave, new world.

Empathy is a Verb: Lessons for Success in the Digital Age

What can businesses, organizations, institutions of higher learning and associations learn from the latest science on empathy? Plenty, especially in today’s plugged-in world of virtual workplaces, electronic communications and increasing personal disconnection. Dr. Michele Borba points out that we’re all born hard-wired to care, but like all human qualities, empathy must be constantly activated. The habits that achieve this also make us more effective leaders, insightful managers, collaborative colleagues, and compassionate community members. Drawn from her inspiring TEDx talk, Dr. Borba shows us how to use the “Empathy Advantage” to build valuable social capital within our organizations and with customers, patients, donors and students. Her motivating presentation is a reminder that being more empathetic makes our workforce stronger, our communities more stable, our stakeholders more engaged and all of our relationships longer lasting.

Unlocking the Power of Empathy

In today’s complex, global, digitally-driven world, there’s one trait that seems to be missing in our youth. Teens today are 40% less empathetic than just a generation ago; narcissism has increased 58%. This isn’t just a crisis of character. Dr. Michele Borba explains why cultivating empathy is essential to creating caring children, compassionate schools, just communities and a civilized society. In this game-changing presentation, you’ll learn why creating empathetic, inclusive climates as the foundation for learning is the smartest strategy for ending the cycle of youth violence. You’ll also learn why empathy is one of the most important skills that 21st-century learners will need to thrive. Dr. Borba shares how educators around the globe weave empathy-building practices into existing lessons and help students to develop empathic mindsets in a test-driven culture (that doesn’t always value it.) This inspiring session is guaranteed to be informative and filled with practical ways to create positive outcomes by cultivating empathy in your classroom and school.

The research is clear: Bullying is learned. Awful right? But here’s the good news: It can be unlearned—and it all starts by teaching kids how to put themselves in someone else’s shoes. Cultivating empathy has proven to be the best antidote for bullying. Drawing from her book, The 6Rs of Bullying Prevention, Dr. Michele Borba shares the evidence-based principles, policies and proven practices that have made her a leading expert in this field. Her empowering, informative presentation is brimming with real-life stories, the latest behavioral research and simple tools to reduce bullying and victimization. This includes mobilizing student bystanders’ compassion to be “Upstanders” to help stop peer cruelty. Audiences leave ready to use the “6Rs” right away in their classrooms, schools, organizations and homes.

The Critical Need for Caring Champions

Study after study shows that during adversity, the single, most important thing kids need is the calming presence of an adult champion. In this keynote, Dr. Michele Borba shares inspiring stories and examples of real educators who are those champions and prove they make a difference that helps our students bounce back and thrive. The key, she says, it that they use what we already have within us: hope, empathy, atmosphere, resilience, and trust (heart). Each of these concepts is ordinary, doable and doesn’t cost a dime but can transform our children’s lives both now and later.

"Michelle Borba was a hit! She was engaging and I have heard nothing but positive feedback. They said she was funny, genuine and spoke on a level that was real.' I also heard from several people that this state conference was the BEST one they had attended. Michelle Borba was amazing and I heard so many folks express disappointment that her speech was only an hour!! Thank you for helping to fulfill one of my dreams: delivering a conference that was meaningful and memorable!"

"She was AMAZING! Her genuine, sincere and compassionate presence was so heartwarming and impactful. The counselors, assistant principals, principals loved her presentation and were so inspired even in a virtual setting. Please thank Dr. Borba from me and the entire GUSD family."

"Dr. Borba's message was relevant to the wide range of parents and staff registered (a good mix of parents with children in K-12, and several staff members), and I felt that each participant should have walked away with a new tip or strategy (or several) to help their children cultivate empathy. Her message is so timely! Also, APB was so very helpful in coordinating the event, and went above and beyond to help with the technical issues that arose. It was a pleasure to work with you."

"Each and every year Dr. Borba’s presentations have received outstanding reviews from educators and parents who have participated in her workshops, and each year she receives the highest ratings of any of our speakers, and we deal with the very best speakers in North America. We use her presentations as the standard of excellence for all our speakers."

"As part of our on-going efforts to heighten the awareness of the dangers of gang life, we have worked closely with Dr. Borba and have used her materials to teach youth the basic skills of negotiating a peaceful resolution to problems. For two years, over 7,500 students were exposed to this program and the results have contributed to an overall reduction in violent crimes and school expulsions by 25.6 percent."

"During the first week of school, I walked through the classrooms and was gratified and surprised by the immediate impact of Dr. Borba’s workshop. Every classroom had at least one of her charts and I caught a large percentage of the teachers engaging students in the activities she had suggested. Her workshop positively affected the lives of hundreds of children."

"We are still receiving congratulatory comments on Dr. Borba’s outstanding keynote address and follow-up session at our 18th Annual Special Education Conference. Because of her presentation, many of our conferees say that they are now more aware of the needs of their students and feel challenged to meet them."

"As I move around the country I am still hearing expressions of delight regarding your speaking tour. I have to say that in my experience as an educator who has attended many seminars I have never seen an audience rise to their feet in a standing ovation as I saw them do at the session I attended. New Zealanders are seldom prone to such displays of emotion!"

"It was a delight meeting and hearing Dr. Borba’s presentation. The feedback was amazing, and people left with useful tips. After her presentation she made herself available for book signings. She was very warm and very funny, we all enjoyed her!"

"Dr. Borba’s books have helped teachers in Britain to do work with young children that helps them develop the healthy self-concepts that are essential to holding positive attitudes of people different from themselves."

"Michele is wonderful! She stimulated and excited my entire staff with her research, her ideas and her materials. This workshop helped us start our school year in a very positive mode. We are regularly using her materials in our classroom now."

"She was AWESOME! The perfect fit to our work and message. Our audience loved her, someone even said we should have her every year."

Thrivers: The Surprising Reasons Why Some Kids Struggle And Others Shine

UnSelfie: Why Empathetic Kids Succeed in Our All-About-Me World

The Big Book of Parenting Solutions 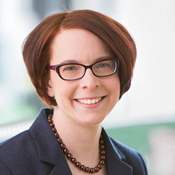 Educator & Author of The Price of Privilege