Les Stroud is a Canadian musician, filmmaker, and survival expert best known as the host of the television program Survivorman. After a short career behind the scenes in the music industry, Stroud became a full-time wilderness guide, survival instructor and musician based in Huntsville, Ontario. He has produced survival-themed programming for The Outdoor Life Network, The Discovery Channel, and The Science Channel. Read More >

The survival skills imparted from watching Stroud's television programs have been cited by several people as the reason they lived through harrowing wilderness ordeals.

Stroud originally worked for several years at the Toronto-based music video channel MuchMusic, and as a songwriter for his band New Regime before a Temagami canoe trip sparked a career change. During this time he also worked as garbage collector for the City of Toronto.

In 1990, Stroud became a guide for Black Feather Wilderness Adventures, leading canoe excursions into the Northern Ontario wilds. It was also during this time while on a survival course he met his future wife, photographer Sue Jamison. They married in 1994 and together left for a year-long honeymoon in the remote Wabakimi area of Ontario which was to become the basis of the documentary Snowshoes and Solitude. Afterwards, the couple moved to Yellowknife in the Northwest Territories where Stroud was employed as an outdoor instructor to special needs individuals of aboriginal descent. Stroud and Jamison then settled in Huntsville, Ontario, and started the outdoor instructional outfit Wilderness Voice and the media company Wilderness Spirit Productions.

Inspired by the popularity of the television show Survivor, Stroud pitched a more authentic version of the show to The Discovery Channel Canada. He produced two programs titled One Week in the Wilderness and Winter in the Wilderness for @discovery.ca. The success of these specials led to the development of his current show Survivorman which follows a similar format, leaving Stroud on his own, with minimal equipment, in the wilderness to film his survival experience. Read Less ^ 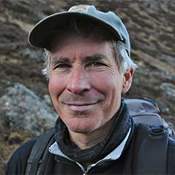 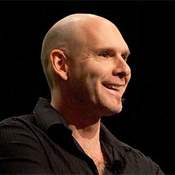