Lori Petty refers to herself as an accidental movie star, first becoming a household name in the 90’s with hits like Tank Girl, Point Break, and A League of Their Own. She has also conquered television, appearing on Bates Motel, Prison Break, Gotham and most recently as Lolly Whitehill on the award-winning Netflix series Orange is the New Black. Read More >

Her successful acting career has spanned decades, but perhaps the best story Petty ever told was her own. In her directorial debut, The Poker House tells the true story of Petty’s troubled childhood growing up in Iowa. Exploring the complex issues of drug abuse, prostitution, and sexual abuse she experienced first hand, the coming of age drama depicts a painful day in her teenage life and the hope she found within her two young sisters to survive. The film stars Chloë Grace Moretz and Jennifer Lawrence in their first movie roles after being discovered by Petty. She hopes her story can help inspire others, saying “I think it can help people, and I think it's a beautiful story, that [bad] things happen to good people, and then they keep stepping, and they turn art out of it, and they make it into beauty.”

Petty’s successful career includes other creative endeavors such as writing, directing and painting. Despite her Hollywood status, the outspoken actress hopes to help others with similar misfortunes though her incredible story of triumph.

An Evening with Lori Petty 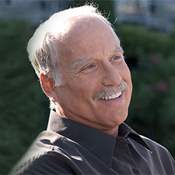