In 2009, global media covered Maggie Anderson, Congressman John Lewis’ former aide, President Barack Obama’s former law student, and a successful corporate executive, as she lived out her public pledge to “buy Black” only for an entire year. Her family was threatened, and her mother was dying of pancreatic cancer. She took this stand raising two babies and with no Black owned grocery store. Maggie’s historic year AKA “The Empowerment Experiment” (“EE”) resulted in an unprecedented amount of mainstream media, university, and corporate attention specifically on Black owned businesses, systemic racism in the American economy, and economic inequality; tens of millions in revenue for and deposits into Black businesses and banks; a landmark Kellogg study proving 1 million jobs could be created if Black firms received a small increase in support; and her critically acclaimed book, Our Black Year. Since EE, Maggie has given thousands of speeches and interviews hosted by the most respected corporations, universities, trade/ professional/ faith/ civic and rights institutions, and media. Millions have shed tears while taking notes as she teaches the victorious yet violent history of Black businesses and Black economic unity; preaches about economic justice and empowerment; and shares EE, and how it has since changed and ‘saved’ her life, effectively curing her muscular dystrophy. Read More >

Publishers Weekly called Our Black Year, “Dynamite!” and “an effective probe into how African Americans spend so much money that overwhelmingly leaves their communities.” Library Journal raved, “Anderson’s book successfully illuminates the racial divide that continues to persist in the U.S. economy...appeals to those looking for inspiration to effect positive change in their communities.” Book Page added, “Blistering. Honest…Offering a clear-eyed perspective on how African Americans got to where they are and what they can do to support black business owners.” Marc Morial (CEO, National Urban League) called it “An important book…a path for others to follow”. Alfred Edmond (Editor in Chief, Black Enterprise) stated, “the Andersons’ economic odyssey is nothing short of heroic.” “Thank God for this level of commitment to our Black community,” said Cathy Hughes, owner of Radio One/ TV One.

For her sustained activism and her hard-hitting speeches, she was chosen by BET and Centric TV as one of “The Most Fascinating Women of 2016”, and the YWCA as “The Women of the Year” for her work countering racism in the economy. Maggie continues to receive numerous honors, proclamations and awards from the most elite and iconic civic and professional organizations, universities, corporations, municipalities and rights groups such as the National Bar Association, the National Association of Real Estate Brokers, Harvard University, New York Life, and many more. Her most recent campaign - created in response to the new wave of activism after the murder of George Floyd - is the Black Owned Hair Care Challenge (“BOHCC”), an empowerment and education campaign to restore the Black hair care industry’s indisputable capacity to create much needed jobs, wealth, entrepreneurship, and economic unity in the Black community. The BOHCC exposes and counters the unjust lack of Black ownership of Black hair care companies and beauty supply stores, and the resultant asymmetry between the founders and supporters of the Black hair care industry and the current beneficiaries. The BOHCC asks consumers to publicly commit to support the Black owned hair care businesses and beauty supply stores.

When Maggie speaks and lectures about Our Black Year, she offers a story and hard-earned wisdom that no one else can. She draws from the unsung story and success of Black owned businesses and neighborhoods in America; Dr. Martin Luther King and the Civil Rights Movement, and how Black entrepreneurship, economic solidarity, and business success helped both; presents the lessons learned from her ancestors’ and her family’s buy Black stands, and delivers an inspirational and intelligent message about the possibility and promise of homespun economic empowerment in America, the business case and job-creating, racism-countering, community-empowering opportunity of supplier diversity and proactively, publicly, collectively supporting locally-owned businesses; and teaches the specific cultural, societal and economic importance of successful Black owned banks and businesses, and the fundamental inclusion of and investment in Black owned businesses by the government, Corporate, and university/nonprofit sectors for countering structural racism and improving the American economy.

Maggie, a native of Liberty City in Miami, Florida and the first American-born child of Cuban immigrants, has a BA in Political Science from Emory University; and a Juris Doctor (JD) and Masters of Business Administration (MBA) from the University of Chicago. She lives in Oak Park, Illinois with her husband of 21 years, John C. Anderson (AB, Economics, Harvard University, 1993; MBA, Finance, Kellogg Graduate School of Management, 1999) and their two daughters, Cori and Cara, thirteen and fifteen. Read Less ^

TEDx: Economic Lifespan of a Dollar

The Empowerment Experiment: My Year of Buying Black

In 2009, the Andersons - an Ivy league-educated, professional suburban couple with two young daughters - made history when they carried out a public pledge to completely live off black business for an entire year. It was called "The Empowerment Experiment." Via press coverage, the compelling story of the Andersons' stand and sacrifice, and the credibility of the landmark experiment, the family was able to articulate and prove the importance of self-help economics in the black community as well as increase awareness of how the lack of support for black businesses and professionals leads to the social crises that disproportionately impact black families and neighborhoods. Read More >

Conscious Consumerism: Make a Difference with Your Dollars

There are 60 KFC franchises in the Chicago Area and not one of them is black-owned. Companies ranging from fast food chains to Polo Ralph Lauren make enormous amounts of money off the black dollar, yet none of it is divested back to that community by engaging black-owned businesses. While marketing and HR have finally extended their reach to include African Americans - even prominently featuring black individuals in their ad campaigns, for instance - the same is not reciprocated in supply and management. Read More >

Maggie Anderson has become the leader of a self-help economics (or "conscious consumerism") movement that brings together business owners, consumers, corporations, and professional and activist groups to make sure that more quality minority-owned businesses get supported - as stand-alone entities and as suppliers, vendors, and franchises. Conscious consumerism, she explains, is all about supporting businesses that empower struggling communities. In this talk, Anderson rallies conscious consumers and progressive corporations alike to support and grow quality minority businesses in order to put the community's wealth back into its underserved neighborhoods, and explains why this outlook is so important - not just to minority communities, but to America as a whole. Read Less ^

In today's economy, one of the nation's primary goals should be to create more jobs for minority groups disproportionately affected by the financial downturn. In so doing, we would not only begin to bridge the economic gap between white and ethnic communities, but also invest traditionally troubled communities with empowered leaders engaged in the market economy who youth could look up to, instead of turning to drug lords and gang heads for guidance. Read More >

In this speech, Maggie Anderson covers such fascinating and underexplored topics as America's racially divided economy, the lack of supplier diversity in corporate America, economic disenfranchisement of minority groups, buying power vs. business/economic power, and self-help economics in ethnic communities. Specifically, on this last subject, she discusses whether or not it is racist for specific ethnic groups to exclusively support their communities' businesses, and whether public opinion on this matter changes with regard to the black community versus other groups. This message is perfect for college audiences of any color to inspire them to become those leaders who will improve their communities. Read Less ^

A Call to Women: Find Your Cause

First and foremost, Maggie Anderson considers herself a mom - an "everyday mom," she says. But however "everyday" she may be, she found one cause dear to her heart and spurred by a conviction that she could do something about it, created a transnational movement. Read More >

In this inspirational presentation, Anderson urges all women to find their cause. Whether they are mothers, housewives, professionals, or working moms, women should not feel constricted to solely caring for their families or immediate social spheres, but should feel empowered to act for the good of the greater community. After all, the ultimate legacy of The Empowerment Experiment is to prove to individuals from all walks of life that a single person can make a difference, just as Anderson did. This message is perfect for women's groups and college students. Read Less ^

"I was impressed with how professional, thorough, and passionate she was. The membership, sponsors and the public were thoroughly pleased and impressed with Maggie Anderson’s speech."

"Dynamite! …An effective probe into how African-Americans spend so much money that flows so overwhelmingly out of their community."

"Blistering, honest! … A brisk call to action, offering a clear-eyed perspective on how African Americans got to where they are today and what they can do to support black business owners."

"Maggie was AMAZING. Her lecture was fact-filled and inspiring. Our students had great questions, which let me know they were processing what she said. Thanks so much for suggesting her."

"The economic odyssey of the Anderson family is nothing short of heroic. If you care at all about making the American Dream a reality for ALL Americans, you must read this book, and apply the lessons and learnings of The Empowerment Experiment that inspired it."

"Our Black Year is an eye-opening book that should be read by anyone interested in the nation's racial and economic divide."

"Anderson's book successfully illuminates the roadblocks faced by Black business owners and the racial divide that continues to persist in the U.S. economy.... [T]his book will appeal to all those looking for inspiration to effect positive change in their communities."

"Any serious attempt to close the racial wealth gap and build Black American wealth, must leverage the trillion dollars of buying power controlled by the Black American consumer. In Our Black Year, Maggie Anderson offers a clear, cogent and intensely personal view of one family’s journey to do just this. An important book that provides a path for others to follow."

"Thank God for this level of commitment to our Black Community. Our Black Year is an incredible documentation of what we all could do, if we just made up our minds to do it." 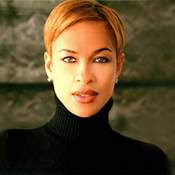