Tonya Lewis Lee has been a creative presence in children’s literature and production for almost 15 years. After transitioning from a career as a corporate lawyer, Lewis Lee joined up with Nickelodeon to produce interstitial programming for them featuring various artists including Savion Glover, Gregory Hines, Whoopi Goldberg, and Queen Latifah. She also produced the documentary I Sit Where I Want: The Legacy of Brown v. Board of Education and series programming Miracle’s Boys for Noggin/The N, eventually working with TVLand to produce the series That’s What I’m Talking About, hosted by Wayne Brady, and then on to HBO where she wrote the screenplay for The Watsons Go to Birmingham. Read More >

Lewis Lee is an accomplished author, having co-written three children’s books with her husband, Spike Lee: Please Baby Please (2002), Please Puppy Please (2004), and Giant Steps to Change the World (2011). She is also the co-author of the best-selling novel Gotham Diaries.

As spokesperson for the A Healthy Baby Begins with You infant mortality awareness campaign from the Office of Minority, a division of the US Department of Health and Human Services, Lewis Lee has reached thousands of people with her message of health, wellness, and advocacy since 2007. She has travelled the United States speaking with students; healthcare providers; federal, state, and local government officials; academics and scholars; health agencies; pastors; and regular folk about what the infant mortality rates mean to the nation and what we can do to make them better. She also produced the film Crisis in the Crib: Saving our Nation’s Babies for the Office of Minority Health.

Outspoken on the issues of women and race, Lewis Lee has appeared on national and local television and radio across the country. She has also served as a consultant to television news networks and Fortune 500 companies. She has also written for magazines such as Avenue, Gotham, O at Home, and Glamour, to which she contributed two campaign trail interviews (2007 and 2008) with Michelle Obama. She has also been featured in The New York Times, Avenue, Town and Country, New York Magazine, O, Essence, Ebony, NV Magazine, Redbook, Child, and New York Family Magazine. She has received numerous awards for her literary, production, and advocacy work.

Lewis Lee serves as Vice Chairman of the board of the NAACP Legal Defense and Educational Fund. She graduated from Sarah Lawrence College with a BA and from the University of Virginia School of Law with a JD. Read Less ^

Impact of Mentoring and Youth Support

Health: Closing the Gap on Health Disparities in the United States

Through her work with the Office of Minority Health, Tonya Lewis Lee has spoken across the country about reducing US infant mortality rates, specifically focusing on the disparity between the rates at which black babies die versus white babies – a two to one ratio. Lewis Lee discusses raising awareness around the issue of health disparities in the United States. She explores such questions as: What are the causes?  What can we do to bring down these staggering rates?

Creativity: Trusting In the Creative Process

Tonya Lewis Lee left a legal career and went on to become a television producer, co-author of several children’s books, and author of an adult novel. Making the transition from a standard practice to embracing a full, fun, creative life can be scary but it has its rewards. Lewis Lee will share her guiding principles, her “up” moments and her “down” moments, as she made her own transition and continues to push the boundaries.

Activism: Showing Up Is the First Step

When called upon by the Office of Minority Health (OMH) in 2007, Tonya Lewis Lee took that first step toward raising awareness on an issue that became a passion for her and the team of people she worked with. Through a Pre-conception Peer Education Training program, Lewis Lee and OMH have fueled a movement about winning back the civil right to a healthy life. In this discussion she talks about how she and OMH set out to create a program for college students nationwide, sharing the importance of making healthy lifestyle choices for their own sake and for the sake of future generations.

I Sit Where I Want: The Legacy of Brown v. the Board of Education

In the presentation of the documentary film I Sit Where I Want, Tonya Lewis Lee discusses the process of engaging Buffalo, New York, high school students in a conversation about race, segregation, integration, and what it all means to their lives. Through the eyes of nearly a dozen students of different ethnic backgrounds, the film takes a journey to understand why these kids at a racially mixed school segregate at lunchtime in the cafeteria. It is the age-old question: Why are all the black kids sitting together in the cafeteria? At first glance the answers may seem simple, but as we get to know the students and their environments we come to realize that the issues of why people choose to self segregate can be more complex than we initially thought. Whatever the reasons, the world is a better place if we face our fears, mix it up and try something new. The students in the film come away from their experience understanding the importance of becoming aware of their actions and with a feeling that cross-cultural exchange makes for a better, more productive world.

"In your introduction, I told the audience to “buckle up” and you delivered. You came across as real. Trustworthy. Inspirational. And, relatable. A rare feat. I, perhaps, didn’t realize the impact of your visit until I visited with my wife. She has an aggressive, advanced stage of MS and is disabled. She was speaking about you and I asked her what in particular she was attracted to...her response: 'The power Tonya gives to all women.'"

"Tonya was great! She was engaging and the audience really enjoyed hearing about her transition and different experiences. A lot of people were interested in speaking with her during the cocktail reception as well. We were happy to have her. Thanks for all your help! Hopefully we can work together again in the future as well."

"Thank you so much for delivering the keynote address at YWCA New Britain’s 14th biennial Women in Leadership Luncheon. We have received many compliments on the event, and your speech in particular. The crowd very much enjoyed your speech and your inspiring words."

"Tonya Lewis Lee was an absolute joy. I really liked during lunch that she talked freely with the kids. She was so down to earth and surprisingly easy to relate to according to both students and adults. I hope she gets the chance to do more important work like the film I sit where I want. She is the perfect voice to tell untold stories that spark meaningful conversations for those whose voices still go unheard."

Giant Steps to Change the World 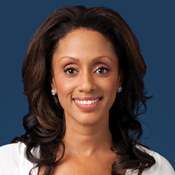