As the subject of the Academy Award-nominated short documentary Facing Fear, Matthew Boger describes the haunting details of one of his darkest moments in his young life. Boger was the target of a brutal attack in a Los Angeles alley carried out by a group of Neo-Nazi skinheads. He now has the dual perspective of being a victim while also being capable of embarking on a journey of forgiveness and compassion, understanding that anyone has the ability to change. Read More >

In early 2005, Boger made the life-changing decision to leave his high profile career as one of L.A.’s premier celebrity colorist with an A-List clientele and become the Museum of Tolerance’s Manager of Operations because “It was a way for me to use my voice to speak out against hate for all those who no longer have a voice.” In that same year, while working at the museum, he ended up in a chance meeting with former Neo-Nazi skinhead, Timothy Zaal, who had begun volunteering as a speaker against hate. The two quickly discovered that Zaal had been one of the Neo-Nazis who had nearly killed Boger in the alley in West Hollywood 25 years previously.

Together, the two embarked on a journey of forgiveness and reconciliation, challenging them to grapple with their own beliefs and fears. Through his program Unlikely Allies, Matthew present’s to diverse audience at the Museum of Tolerance. Matthew also speaks outside the museum to students grades 8-12, law enforcement agencies and educators, Juvenile detention centers and prison inmates as well as Colleges and Universities. His goal with these presentations is to “simply give them the information and hope they will realize that the power to change and forgive is within us all.”

Alongside Jason Cohen, Zaal and Boger made Facing Fear, a documentary chronicling the events leading to and following the alley attack, as well as the chance encounter that brought their lives back together. Using the Academy Award-nominated documentary short as the cornerstone of his presentation, Matthew is able to open the minds of his audiences and facilitate a powerful and meaningful discussion on the many subjects raised in the film. Conversations sparked by his presentation center around homelessness and bullying, hate and forgiveness with an emphasis on compassion and understanding, in our schools, communities and workplaces as well as our role as active participants in our surroundings.

In addition to the film, in late 2009 the young adult book Freaks and Revelations by Davida Wills Hurwin was released through Little Brown publishing. Since its release it has received numerous awards and critical acclaim for its raw, powerful and honest retelling of the events that lead to the attack in the alley. Through his work as a motivational speaker, Boger is able to move the audience forward from the alley to his life today and what impact we can all have on the people around us. Read Less ^ 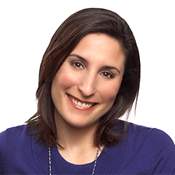