Kelly’s books have sold more than five million copies and have appeared on the New York Times, Wall Street Journal, USA Today, Publishers Weekly, and numerous other bestseller lists. His titles include The Dream Manager, The Rhythm of Life, and Off Balance.

More than four million people in 50 countries have attended Kelly’s presentations and seminars. Over the past decade, he has given over 2,500 keynote presentations at conferences and conventions for a wide variety of organizations including Fortune 500 companies, national trade associations, professional organizations, universities, churches, and nonprofits. Millions more have been touched by his writings and appearances on radio and television programs.

With his keen sense of humor and passion for helping companies understand that developing their employees is the first step to achieving corporate goals, Kelly effortlessly elevates and energizes people to pursue the highest values of the human spirit and achieve their personal goals and ambitions.

Matthew Kelly's message is both timely and timeless, his example is authentic and inspiring, and his passion for life is refreshing and challenging. He will certainly continue to be one of the most sought-after and endearing voices of our time. Read Less ^

Every Organization Needs a Vision

The Culture Solution: Building a Dynamic Culture for Everyone

Nothing will have more impact on your company culture than coaching! Read More >

Companies with the best teams win. When everyone in an organization is committed to the mission, is clear on what is expected of them, and they are consistently coached to be their best, everyone is engaged, and goals are achieved.

Turn every manager into your best manager though the power of coaching. In this presentation, participants will discover:

Great leaders, hungry to drive real improvement (rather than cosmetic improvement), coach their people rather than issuing objectives. Read Less ^

Leading Through Change: Understanding How to Manage a Transition

It is often said that people hate change, but this is not true. People love change; they just don’t like transition. But our businesses and our lives are constantly in transition. Learning how to manage transitions might be the most practical skill in the corporate world over the next twenty years. Read More >

Our businesses are always in transition. When was the last time you were not experiencing some type of transition at work? It could be a new product, a new client, a new boss, new team members, new IT, new processes and systems, new pricing structures, or new office space.

Our personal lives are always in transition. Who on your team is not experiencing transition in his or her personal life right now? Personal transition could include a new job, a new boyfriend or girlfriend, moving to a new city, buying a new house, marriage, divorce, having a baby, sending a child to college, health issues, the death or illness of a loved one, or getting a new pet.

We are constantly in transition, in business and in life. This means that getting really good at handling transition is one of the basic skills necessary to thrive in the modern world. In this presentation, Matthew will teach the audience how to lead people and manage processes during a transition. Using the Transition Diagram, he will demonstrate the different stages of a transition, which members of a team will get on board, which will resist, and who will try to sabotage the transition—and why.

Participants will leave with a practical model that will forever change the way they lead others through transitions to the positive changes they have envisioned for their team or company. Read Less ^

This new paradigm for leadership is based upon the idea that a company cannot become the-best-version-of-itself unless its management and employees are striving to become better-versions-of-themselves. This new paradigm demands that an organization take a more active interest in the lives of its employees. If employees do not believe that their leader has their best interests at heart, it is impossible to expect those employees to have the organization’s best interests at heart.

In this presentation, Matthew will demonstrate how a variety of leadership styles help or hinder the overall objectives of a team or company. Participants will also learn how to lead with authenticity. Read Less ^

Off Balance: Getting Beyond the Work-Life Balance Myth

One of the major issues plaguing the corporate world today is work-life balance. Everyone wants it; nobody has it! But do people really want it? If you had to choose between balance and satisfaction, which would you choose? People want to live deeply satisfying personal and professional lives—and they want to know that both are possible at the same time. Read More >

The work-life balance conversation, which has dominated the corporate landscape for two decades, implies that work and life are separate. In this way, we set work and life against each other, and the thought that follows is that you are either working too much and living too little, or vice versa. But work can and should be a richly rewarding part of a person’s life.

In this presentation, New York Times best-selling author Matthew Kelly will change the way listeners think about the work-life balance question and give them the tools they need to get beyond the balance myth and start building a life that is deeply satisfying, both personally and professionally. Read Less ^

The Dream Manager: Building a Bigger Future for Your Company & Your People

Once every twenty-five years or so a concept comes along that perfectly identifies a common problem and teaches us a new way. The Dream Manager is that concept. Read More >

The great majority of the people in the workplace today are actively disengaged at some level. To varying extents, they don’t feel connected to the work they do, the organizations they work in, or the people they work with. No single factor is affecting morale, efficiency, productivity, sustainable growth, and profitability more than this disengagement.

The Dream Manager concept provides a revolutionary way of reversing this crippling trend and demonstrates how organizations large and small can actively engage their people once again, thus creating a competitive advantage of monumental proportions.

In this presentation, Matthew explains the powerful connection between employees’ personal dreams and a corporation’s ability to achieve goals and sustain growth. Exploring the characteristics of healthy and unhealthy organizations, he demonstrates that a company cannot expect to attract and retain the employees necessary to guarantee sustainable growth and profitability unless that company can help those same employees move in the direction of their personal dreams and ambitions.

"Without question, Matthew Kelly is the best speaker that we have ever had address our company. I wish I had a dollar for every time I have heard someone quote him since his visit."

"It’s rare to find a speaker who can truly inspire an audience and deliver practical life-changing information. Matthew Kelly is one of those speakers. Without question, he exceeded our expectations and I see the impact he made continuing in our people each day."

"Matthew Kelly knows what it takes to inspire an audience and motivate teams. Since his presentation, people have been more energized than ever before. The way that he demonstrates the connection between personal and professional lives is genius and has ignited a real passion in our culture."

"Employees no longer show loyalty to their companies…but it is difficult to demonstrate loyalty unless you can feel it coming back to you! Matthew Kelly's The Dream Manager puts realism behind the statement that ‘our people are our most important asset.’ Treating your employees as if they are #1 provides a better chance that they will be treating your customers in a like fashion."

"We didn’t want our event just to focus on corporate goals. We wanted to show our sales force that we are interested in them as people. They have never felt more appreciated and, as a result, we are having our best year yet."

The Culture Solution: A Practical Guide to Building a Dynamic Culture 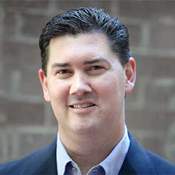 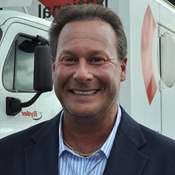