Meagan Good was most recently seen in Lifetime movie Love by the 10th Date, which premiered on January 28, 2017. She also starred in the American crime drama Deuces, in August of 2017. She will star as Foxy Brown in the upcoming Hulu adaptation of the 1974 film of the same name. Last year, Good published her first book, The Wait: A Powerful Practice for Finding the Love of Your Life and the Life You Love, which she co-wrote with her husband, DeVon Franklin.  She also guest-starred on CBS’ medical drama Code Black, in which her character had a 3-episode arc. Read More >

In 2015, Good starred in the lead role on Fox’s series Minority Report.  Good was also in the coming-of-age film, A Girl Like Grace, which she also co-produced and premiered at the 2015 Los Angeles Film Festival. Additionally, she starred in Think Like a Man Too, the sequel to the 2012 smash hit, Think Like a Man, based on the best-selling book by Steve Harvey. She also was featured in Anchorman: The Legend Continues, the sequel to the 2004 box office blockbuster. In one of her first major film roles, the 1997 family drama Eve’s Bayou, she received critical acclaim for her powerful performance opposite Samuel L. Jackson, winning an NAACP Image Award and a Hollywood Reporter nomination.

Other film credits include The Unborn, The Love Guru, Jumping the Broom, Stomp the Yard, Brick, You Got Served, D.E.B.S: Waist Deep, Biker Boyz, Deliver Us From Eva and Saw V.

Good began starring in commercials at age four, and has filmed more than 60 national television ads. Her first major television role was the character of “Nina” on the 1998 cable series Cousin Skeeter, which aired for three seasons. In 2001, she transitioned to primetime television with a recurring role on Raising Dad. Good’s other television credits include Deception, Californication, Moesha, The Steve Harvey Show, The Division, The Parent ’Hood, My Wife & Kids, All of Us and most recently NBC’s Mr. Robinson which premiered as the most-watched summer comedy debut on the big four broadcast networks since 2007.

In addition to acting, Good’s ambitions led her to produce her own independent films, including executive-producing and starring in the 2006 feature Miles From Home. A favorite of critics, it premiered at the Pan African Film & Arts Festival, the DC Independent Film Festival and the Atlanta Film Festival, where it managed a clean sweep of the major awards: Best Feature, Best Actor, Best Actress (Good) and Best Director. She also produced and starred in Video Girl, which depicts the sordid and misunderstood life of a music video superstar.

Good resides in Los Angeles with her husband. Read Less ^

A Conversation with Meagan Good

Actress, Orange is the New Black & Jane the Virgin 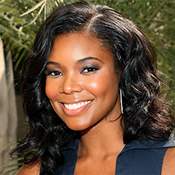